Trying to see the bright side 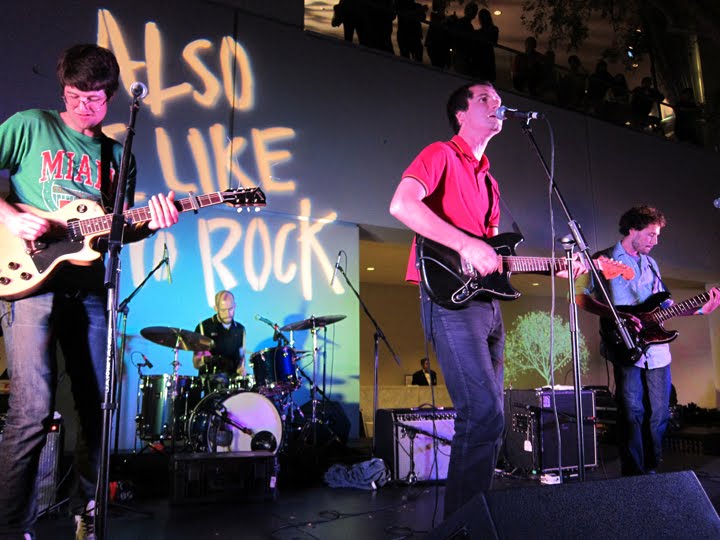 It's become a summer tradition of ours to go to the Hammer Museum free concert series that happens every Thursday in July. The first one I ever went to was back in 2006 when Run Run Run and Silversun Pickups played. It's an awesome place and I absolutely love enjoying a summer night with good music in a nice UCLA museum in Westwood. Other bands I've seen here are Shiny Toy Guns, People in Planes, Deadly Syndrome, Band of Skulls, Amazing Baby, Miss Derringer, and more. As you can see, the lineup does not disappoint. This year, I was excited to see that The Soft Pack were playing. I hadn't seen them in such a long time it was kind of ridiculous. Hanni El Khatib went on first. It's just him with his guitar and a drummer. It was nice and loud and had a modernized soulful rock sound. Very nice indeed. Then, The Soft Pack played starting with "The Bright Side". It just made me dance. There were stanchions and velvet ropes that kind of stood in front of the stage. By the middle of the set, we were all pushed forward to the edge of the stage. Some people almost fell onto the stage. This guy in the crowd adjusted the moved monitor. But it was all good fun. The fans were happy and dancing. It's been a while since I've had this much fun. And I got the set list, it had some interesting stick figure drawings. 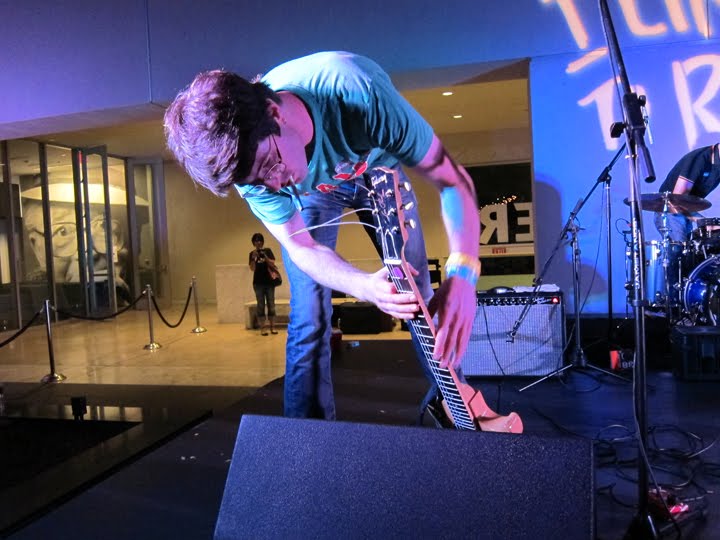 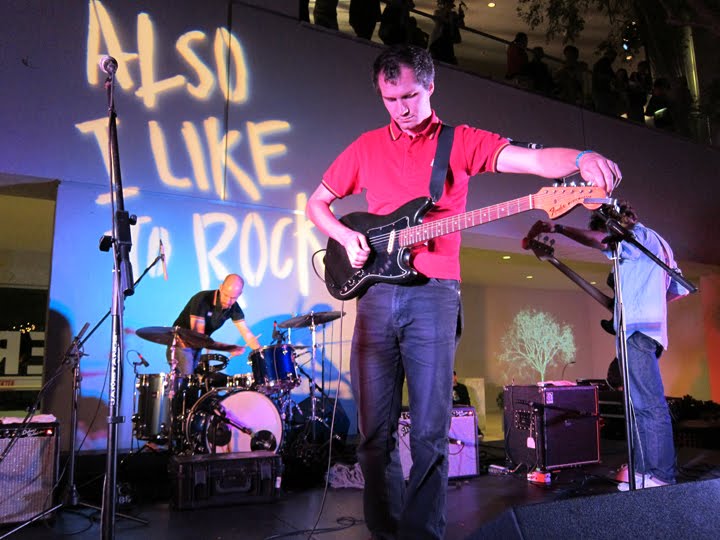 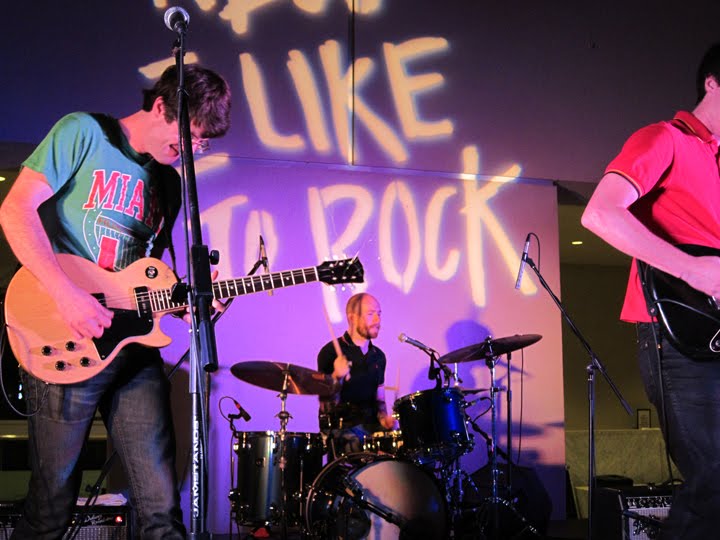 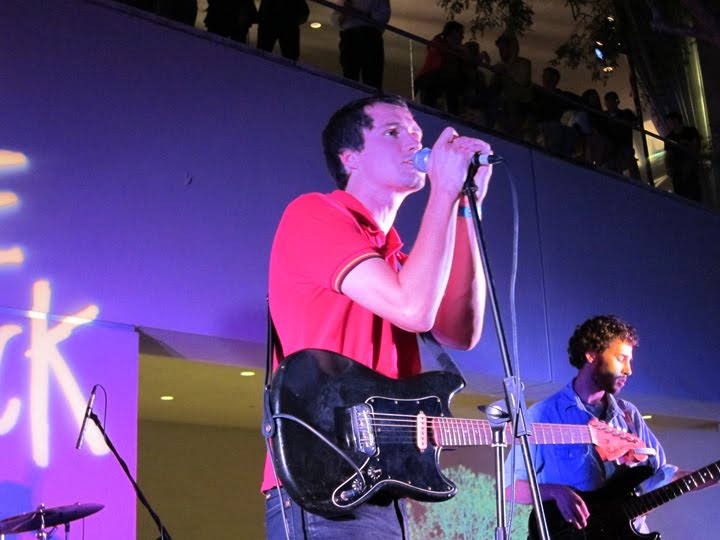 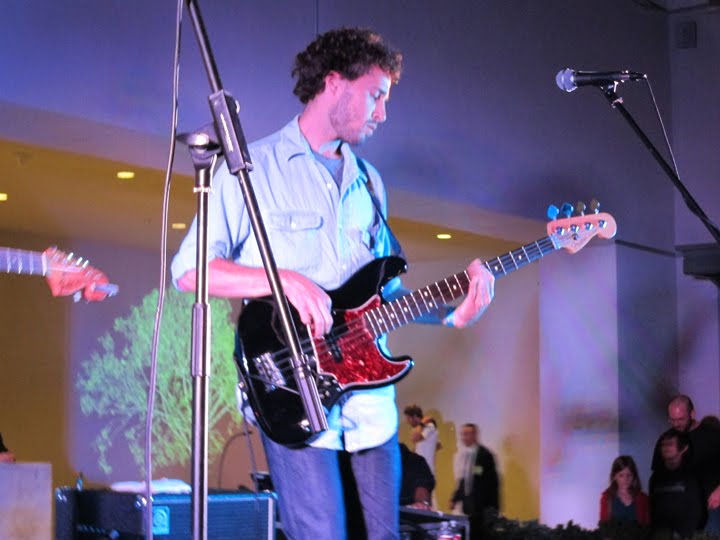 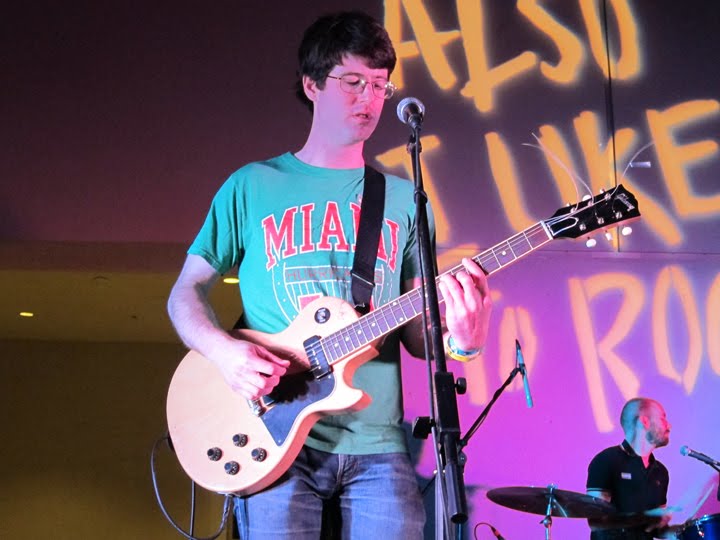 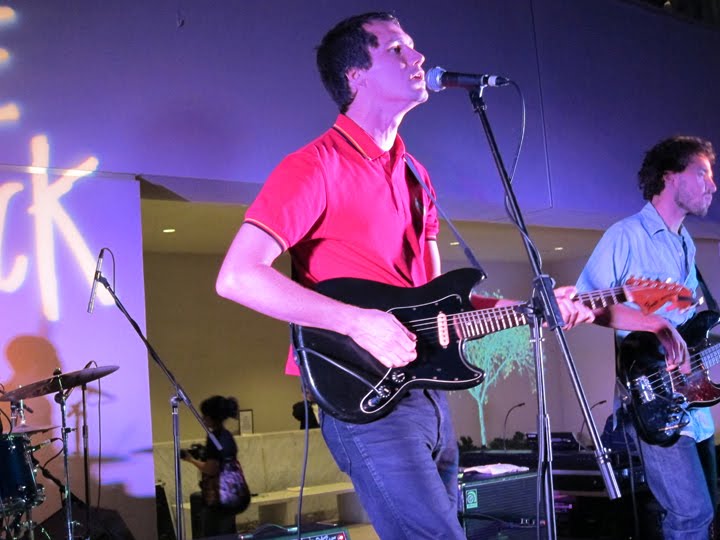 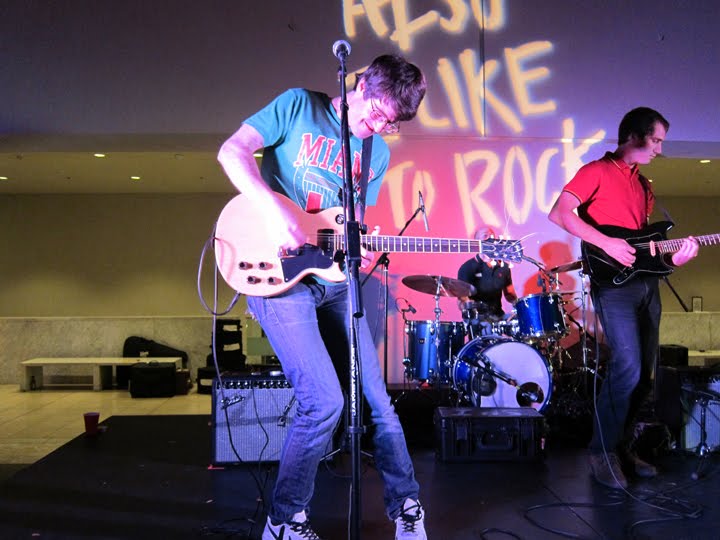 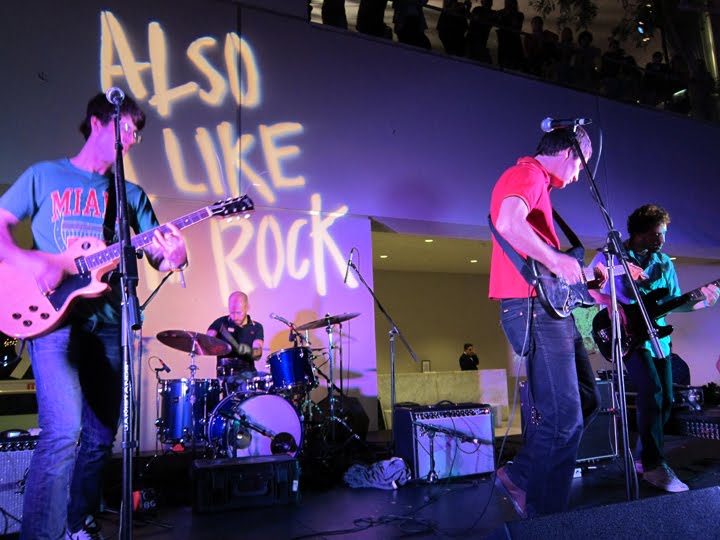 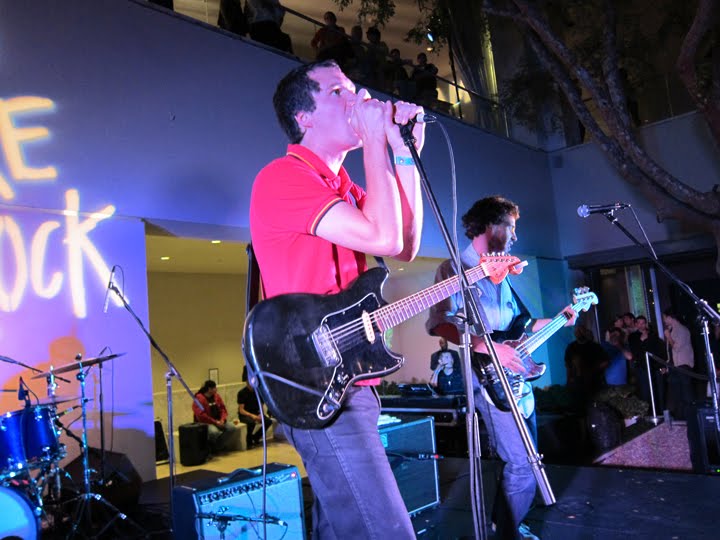 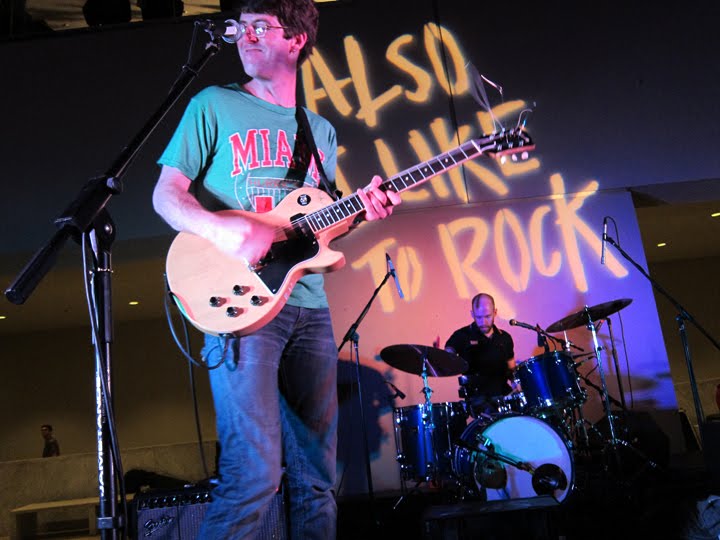 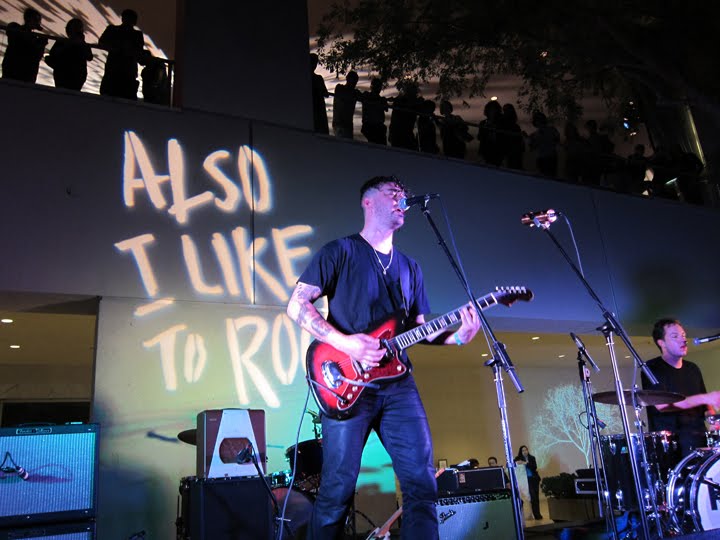 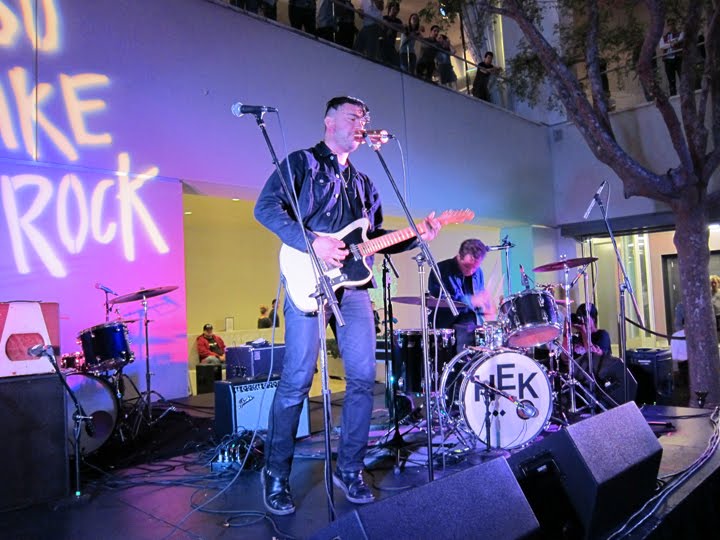 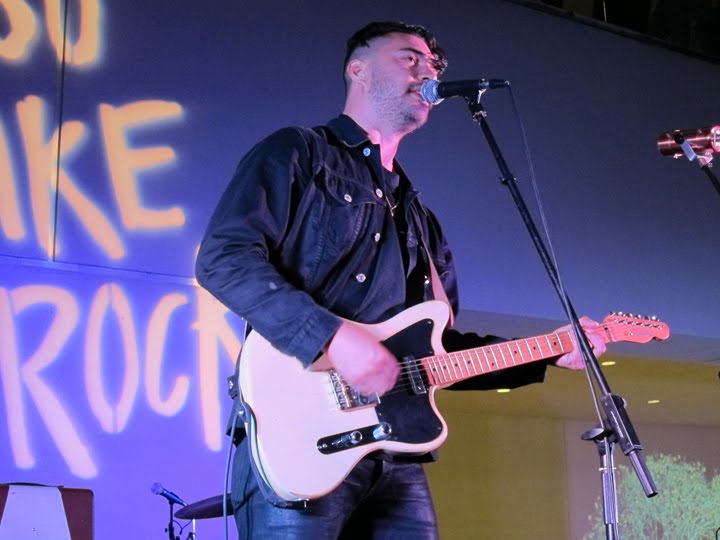 Past post about The Soft Pack
Posted by Youngest Indie at 6:57 PM