I walked with a zombie 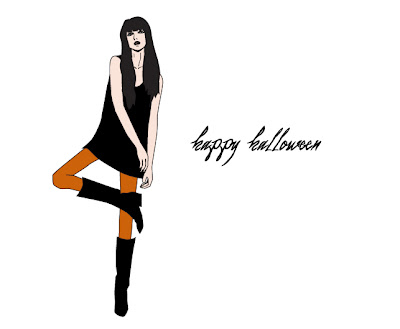 I had my costume and everything, but plans have changed and I don't know if I'm going out at all. If I do, I will definitely post up my costume picture. The illustration is very Luella Fall 08. I know I haven't been doing anything creative for myself. Work has been crazy, and I've been sick since last week. I don't have time to draw or make my play doh things anymore. Which makes me blue. But, I couldn't let Halloween pass without a proper Halloween illustration.

Today, I rcvd an anonymous comment about searching for song lyrics. If you haven't figured out already, 99% of my post titles are lines from a song. I will start writing the name of the song at the bottom of each post from now. If you have any specific questions, feel free to email me! And I will be more than happy to tell you song titles and artists. I am completely music obsessed, if it wasn't apparent.

Roky Erickson - I Walked With A Zombie
Posted by Youngest Indie at 7:42 PM No comments: 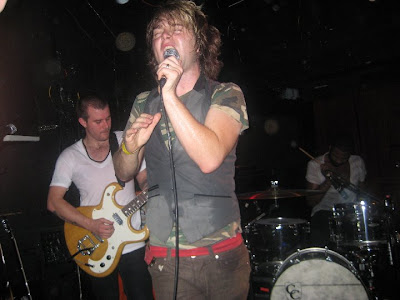 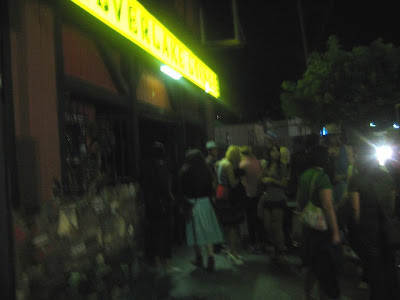 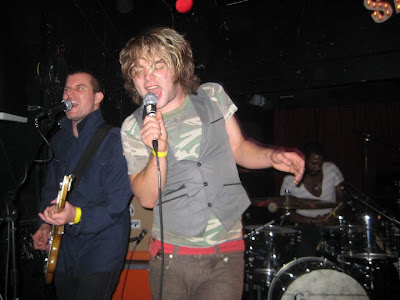 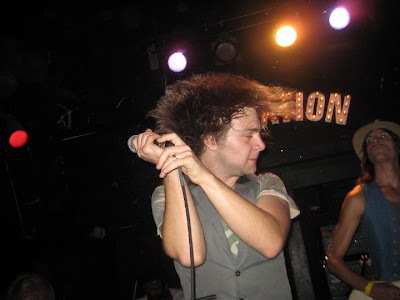 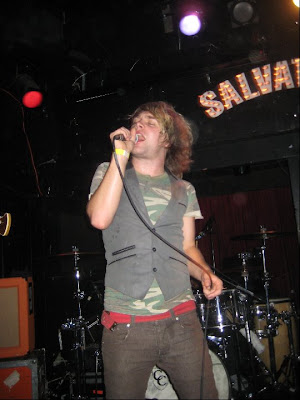 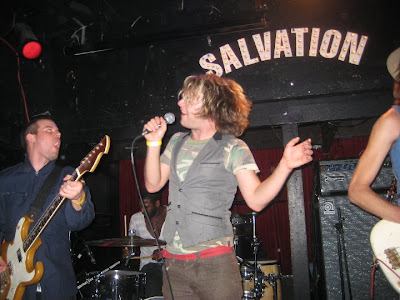 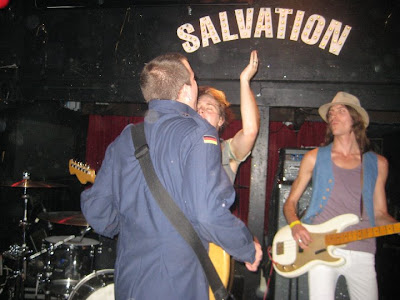 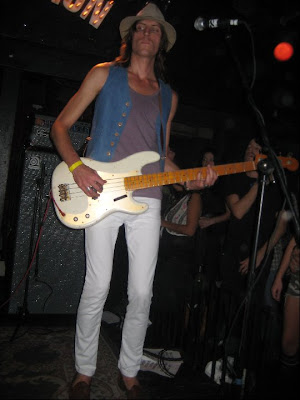 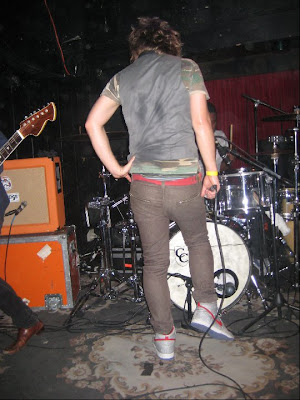 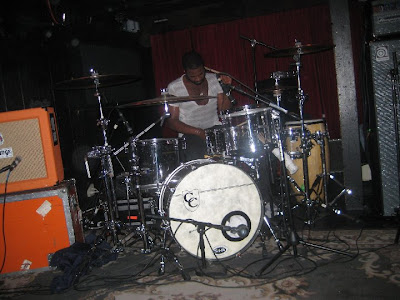 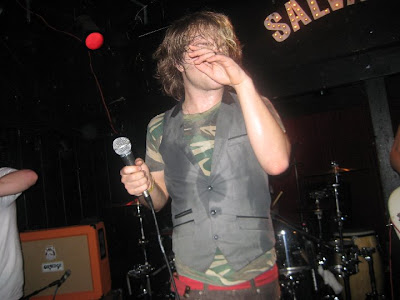 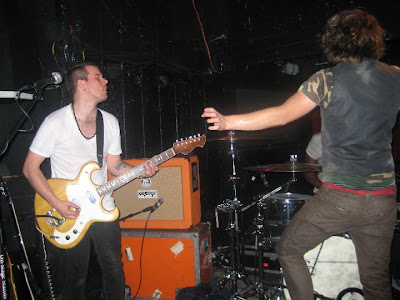 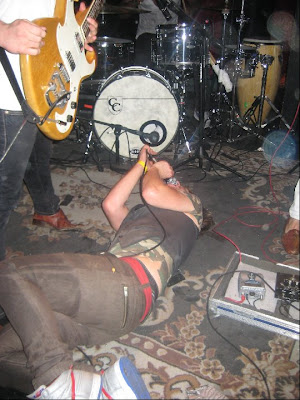 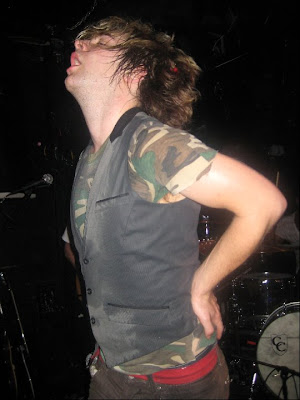 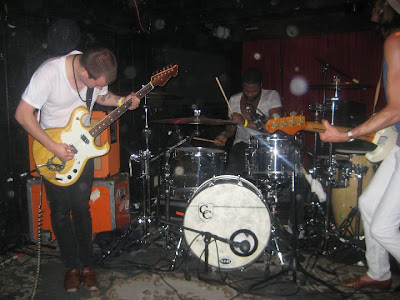 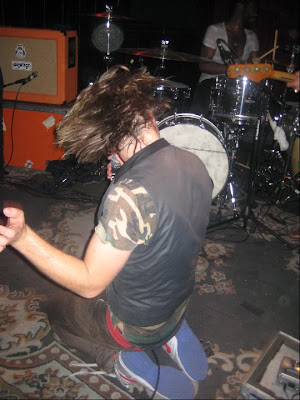 His organ sounds like clouds
brushing against the moon
on an ice crusted midnight
but everything it hurts
Go do yourself a favor and listen to "My Organ Sounds Like..." or just buy the album already.
Posted by Youngest Indie at 10:48 AM 2 comments:

I don't feel comfortable talking to you

I hesitated about buying tickets to this show only because I love small venues. But what better reason to check out the brand new Nokia Theater than to see the one and only Kings of Leon? We got pretty decent seats, although I almost cried as we passed by the "pit entrance". The Stills and We Are Scientists opened. Then it was a full house when Kings of Leon hit the stage. They opened with "Crawl", and played favorites like "King of the Rodeo" and "Knocked Up". They sound amazingly perfect live. The drumming is so awesome. Oh, and the sounds system at Nokia Theater is incredible. On a side note, I was watching the advertisements of upcoming shows in between sets on the big screen. Did you know International Noise Conspiracy is playing with Taking Back Sunday at Club Nokia? I went off about how I think INC should be headlining, even though I do like TBS. I mean, come on. 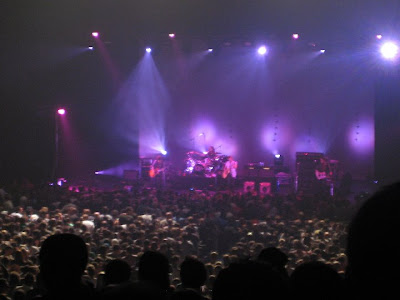 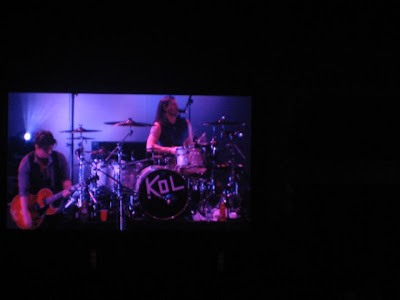 I seriously uploaded pictures and wrote this post last night. While rearranging the order of pictures, I accidentally deleted everything. Yeah, and I was sleepy so I went to sleep. Anyways, Saturday was the annual Eagle Rock Music Festival. Last week was really hot in the beginning, but by Friday it was grey. Saturday it rained. On our way there, it was raining. We found a perfect parking spot. I was excited about the cold weather. I got to wear my hat, my jacket, and my favorite boots are back. Right when we got to the main stage, Earlimart had just set up and was about to go on. Perfect timing. I love Earlimart. They're so good. Their sound is beautiful. It rained throughout their set, but that didn't bother me. I loved it actually. The wet streets, the dim lights, the smell of the wet Earth, the night air, the sounds of Earlimart. Then we went to check out another band at another stage. I liked one of their songs, but I was seriously so disappointed with their live performance that I didn't even take one picture of them. I left after one song in awe. I think they even knew they didn't sound so great. I mean, I go to a lot of shows, I'm obsessed with music. And when you're bad, man, it shows. It bothered me more that they were "dressed" like a "band", because they sure didn't sound like one. So I went to go get coffee at Swork, in true Eagle Rock fashion. Then we went to check out The Parson Redheads. I know they're well known in LA, but I still hadn't seen them. I really enjoyed their performance and they sounded great. All in all, this was a perfect night. 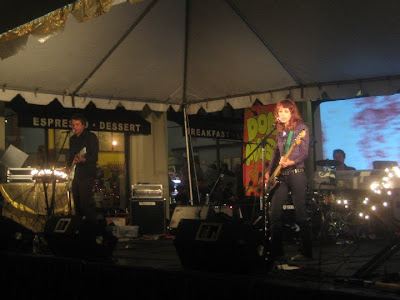 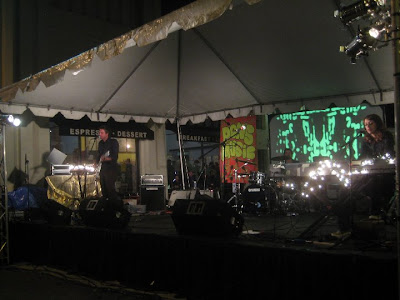 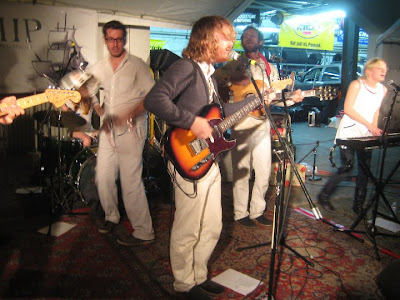 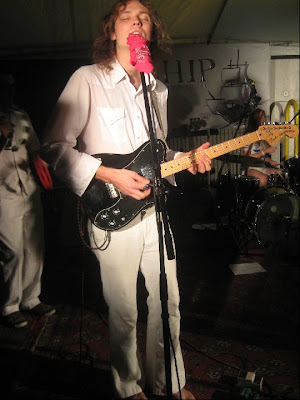 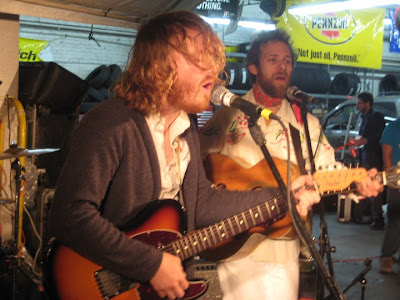 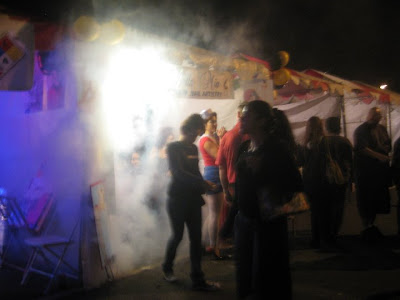 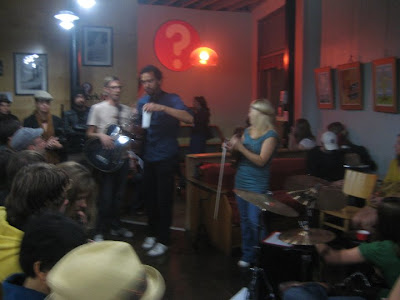 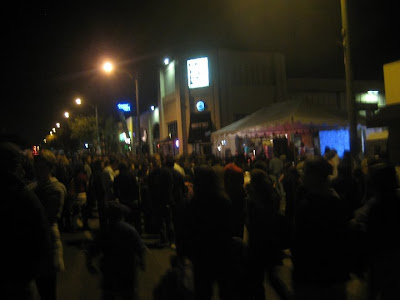 Posted by Youngest Indie at 9:22 PM No comments:

Just say you want me too and I'll be yours forever 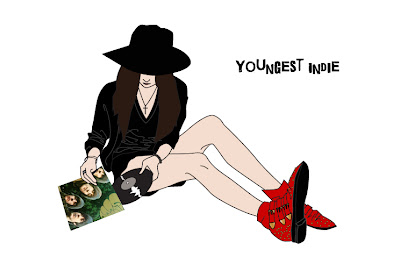 I'm obsessed with those studded Chloe ankle boots. They are perfect in every way, shape, and form. Too bad I can only daydream about them because I definitely cannot afford those. If I had skinnier legs, I would wear it the way I drew it here. Work is crazy and I need a vacation. :(
Posted by Youngest Indie at 10:42 AM No comments: