And I want you to know I'll be with you 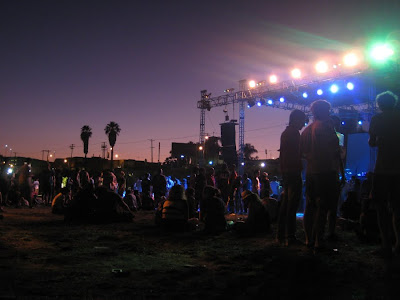 When the info for the FYF Fest came to my inbox, I got excited for two reasons: 1) it was going to be held at that park, you know THAT park in Chinatown, where I usually go to for photo shoots and random fun stuff. and 2) the Black Lips! You know I don't do big festivals. But I would totally make an exception. I actually held out on buying tickets just because even if I knew I'd go. Thank goodness I held out because I got them on sale for 8 bucks! Yay! I drove by the festival earlier in the day since I was around the area. I almost fainted and was overwhelmed with the massive line! It was around 6:00ish when I arrived, and the line had disappeared to my relief. I purposely got there late because I was planning to see the Black Lips and they were set to go on at 11:00pm. I got there just in time to see the Thermals. Kinda bummed I missed Avi Buffalo, but they went on way too early. The porta-potties (my nightmare) were not too bad. Everything was perfect and well set-up. I think they did a great job putting this together. Awesome. I had a lovely time. No Age's set was crazy. No, the fans were crazy. What was that? Water balloons? All I know is that popcorn bags and water and liquids went flying everywhere. I had to step back a little. Hipsters eating corn was like the cutest thing. 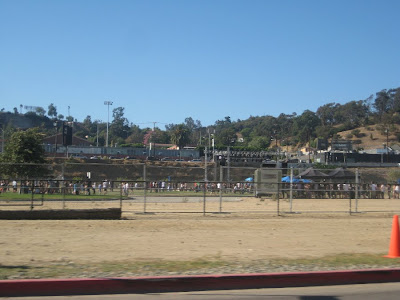 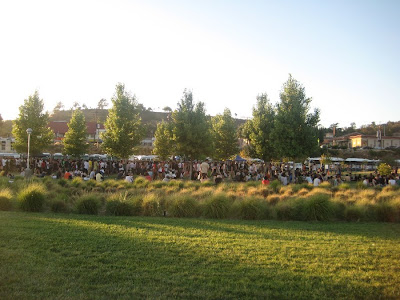 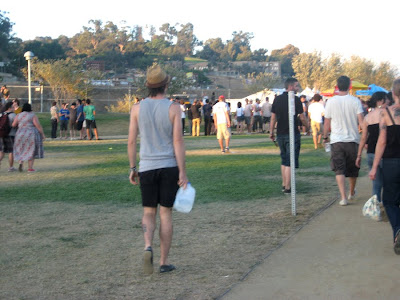 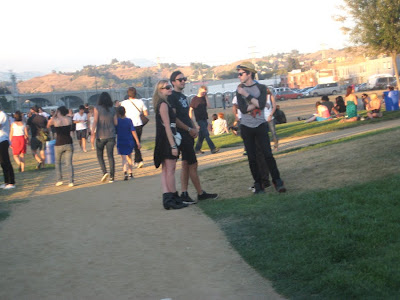 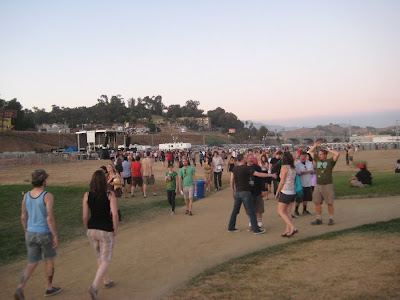 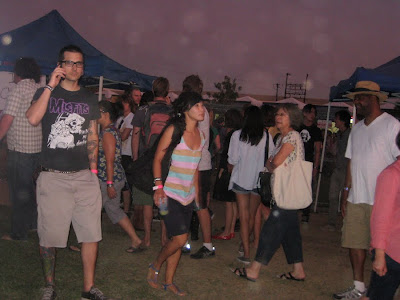 The Thermals - I made a mental note to go see this band couple years ago, but I never did. Boy, did I kick myself for not having done that sooner. When I saw them at the FYF fest, they were so good. I love them! I totally recommend them. A lot of fans came out and you could tell that the band enjoyed it as much as the fans. 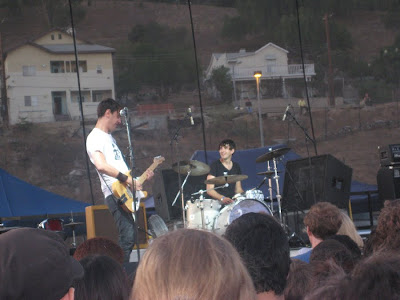 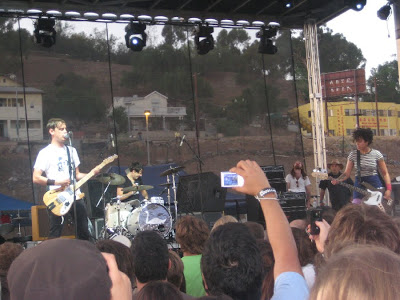 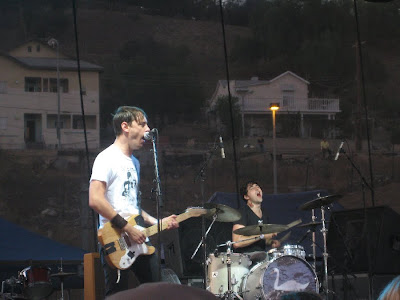 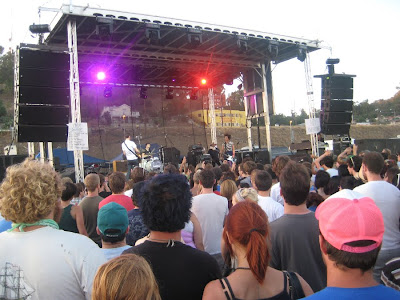 The Black Lips
Remember when I said I'd never go to the floor section of another Black Lips show ever again post-El Rey experience? Well, I lied. I mean, how can you not be a part of all that madness when the Black Lips are playing right there in front of you? How else would you watch them? It started getting crazy as soon as they started. Again, they opened with my favorite "Sea of Blasphemy" and I knew I had to be part of this. I ended up like second/third row somehow in front of Ian. It was mad fun except when a crowdsurfer kicked my cheekbone with his muddy shoe. During the last song, Jared ran and did a big stage dive with his guitar! Anyways, it wasn't nearly as rough as the El Rey show. 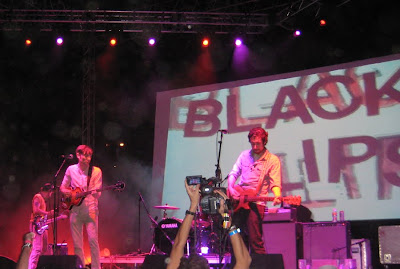 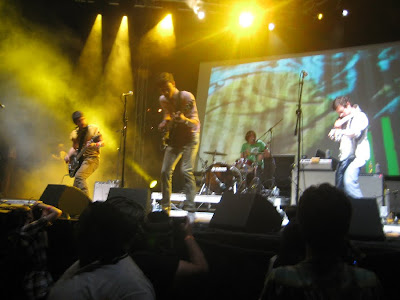 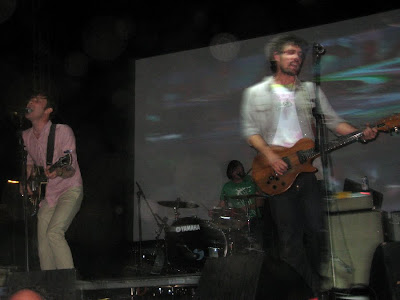 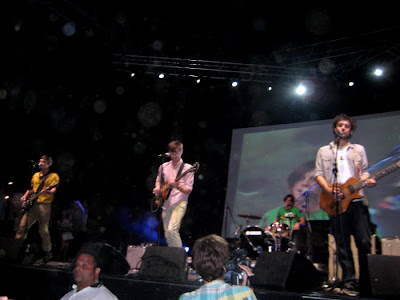 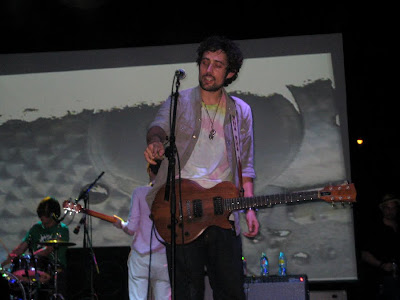 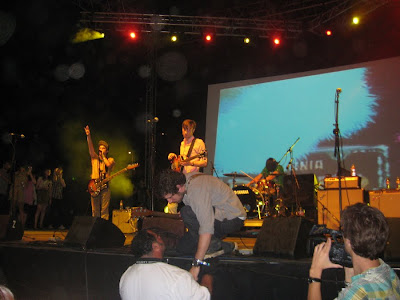 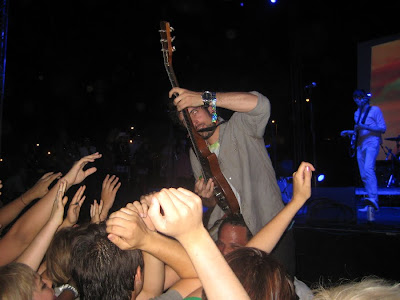 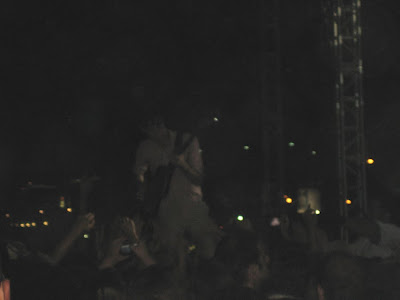 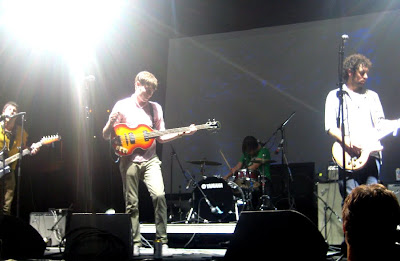