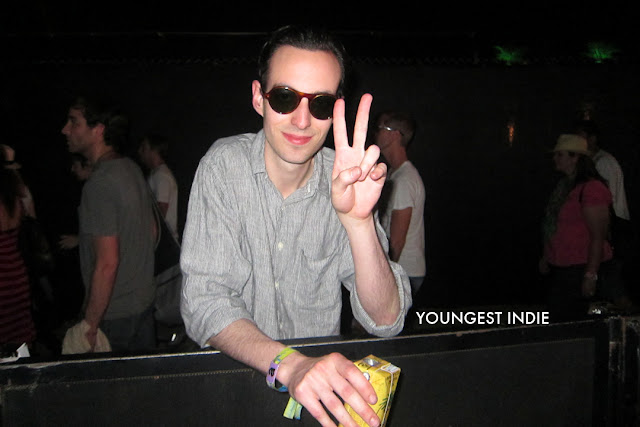 4.20.2012
I was watching Pulp at Coachella, then I spotted The Horrors watching Pulp at Coachella.  I was able to chat with Tom for a little bit and take his photo.  It was not my first time meeting him (this must be obvious if you've followed this blog, I have lost count of how many times I have seen The Horrors).  Anyways, Tom is the best and always so polite.  This was a good memory I keep from my first Coachella ever. 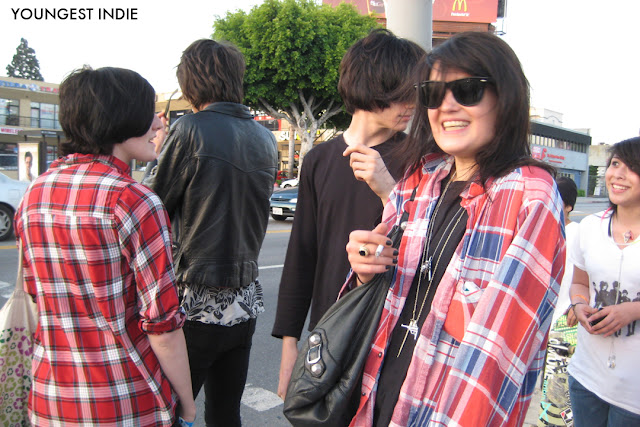 5.23.2009
This was during the Kills/Horrors tour.  I was in line in front of the Fonda Theater in Hollywood, and I literally had to sprint down the street to catch up to them.  Alison Mosshart was freaking awesome and let me take this picture.  There's another photo I took where she is posing more, but this photo is the best.  She is laughing at me for sprinting down the street and totally fangirling.  It's ok.  She is one of my favorite style icons and true rock and roll swag master.  Oh, hey, it's Faris, Josh, and Emily in the background. 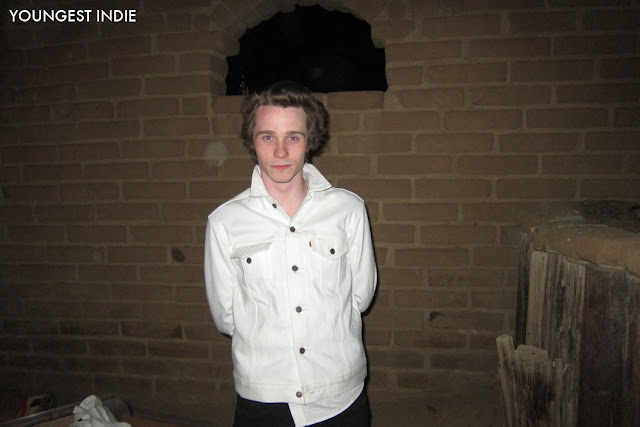 4.18.2013
I drove to Pioneertown from LA and back the same night for one show.  Crazy, right?  I don't think I'd do it again, but this night I did it for Franz Ferdinand.  Crazier thing is that earlier that week, I saw FF and Palma Violets at the Fonda, and saw Palma Violets again at the Echo.  Here's Chili at Pappy and Harriet's post show. 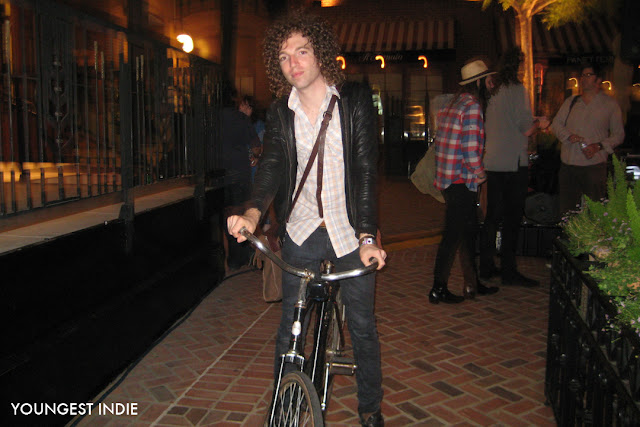 6.12.2010
This wasn't the first time I met Steve Bays.  (Again, very obvious if you've followed this blog for the past ten years).  But this photo came out awesome.  I love everything about this photo.  The bike, the band in the background, Steve looking stylish.  Taken at the free summer concert night at One Colorado in Pasadena. 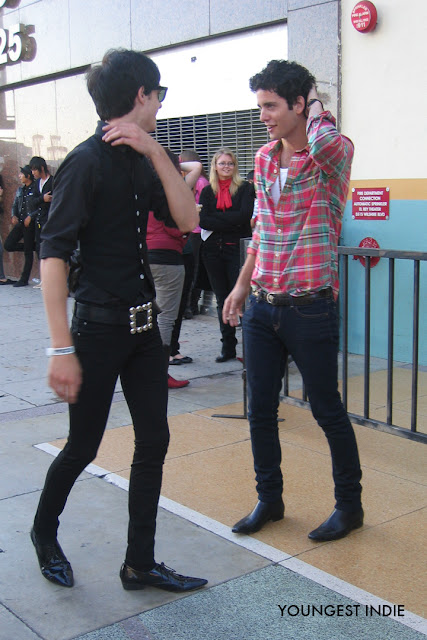 6.19.2007
I've seen this picture reblogged on various Tumblrs.  Yes, I took this photo way back in 2007 when The Horrors were playing El Rey.  Before the show, some of the band members were hanging out outside and taking pictures with fans.  Yes, that is Freddie, pre-Vaccines. 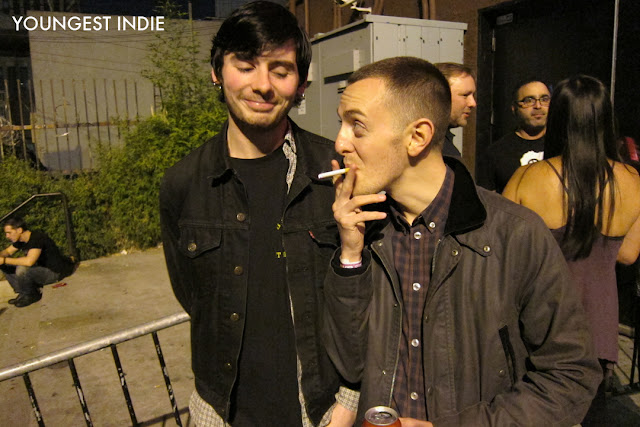 3.12.2011
There was a pre-SXSW show at the Echoplex.  We went to see Chapel Club (sadly split and no more), but we were lucky enough to see them perform that night.  Not only that, we got to meet them afterwards and chat.  Here's a photo I took of Liam and Lewis.  Lewis is posing for the photo. 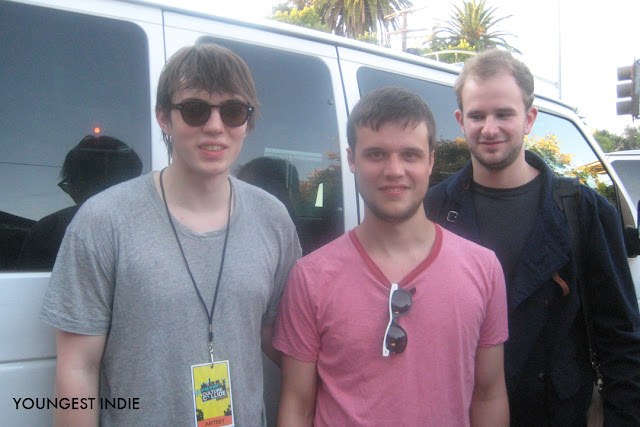 10.10.2010
White Lies.  They look so sweet in this picture.  Looking at this picture makes you forget that on stage, they play some epic songs that give you goosebumps and all kinds of feels.  Met them after their set at the Culture Collide block party, but I had also seen them the night before at the Echoplex. 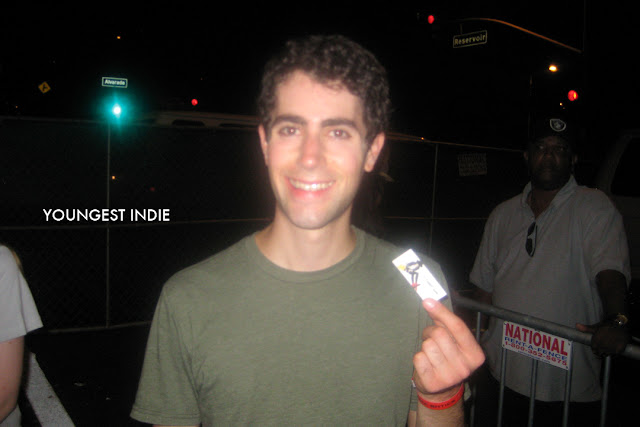 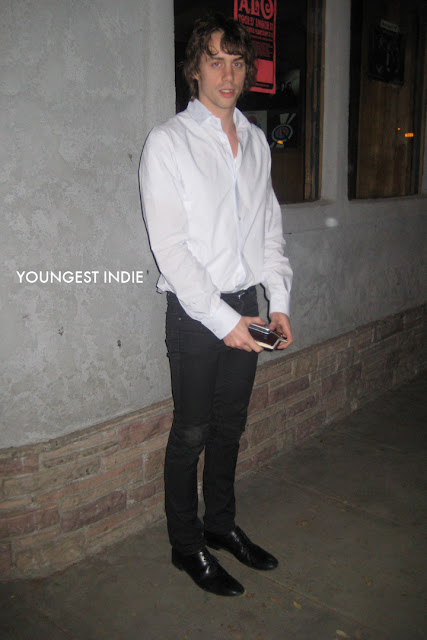 2.4.2009
One of the most quintessential indie bands is Razorlight.  I met Johnny Borrell in front of the Troubadour before the show.  He was super charming and even let me take this photo of him. 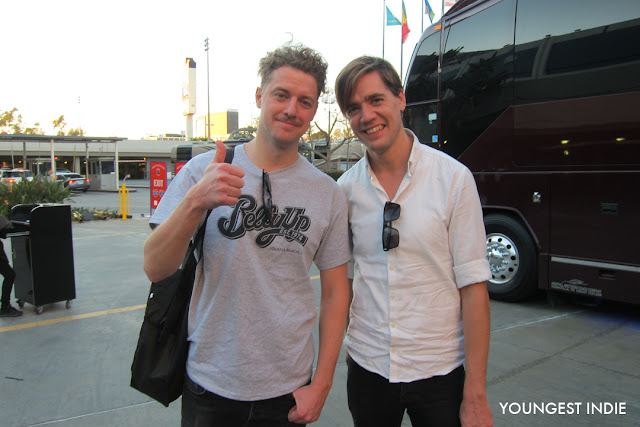 2.16.2013
Here is hands down one of the best days of my life and exaggerating, I am not.  A huge part of Youngest Indie's 10 years, and even before that.  This was the day I finally met Pelle and Niklas of The Hives.  Staples Center Los Angeles, CA.

Posted by Youngest Indie at 1:42 PM