You better count your blessings 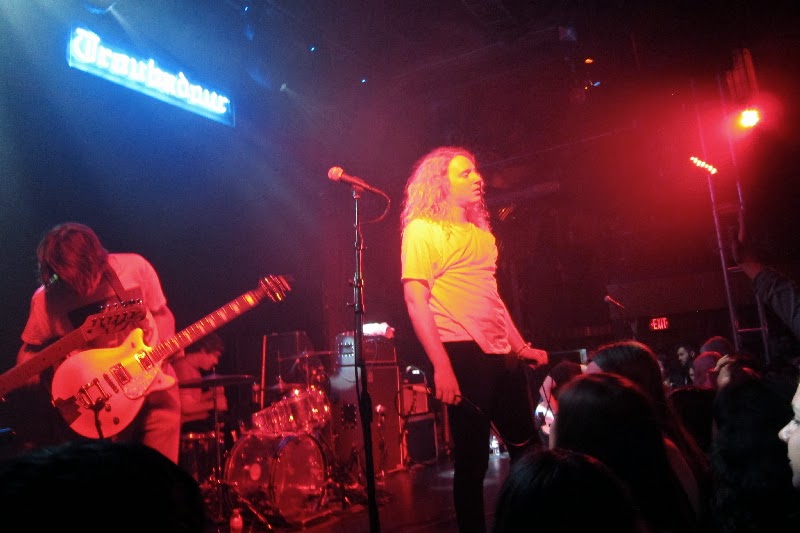 We took some shortcuts and arrived at the venue earlier than estimated, which was a really good thing because we got there just as the first band went on.  This show was the best show I've been to in a very long time.  I guess there's no denying my love for simple garage punk bands.  That's where my heart is.  All three bands were really good.  What a great lineup!  I've been stressed out and a little blue but when I was at this show, I was able to forget everything and be happy and enjoy the show.  Criminal Hygiene opened the night with a fun, loud set.  The singer rocking a cool MC5 t-shirt.  Twin Peaks were great as well, even doing a cover The Replacement's "Bastards of Young", dedicating it to anyone not going to Coachella.  Then, The Orwells.  As the band members set up their own gear, which is something I like to see, Mario's performance started even before their set began.  At this show, his pre-show antics consisted of squeezing a bottle of lotion (or was it shampoo) all over his fans.  Then, he froze and posed up close for all those fans going crazy taking pics with their phones.  But, crazy on-stage antics and cool personalities aside, what a fun show that was!  Oh, I was so overjoyed.  They did a short cover of "Build Me Up Buttercup" that totally made me lose it.  And they even did a cover of the Black Lips' "Not A Problem".  (If you've been following my blog, you know how much I like them.)  Yes, covers are familiar, unexpected, and lovely, but it's their music that made me a fan (if you've been following my tumblr, you know I'm an Orwells fan).  They opened with "Other Voices" and we all immediately jumped up and down and danced.  The crowd was great: teenagers, adults, older people, and even a blind man, all moshed and danced together happily.  It was the best night, and this is why I love punk.  I live for these moments. 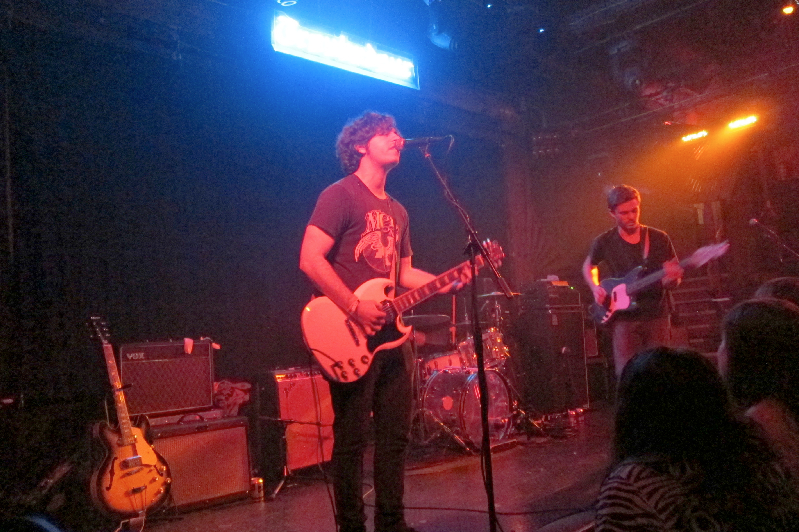 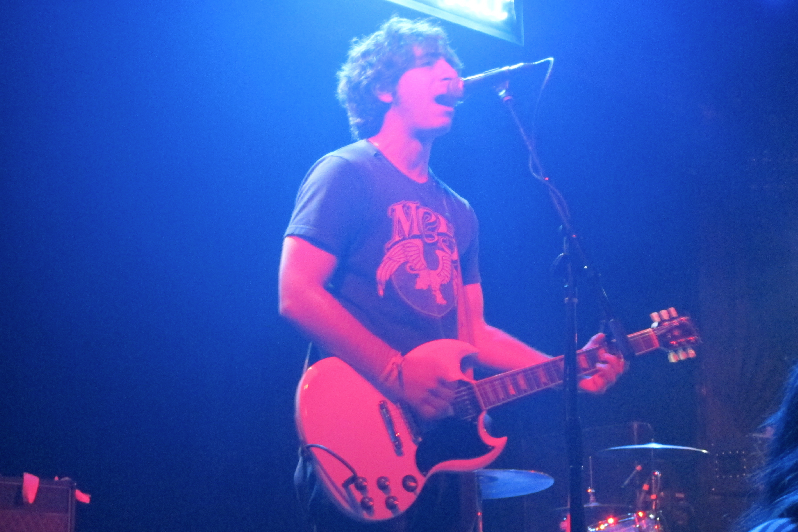 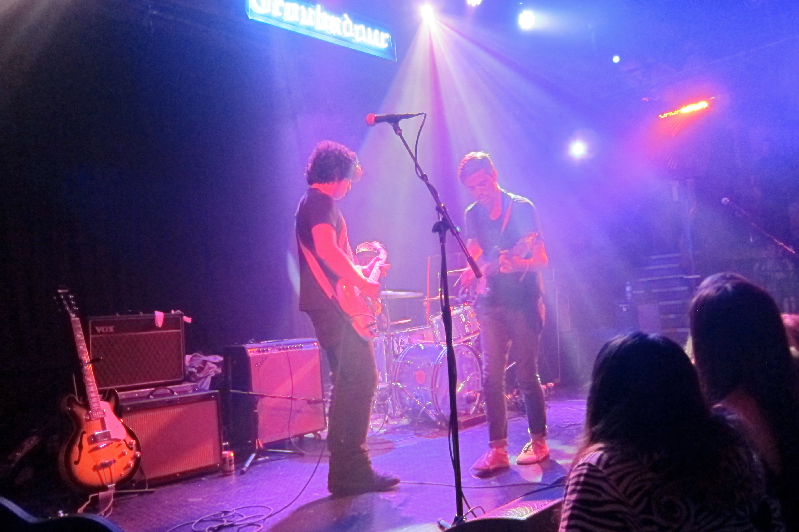 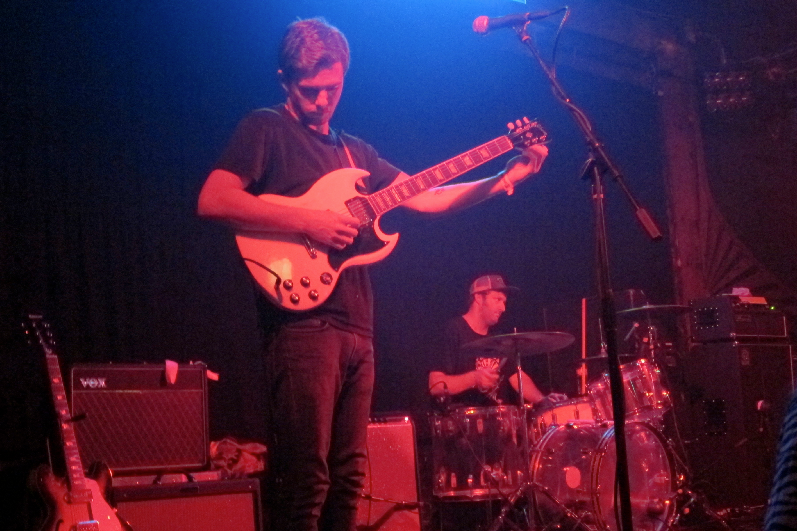 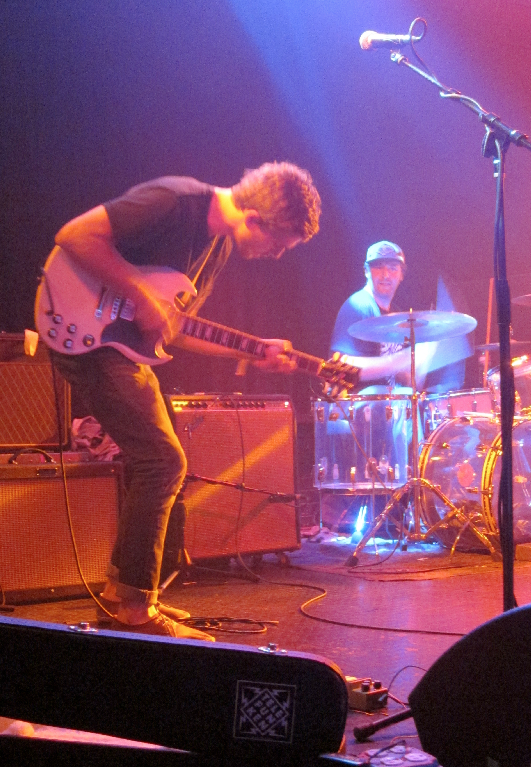 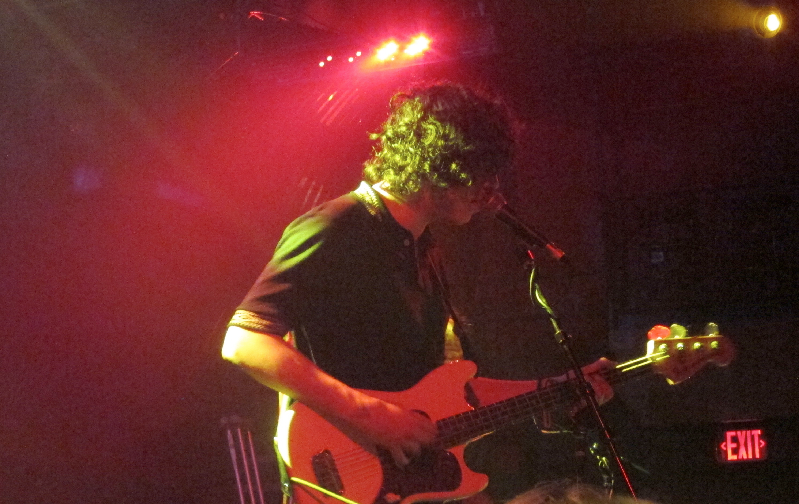 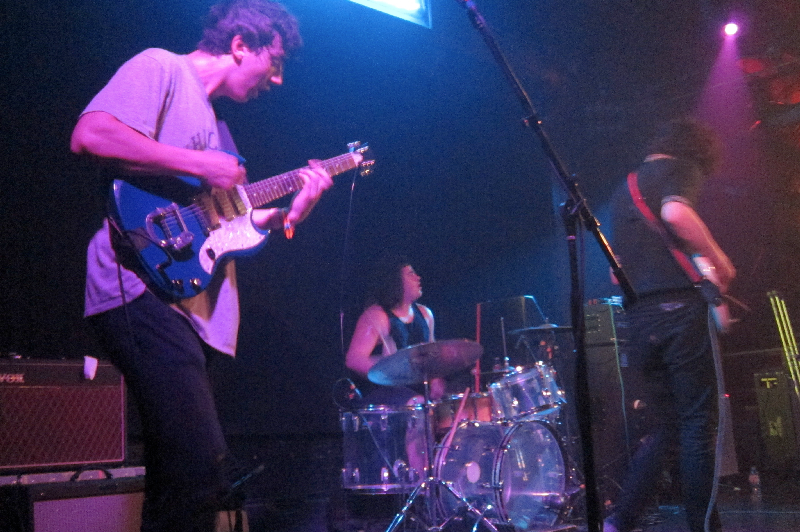 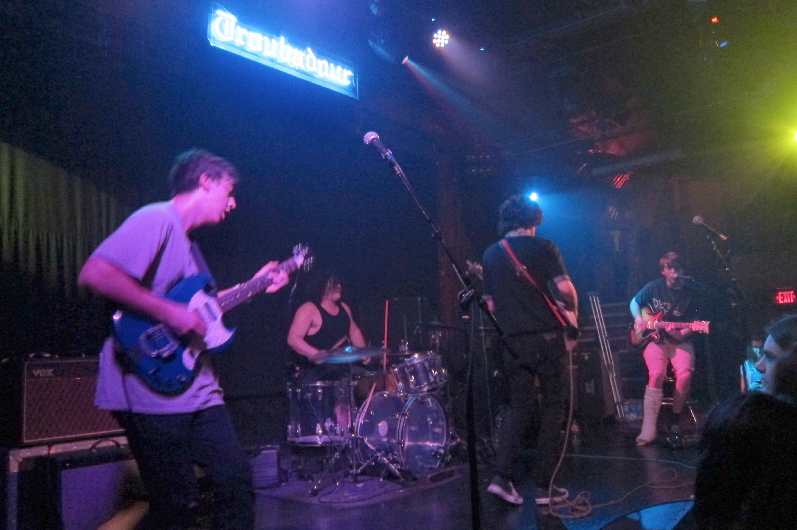 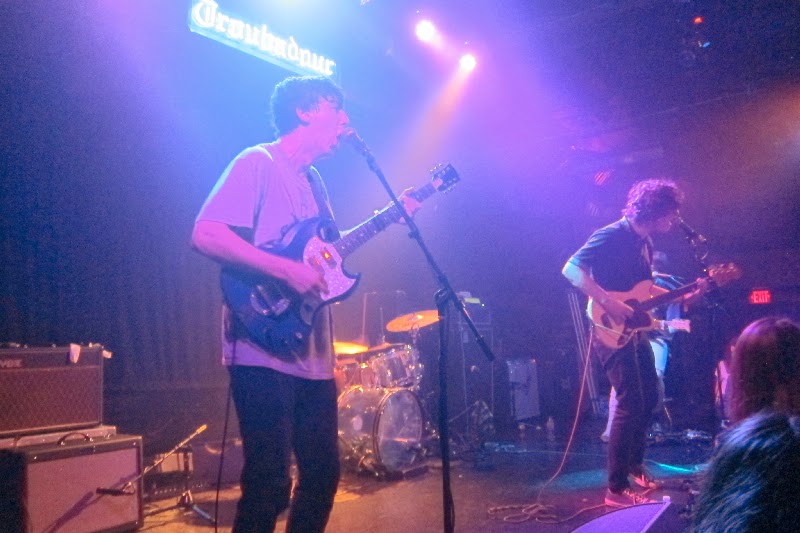 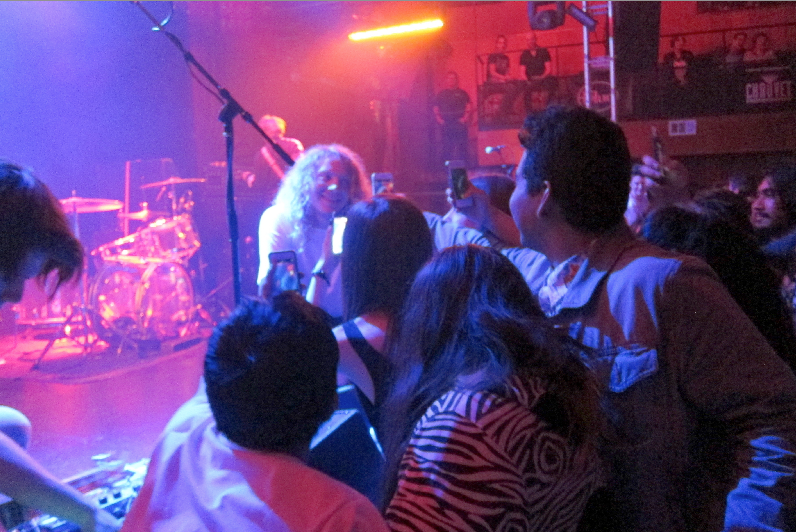 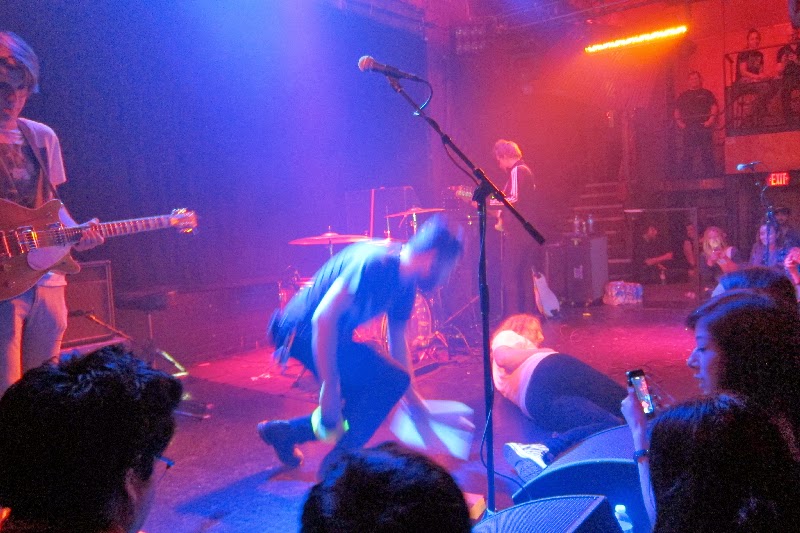 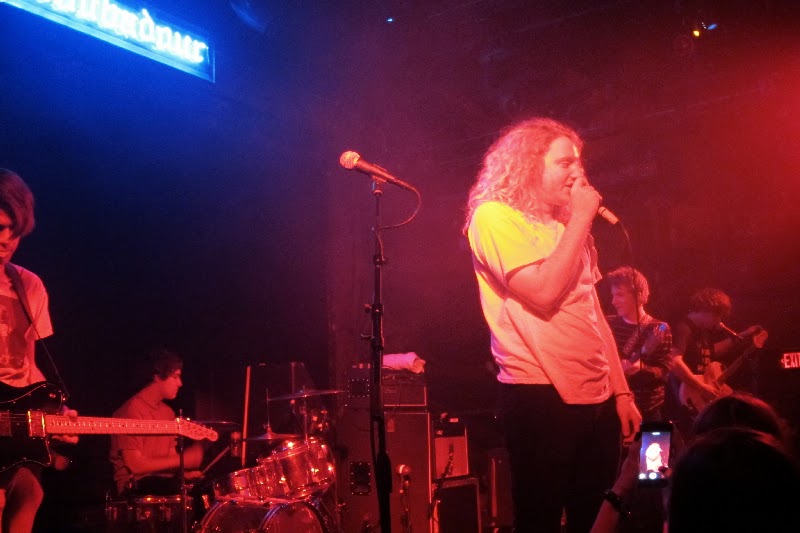 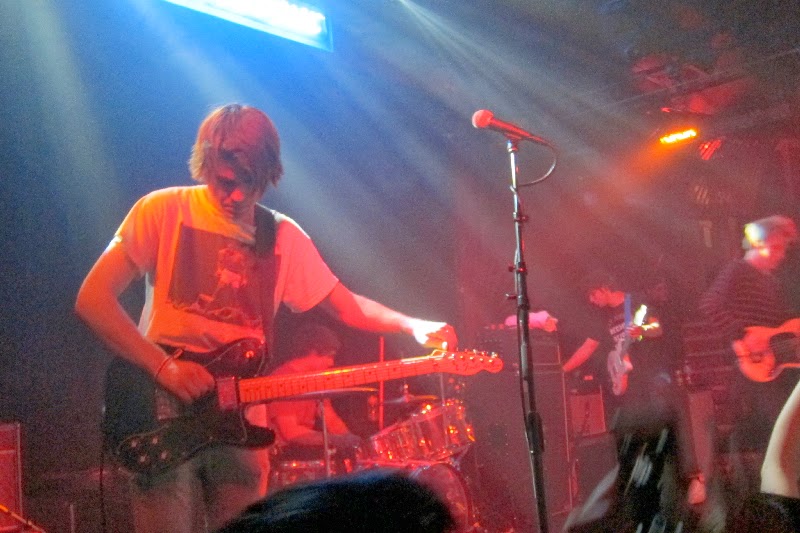 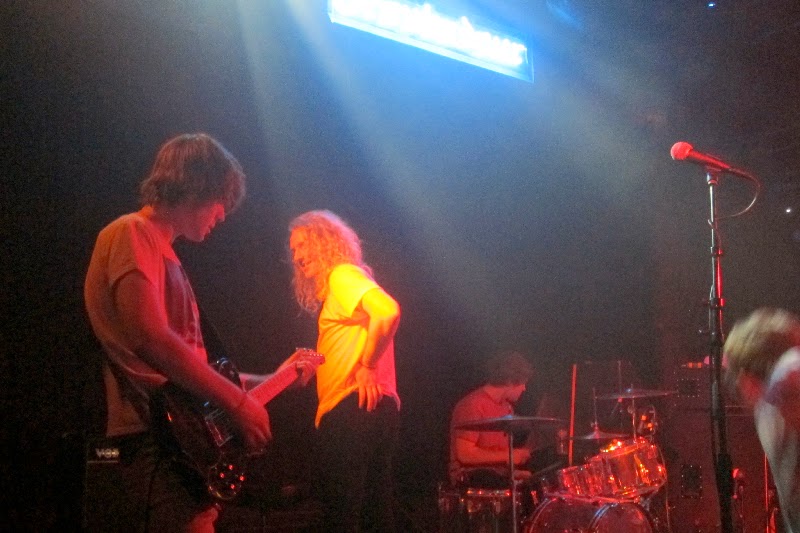 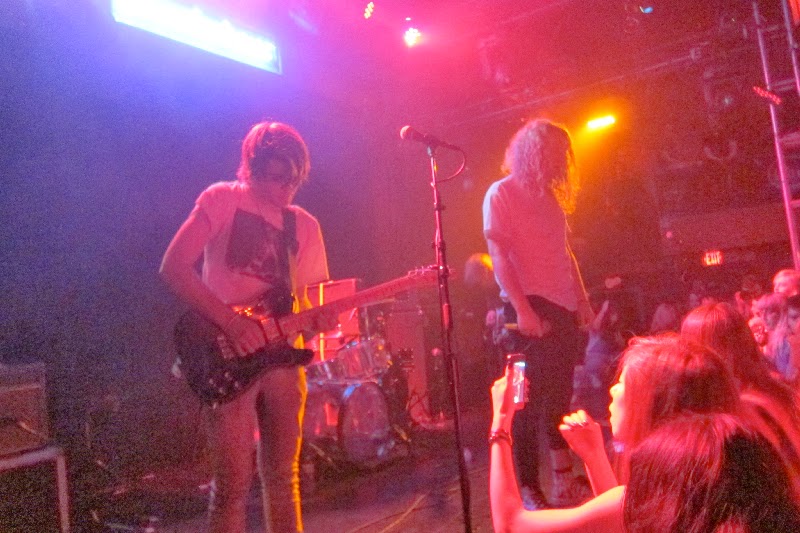 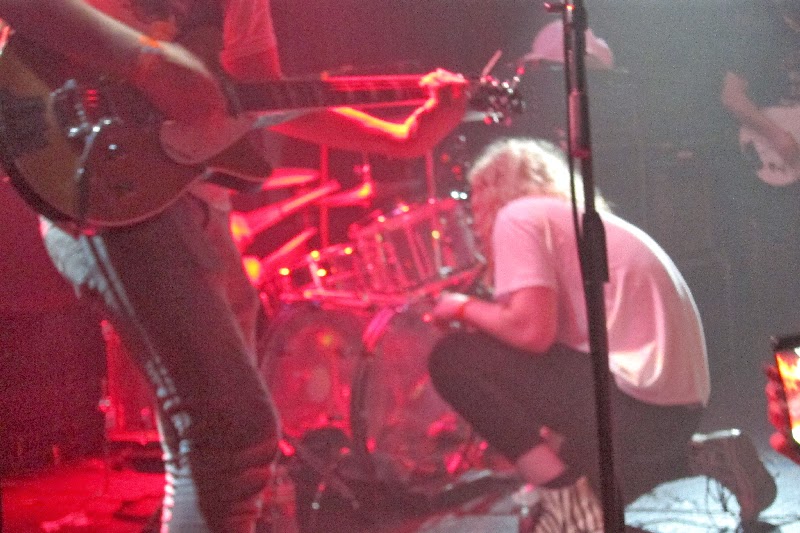 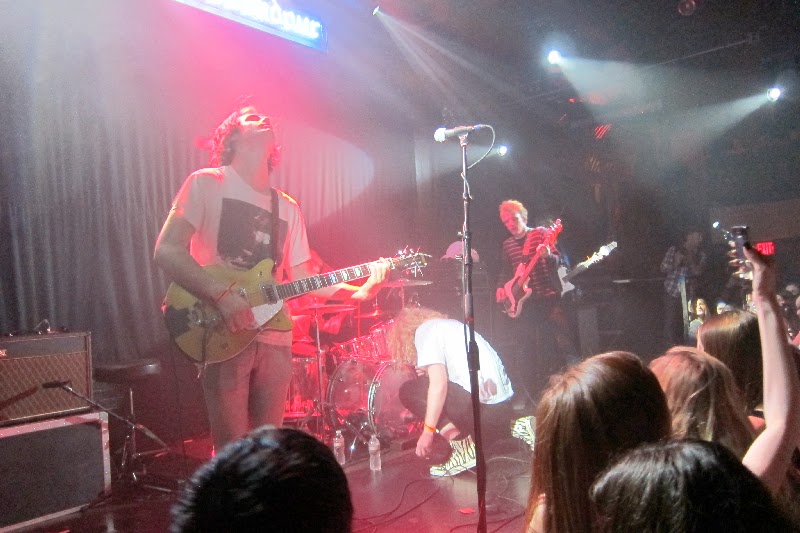 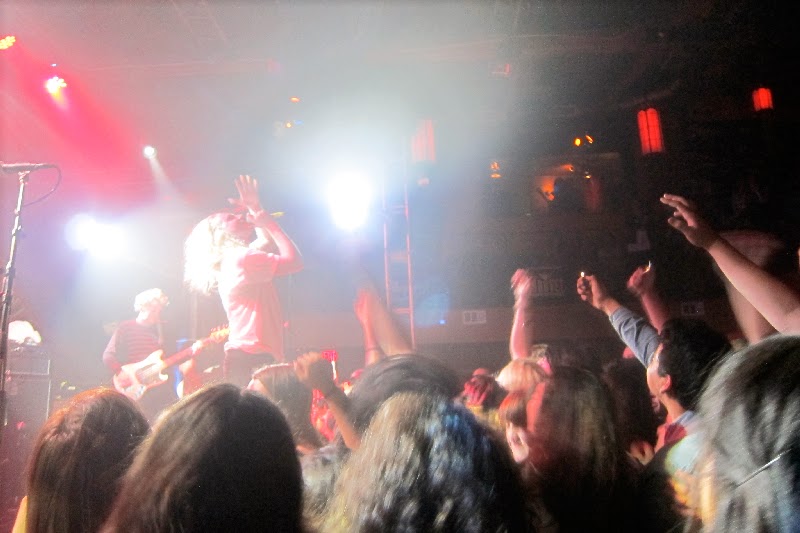 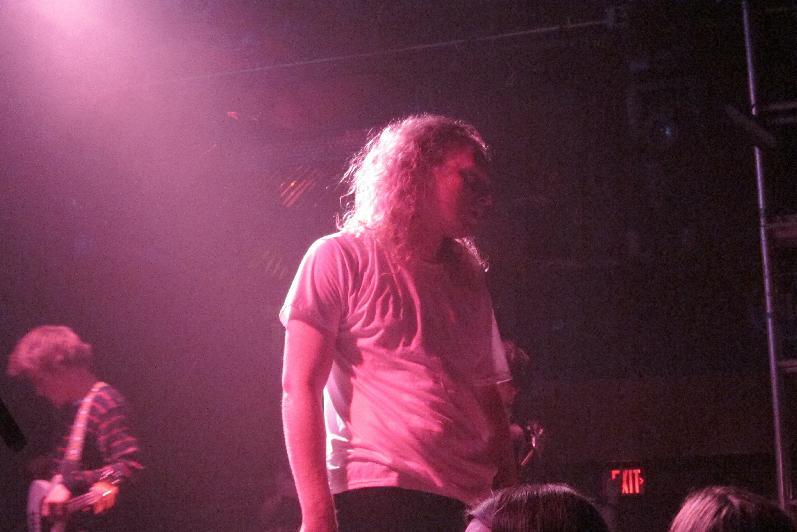 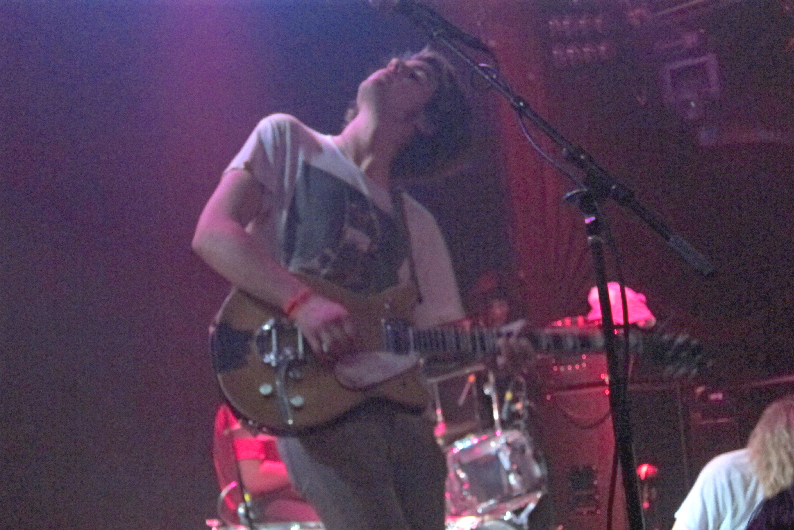 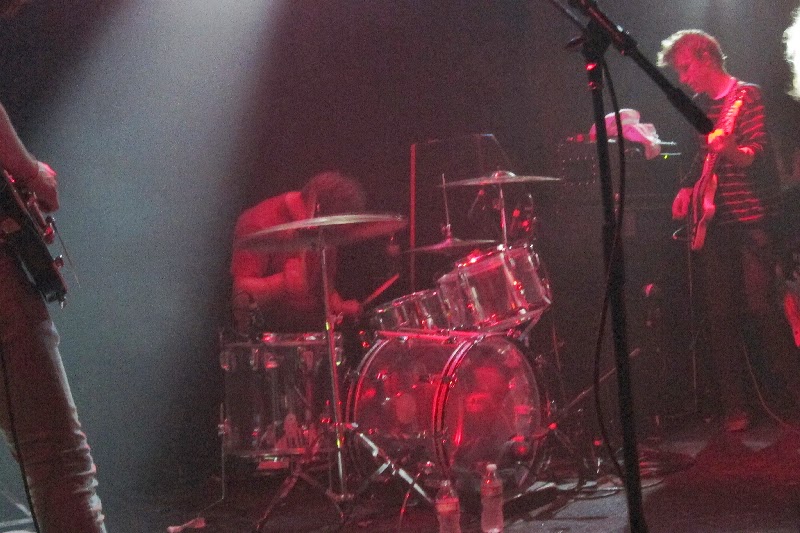 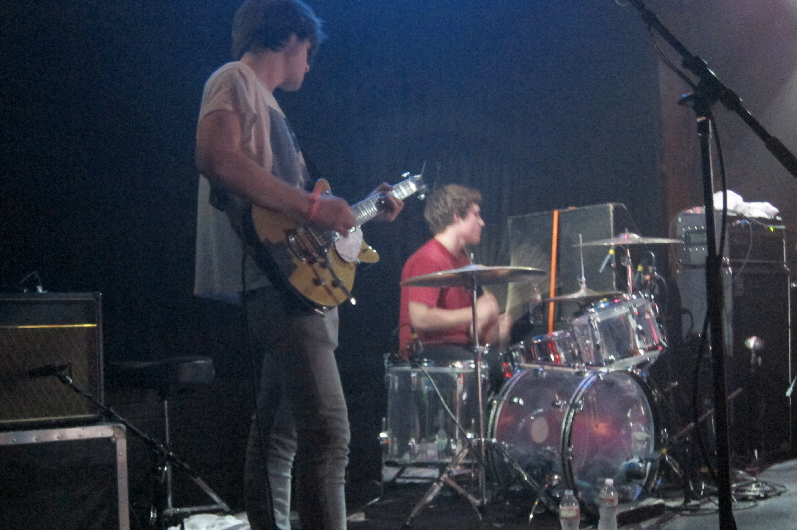 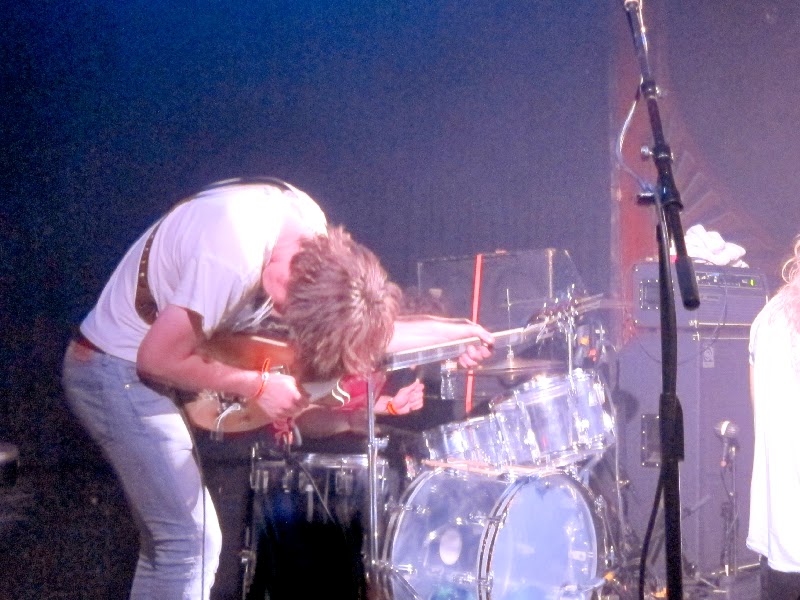 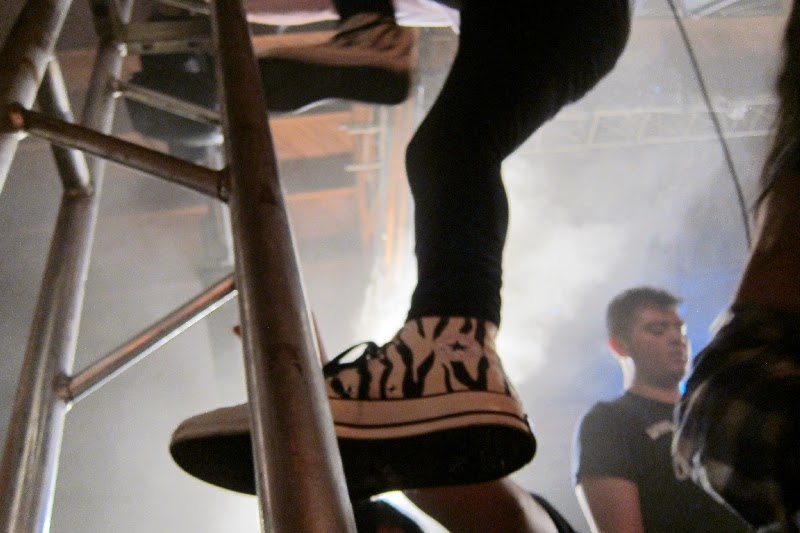 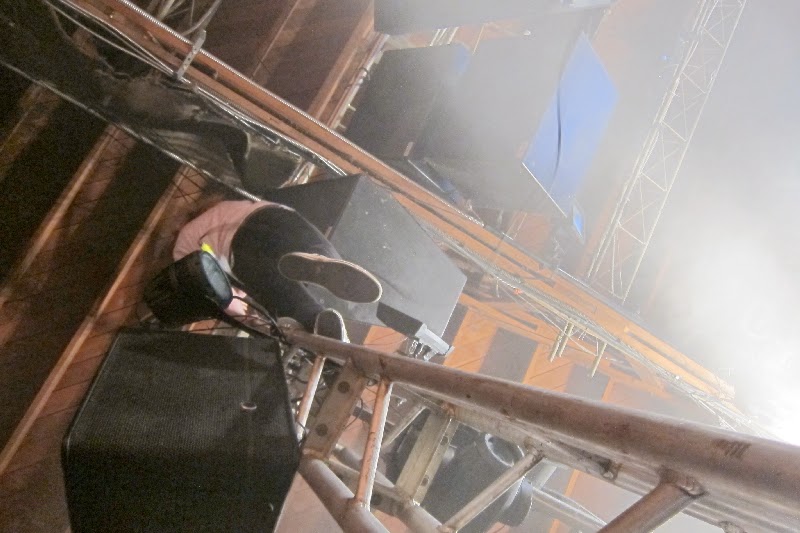 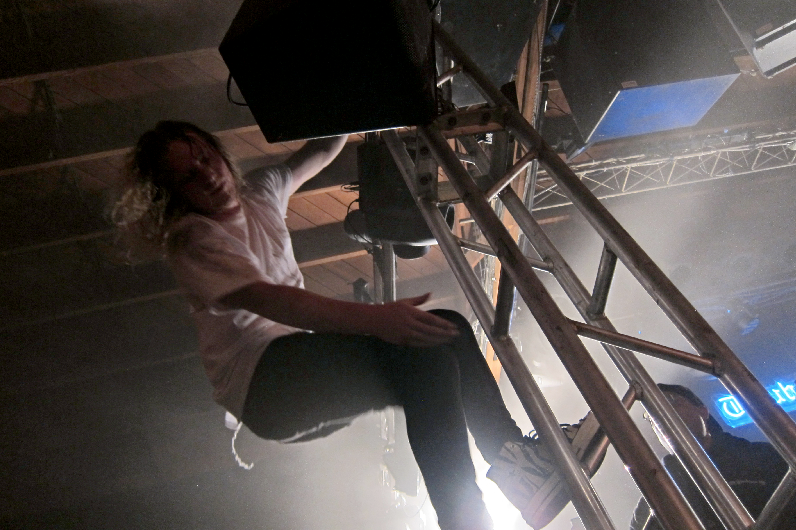 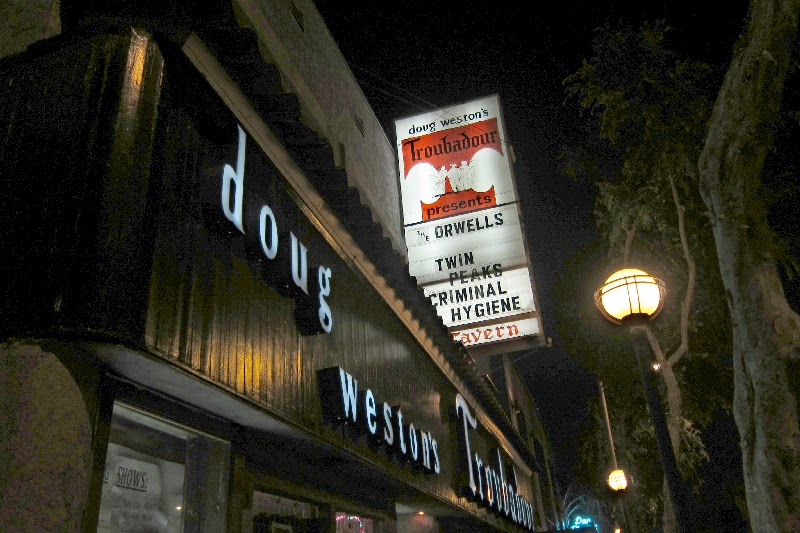