How you'd have a happy life, if you did the things you like 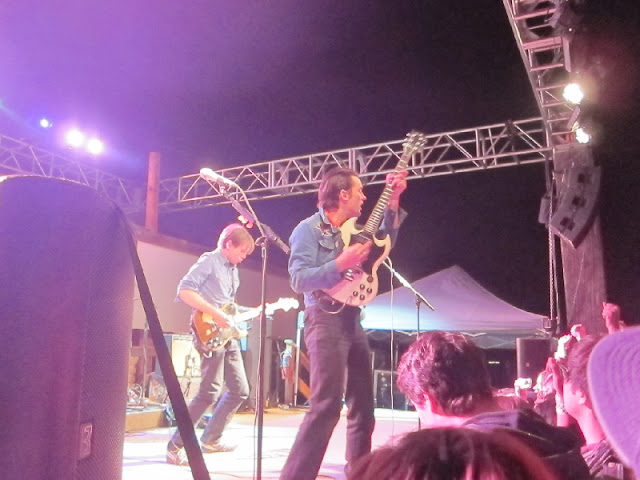 Ideally, I would have liked to have stayed in a hotel in Palm Springs at least for one night, and hang out by the pool, but alas, it was a weeknight and some people had work the next day.  That's fine.  We still drove out from Los Angeles to Pioneertown, and drove back right after the show.  It took us about three hours getting there because of the late afternoon traffic.  We made a quick pit stop and drove through majestic desert landscape to get to Pappy and Harriet's, the super charming and cool restaurant/bar/venue in Pioneertown that have housed many superstar acts.  This night, Franz Ferdinand and Palma Violets were playing an outdoor show there.  When we arrived, the sun had already set and was getting dark.  We got there just in time, right before the show started.  It was extremely chilly that night.  But we were prepared because I knew it was an outdoor show, and I am usually freezing at Hollywood Bowl or the Getty Center at night, even if it's summer.  Since I'm a total LA girl, that night felt like a winter's night to me.  But it was so pretty.  The night air.  The countless stars in the sky that were visible, unlike city life.  And of course, Franz Ferdinand.  They played another entertaining, energetic, fun show.  Palma Violets opened, and I'm sure they have tons of new fans now.  Their debut album is really good, go get it.  Also, be on the lookout for Franz Ferdinand's new album, predicting it will be out later this year. 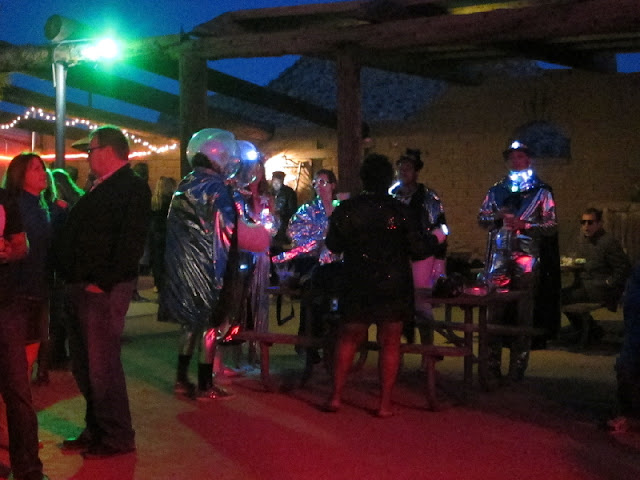 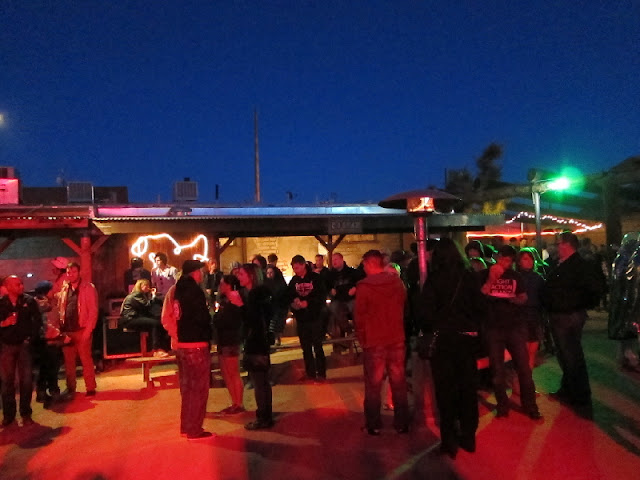 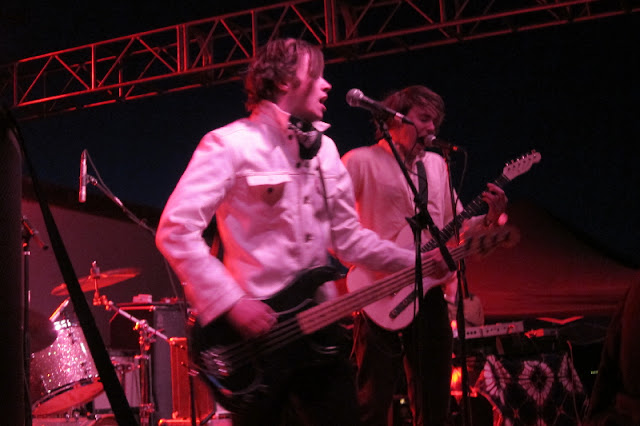 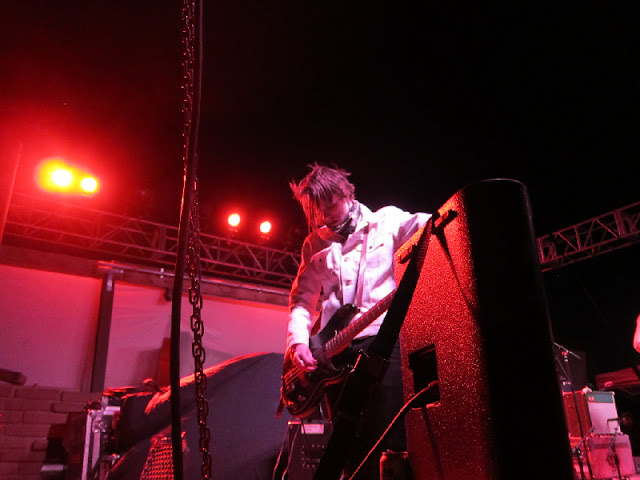 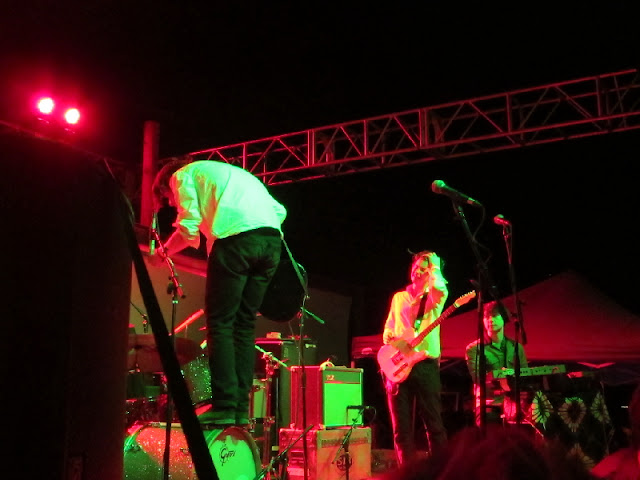 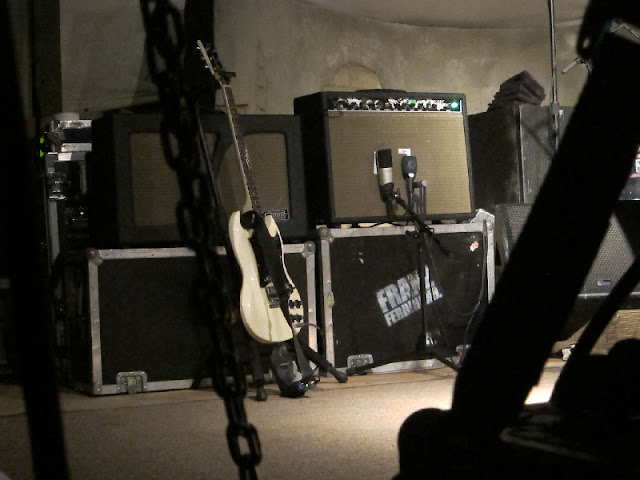 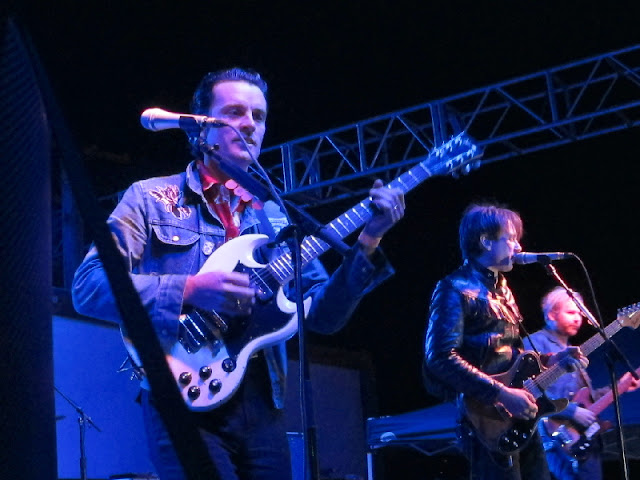 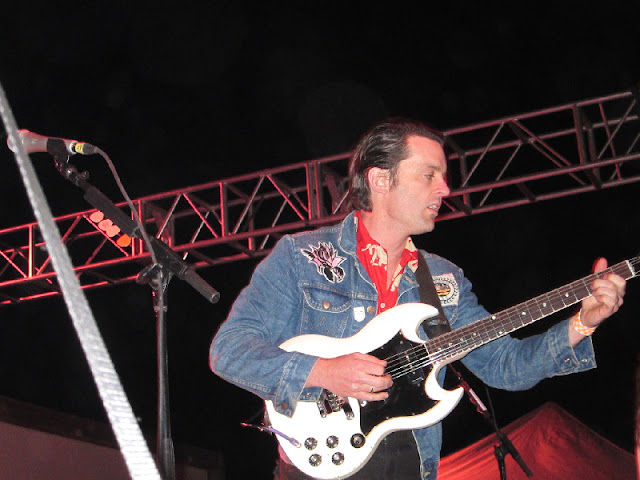 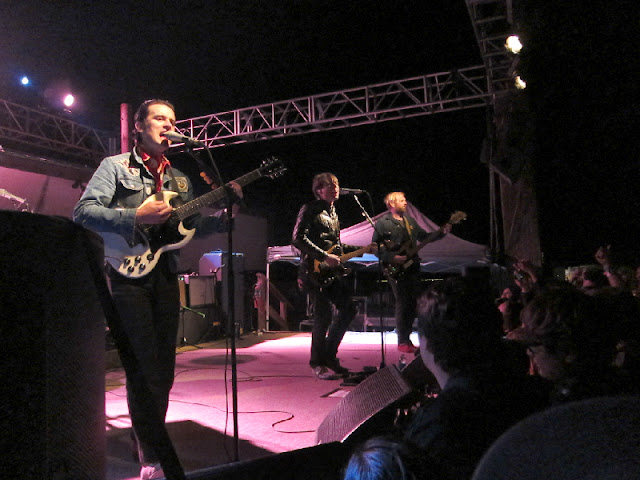 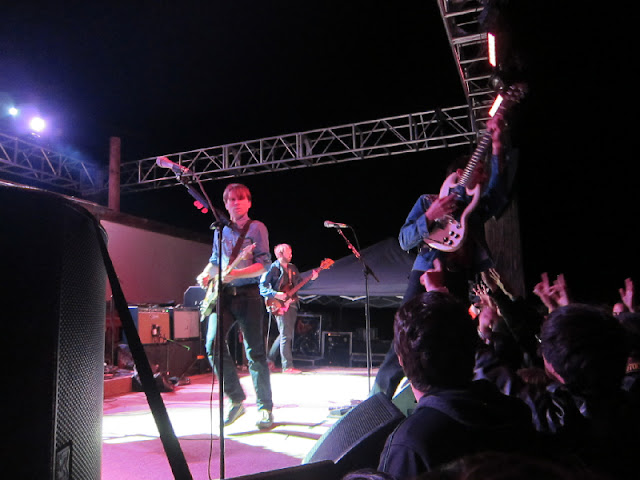 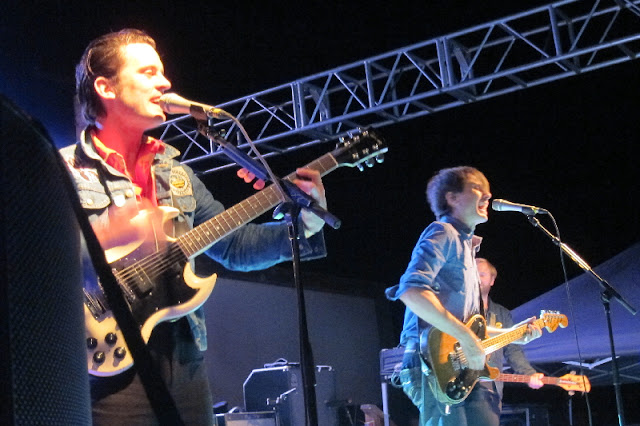 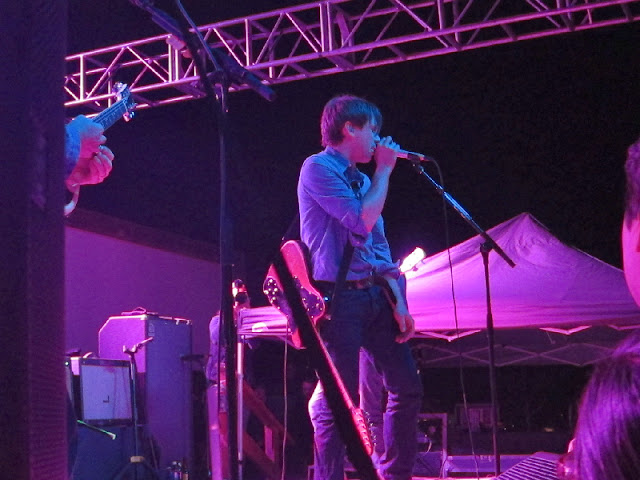 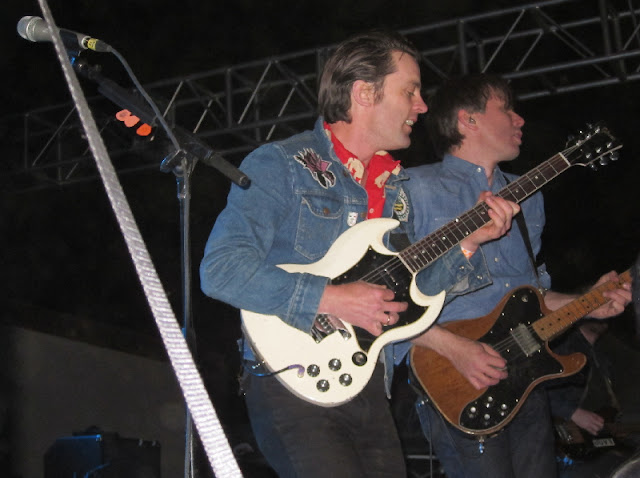 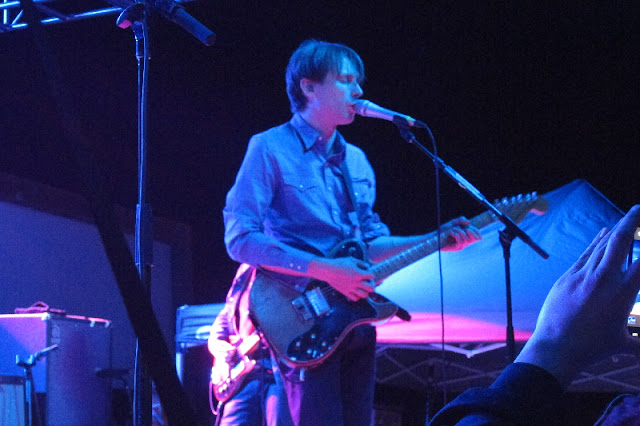 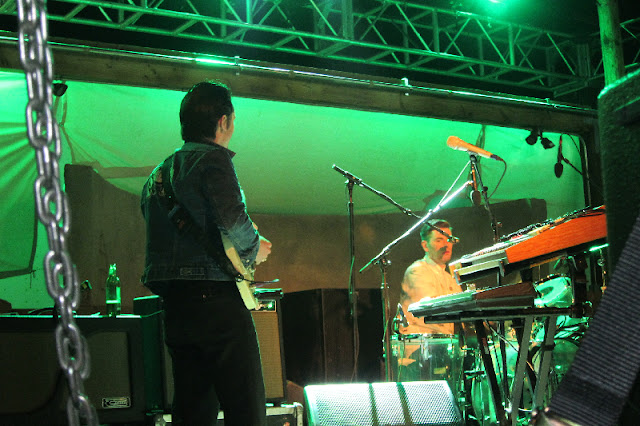 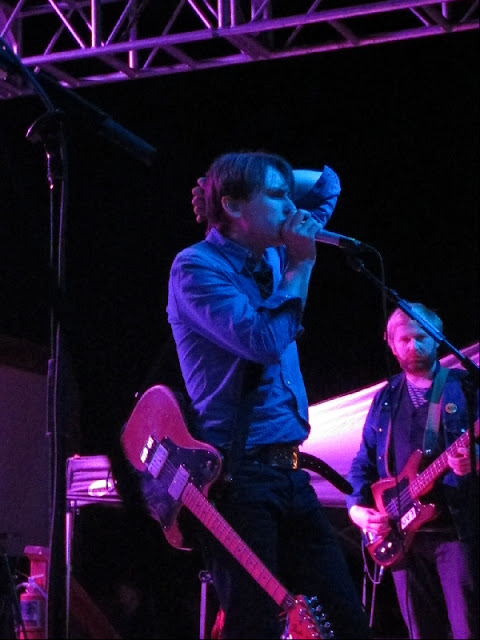 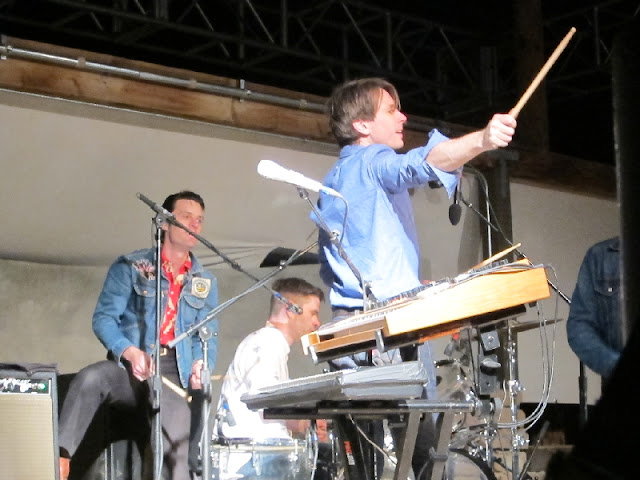 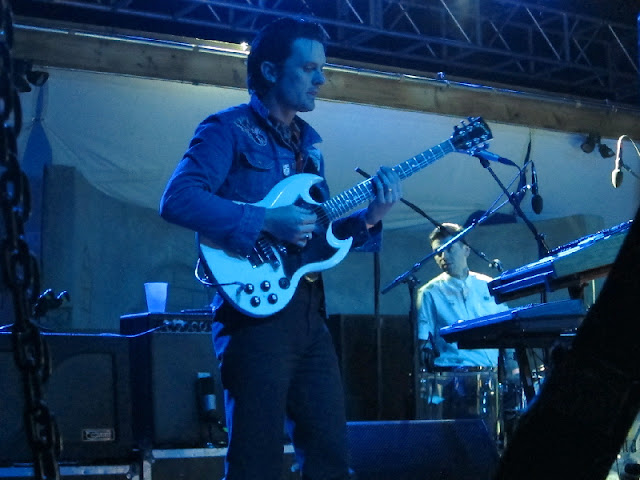 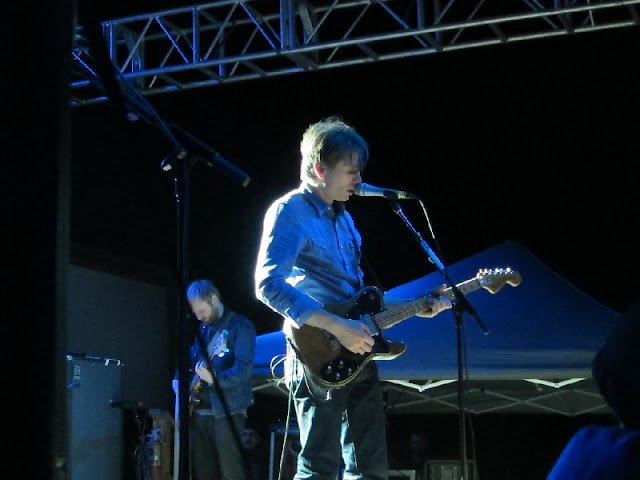 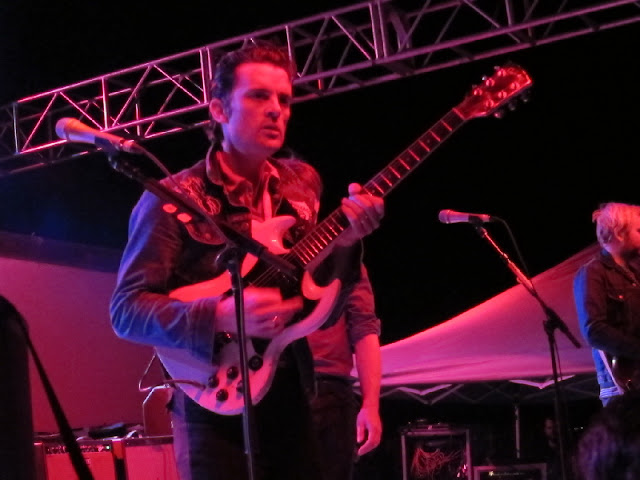 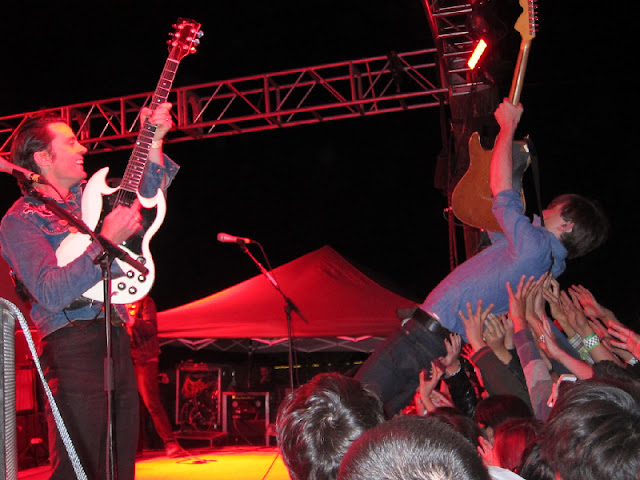 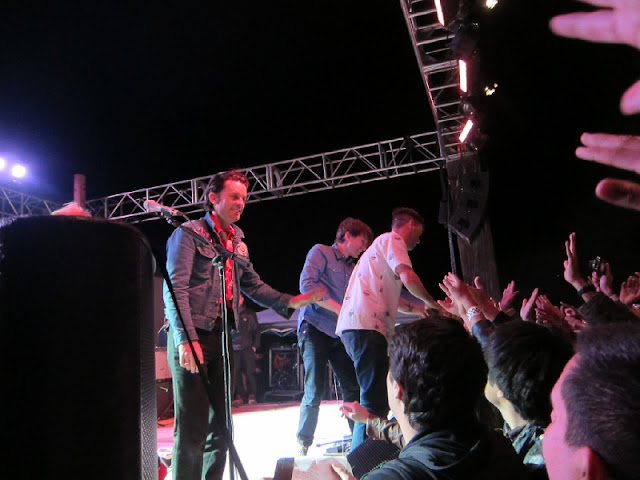 Posted by Youngest Indie at 9:26 AM