One of a kind, I need to keep you here 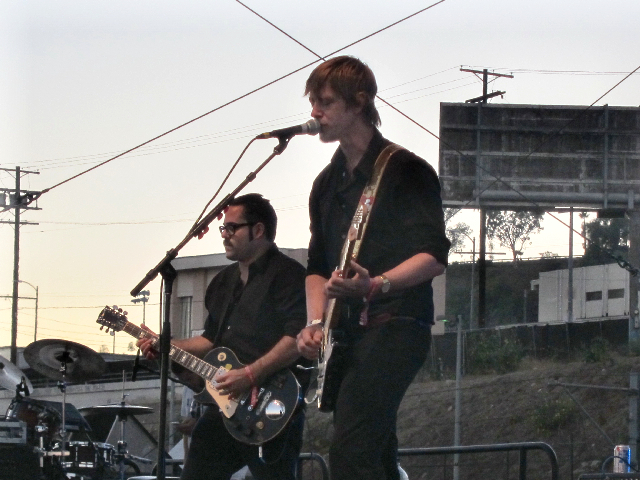 Saturday night I spent miserably sick in bed.  My bones ached.  My insides hurt.  I was so cold, I was wearing a tank top, tee shirt, and a sweatshirt, under the blankets.  But my head was about to get a fever so I had an ice pack.  I couldn't eat anything.  But I made it through the night.  The next morning, I was able to eat some bland white rice porridge.  Later, I ate saltine crackers and Pellegrino.  I was so upset about missing the festival.  So I took a shower, got dressed, and headed out.  I had no energy from being sick and not eating.  But there was no way I was gonna miss the whole thing.  My Sunday schedule would've been awesome.  I really wanted to see Wild Nothing, Atlas Sound, King Khan.  Dude, I really wanted to hear "Chinatown" live in Chinatown.  But I made it just in time to see Paul Banks.  We got a really good spot, too.  There were some good tunes, but I must say, I really miss Interpol, with Carlos D.  After Paul Banks, we headed towards the main stage and Desaparecidos stopped me in my tracks. I love their sound.  That early 2000s post hardcore sound.  Nostalgic for me.  So we watched from the back.  I loved "Man and Wife, the Latter".  Then towards the end of their set, they did an awesome cover of The Clash's "Spanish Bombs".  I freaking love that song.  It was actually track 2 on my mixtape contest entry!  After Desaparecidos, we took pics of the huge sunglasses.  Then walked towards the Hill St stage where Converge was performing.  I wanted to see The Faint, but there was no way because I was still very sick.  We headed out and saw Brent Bolthouse on the way.  So that was my FYF 2012.  Definitely not the way I had planned it, but s happens.

Enough with my pity party, I do have to say FYF did an amazing job.  I went to the 2009 FYF, which was the first time they held it at the LA Historic State Park, which btw, I used to pass by almost every day when I was in high school and college.  So it's great to see amazing events taking place here.  Compared to just a few years ago, they've grown so much and it seems they're always constantly improving.  This was as close to a mini-Coachella as you can get without the ridiculous desert heat.  It was super organized and well planned.  So props to the folks at FYF! 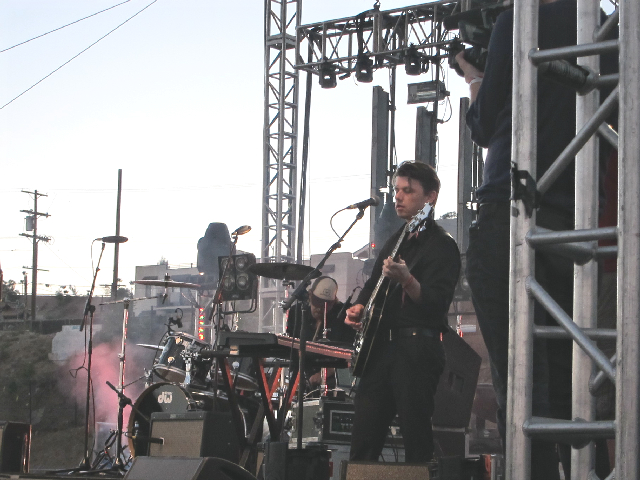 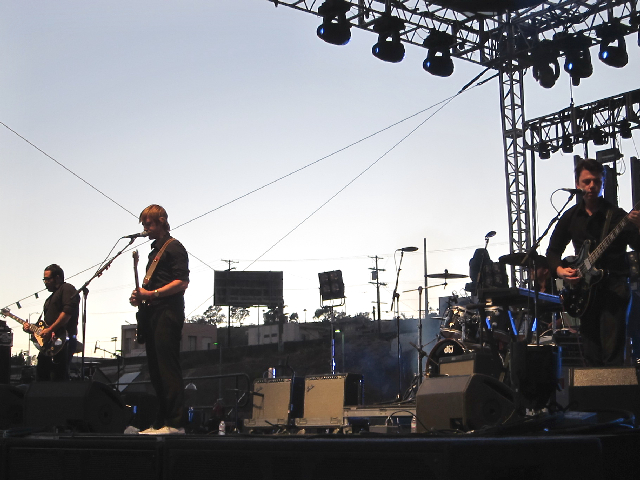 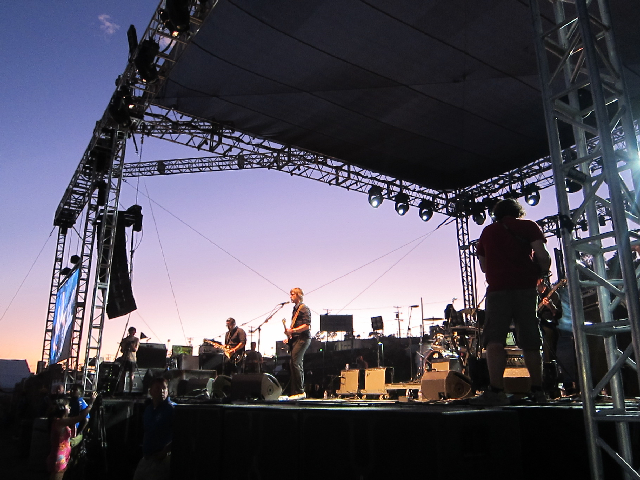 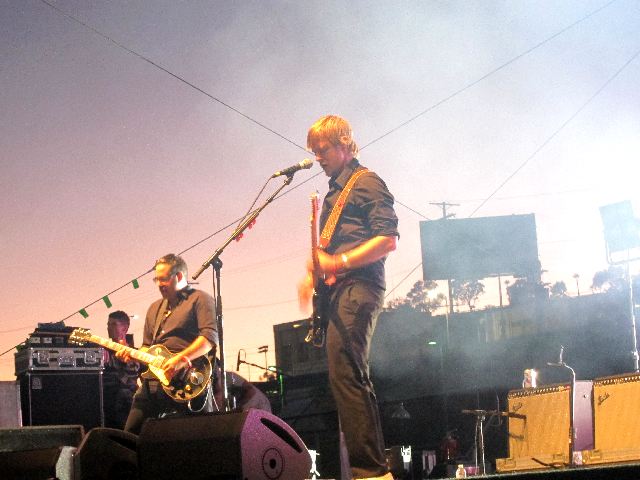 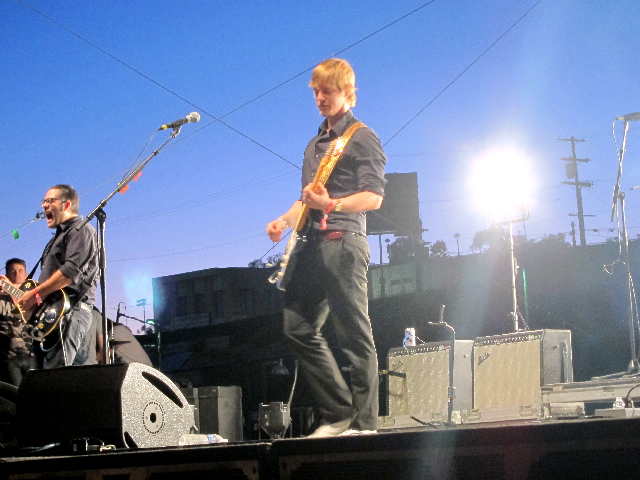 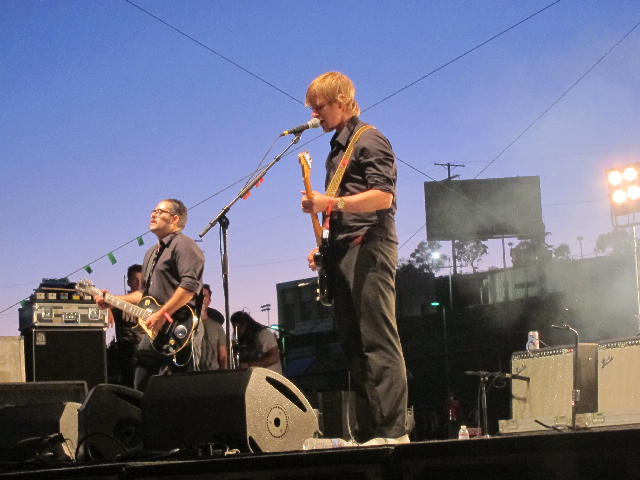 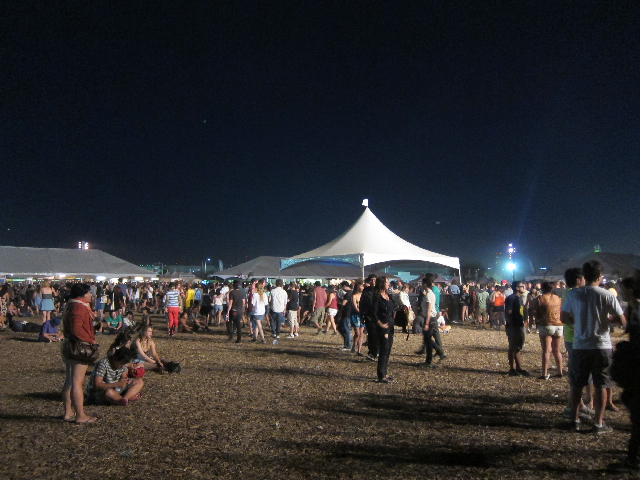 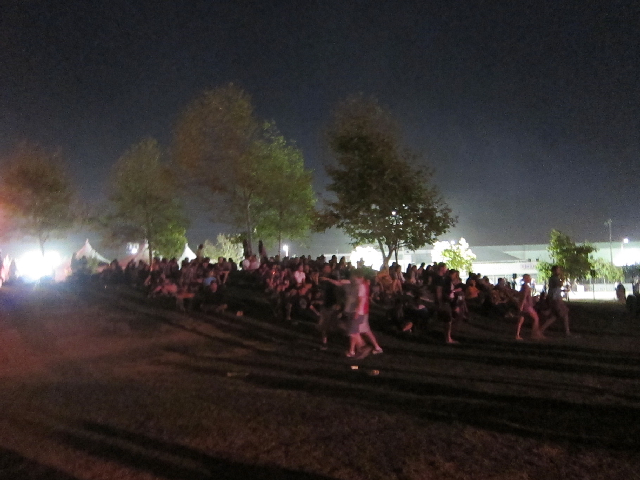 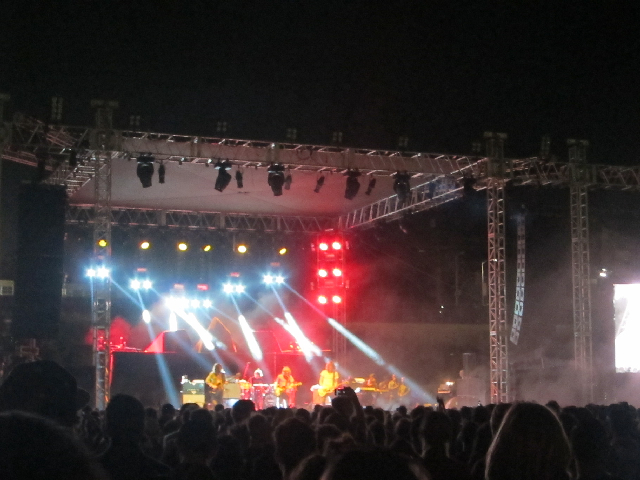 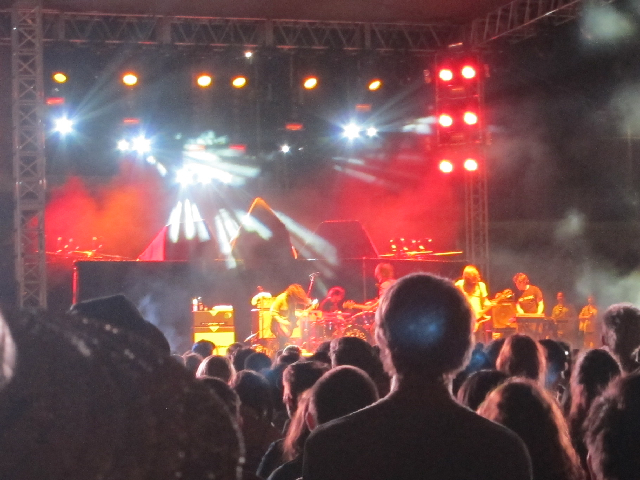 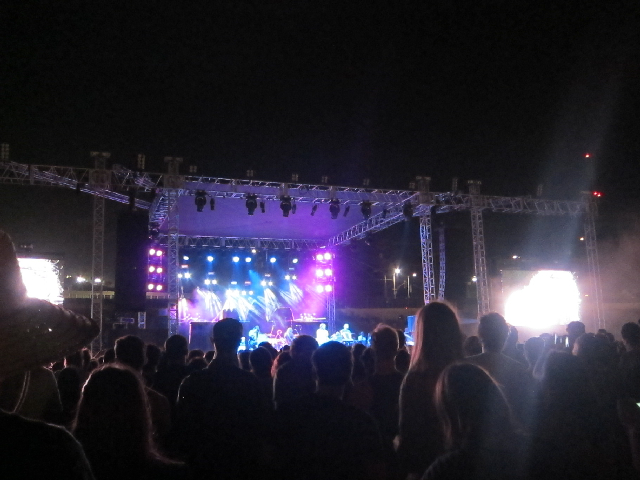 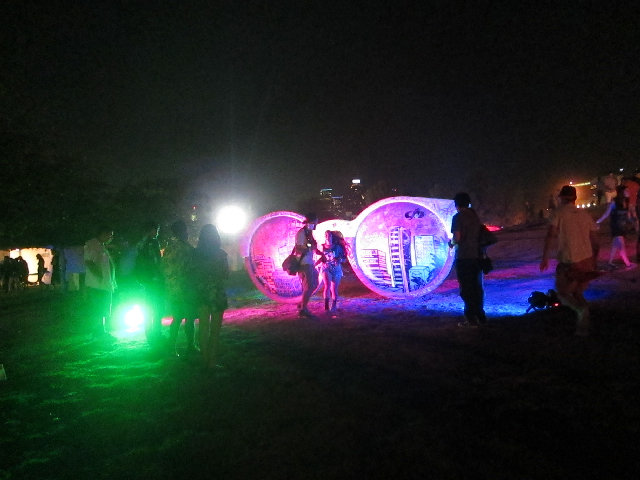 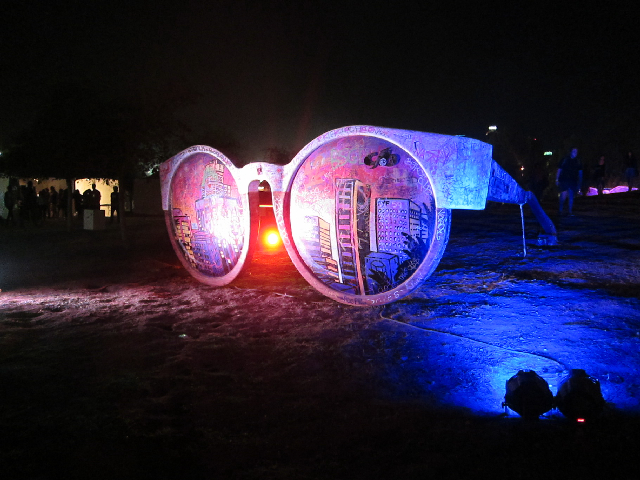 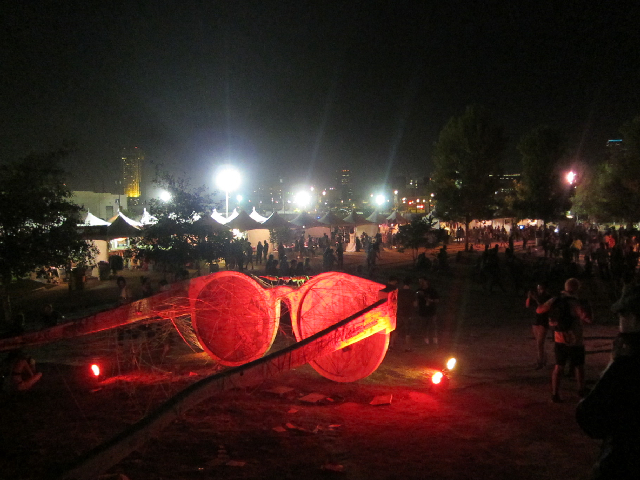 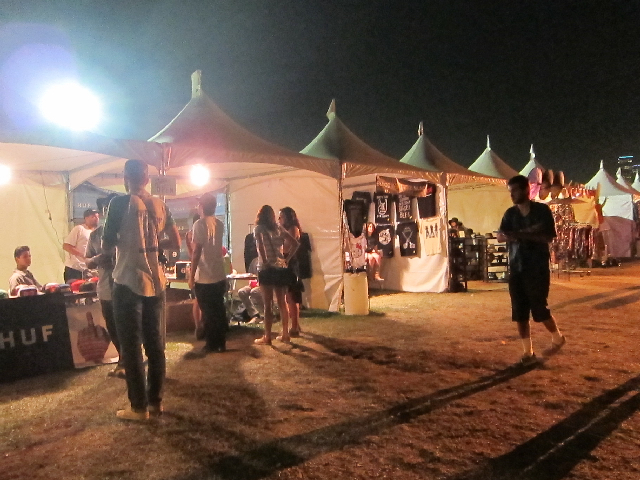 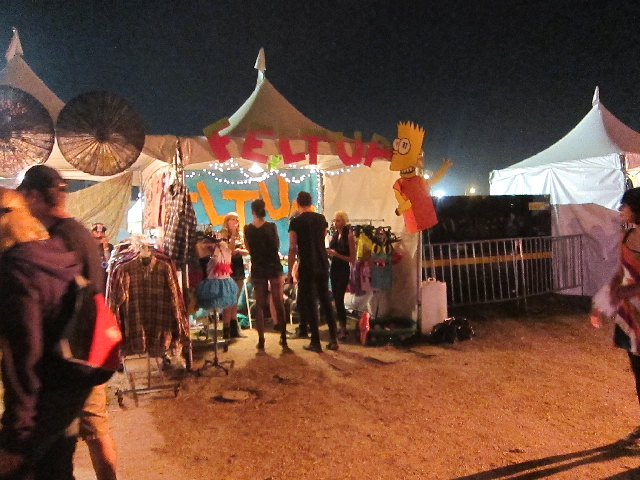 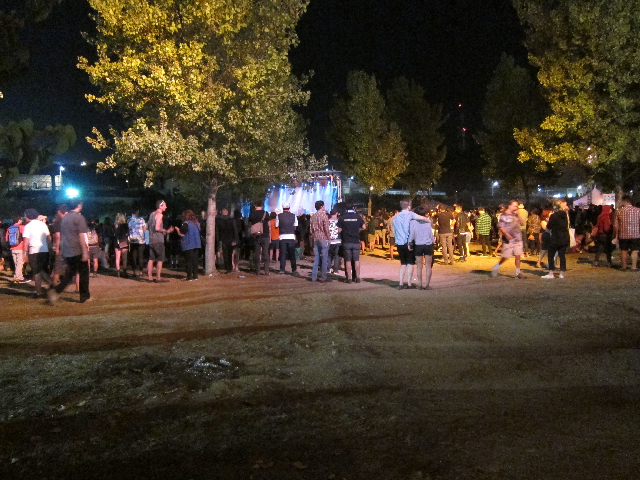 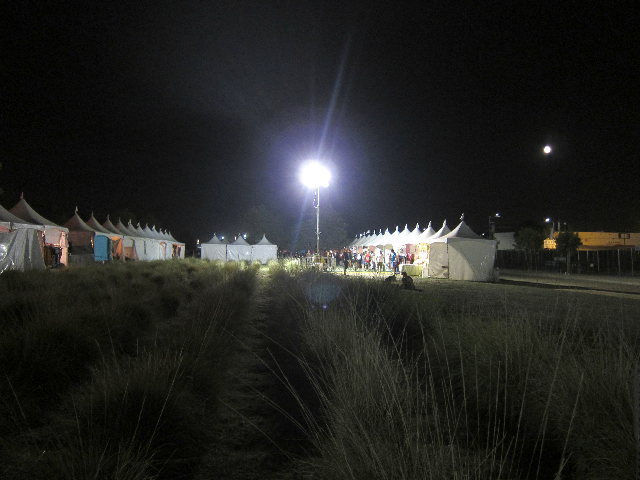 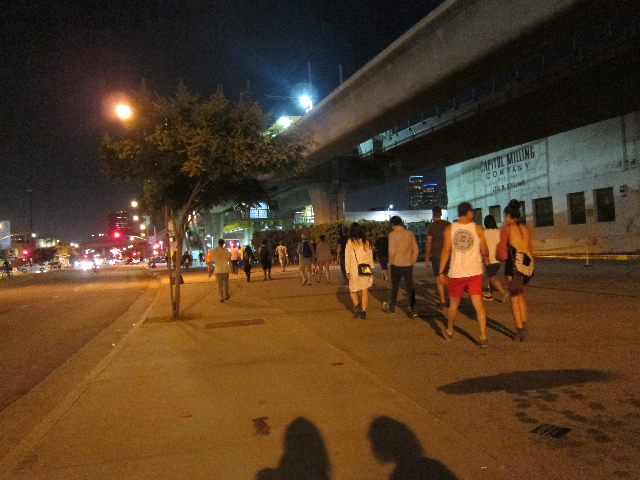 Posted by Youngest Indie at 7:56 PM