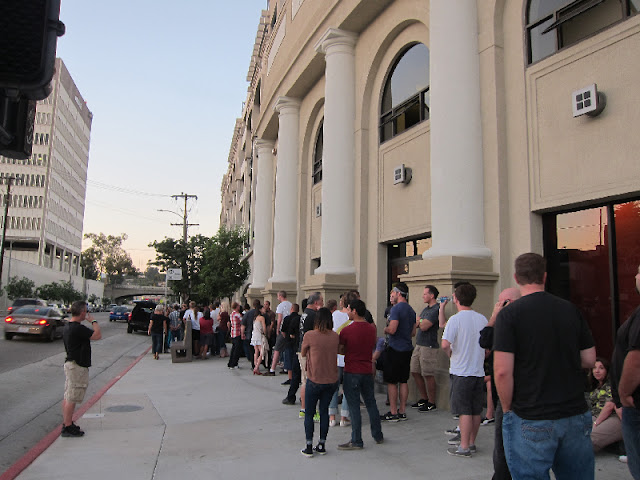 We got super lucky and got tickets to see Green Day at the Echoplex.  Finally!  This is my first time seeing them.  Weird, I know!  I'm pretty old, so I was listening to Dookie when I was a young teenager.  Everyone, literally everyone, knew all the words to Basketcase when I was in junior high.  I've been a long time fan.  Even their American Idiot album was really good.  I tried several times to see them, but tickets were always sold out before I could get to them.  It was just not meant to be.  And you know I hate big venues, once I tried to purchase tickets to a huge stadium, that was sold out as well.  Few years ago, I was leaving a show at Club Nokia and Green Day was performing outside at L.A. Live.  But that doesn't count.  I even saw the musical at the Ahmanson Theater.  Well, the stars finally aligned and here I was at one of my favorite venues.  The line was long.  This was during the crazy heat wave. We were sweaty and disgusting inside.  I danced my way into the pit.  I loved the energy and it was fun, but it was way too hot.  I was way too tired.  I literally thought I was going to pass out from dehydration and the heat.  But it was a great show.  Great set list, old, new, in between.  Everything.  It was so surreal.  I'm not sure it even happened.  Oh, yes, it did.  Mike Dirnt looked like Paul Simonon.  That's a really good thing.  The guys looked great.  I'm happy they are back.  "Kill the DJ" was a cool dance rock song.  Fun times. 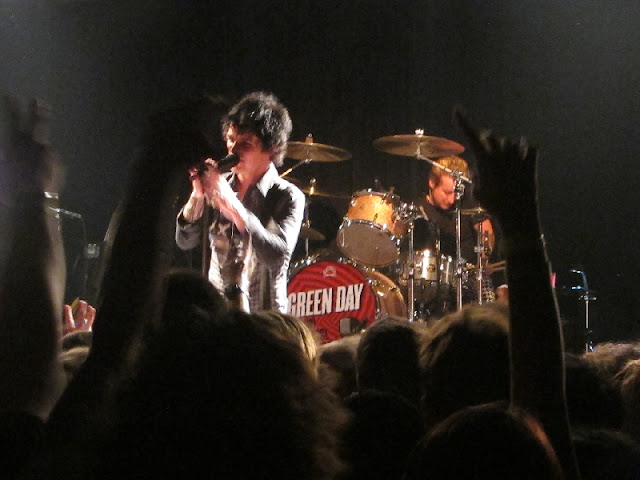 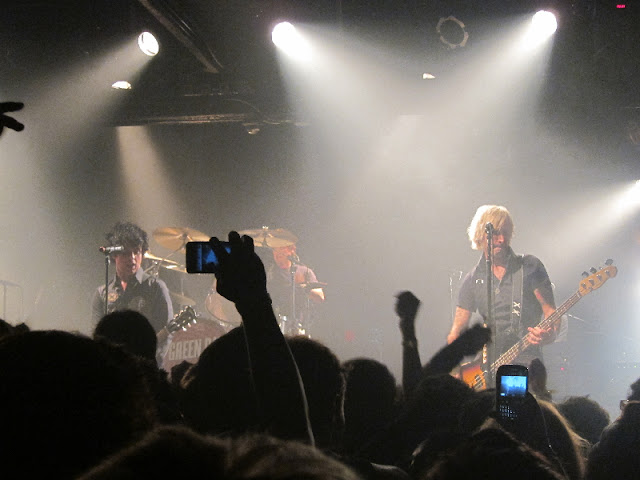 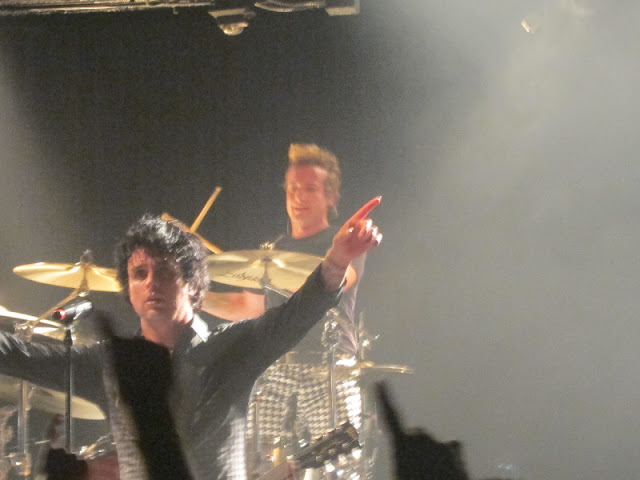 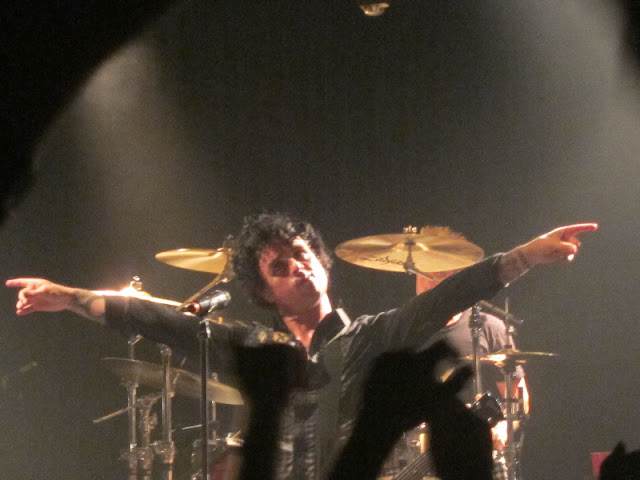 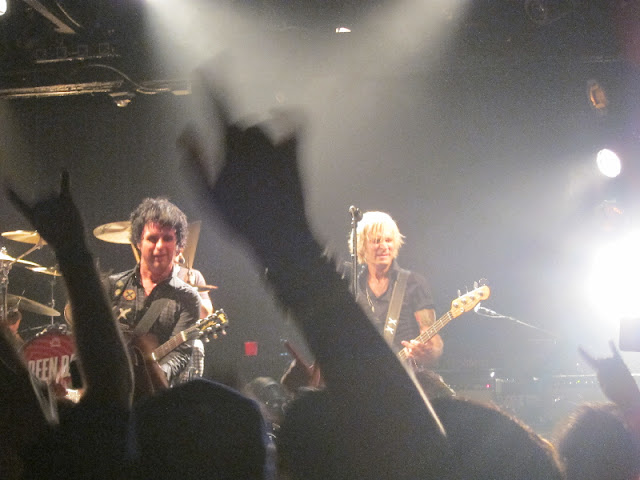 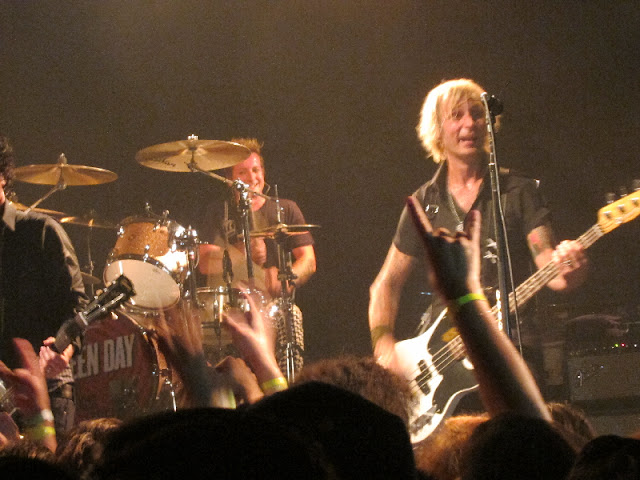 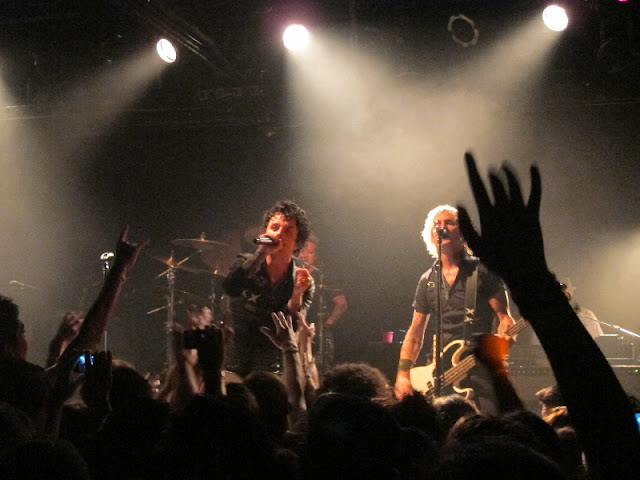 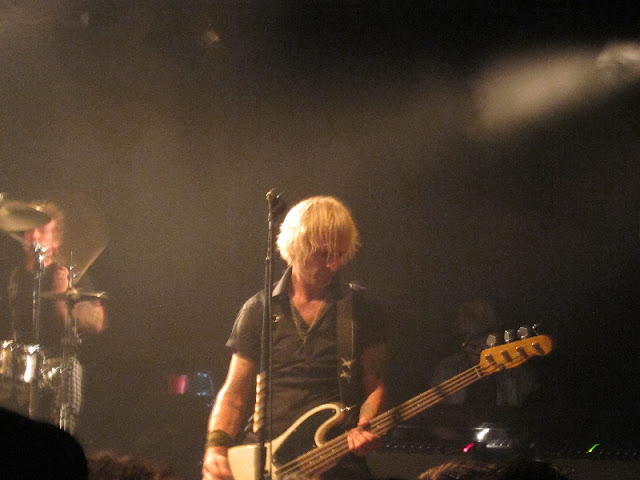 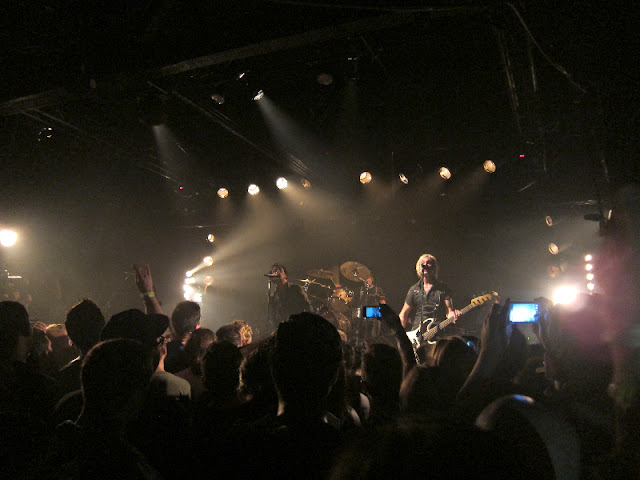 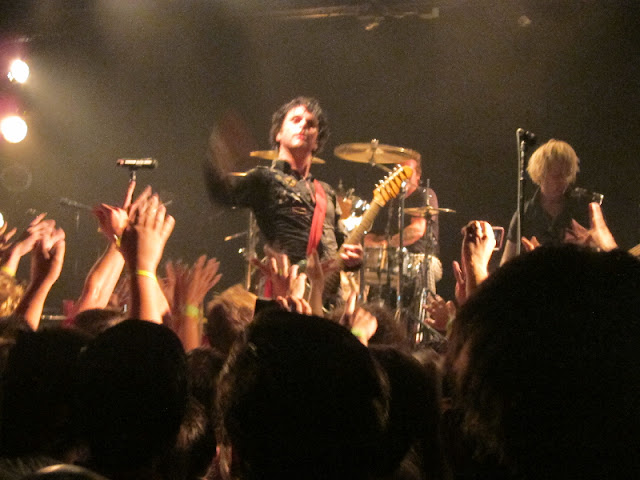 Posted by Youngest Indie at 8:20 PM