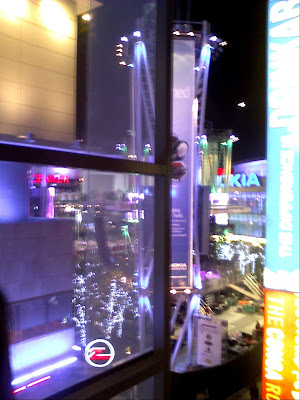 This was my first time going to Club Nokia. They said cameras were not allowed. I didn't want to risk it so I didn't bother bringing it. I just hate it when I get to the door and they make me go all the way back to my car to leave my camera there. Been there, done that. Not fun. I was totally annoyed when I got in and everyone had their freaking cameras. We got there to see the two opening bands, interesting. Then we saw Jet. After Jet was Papa Roach and there was no way we were gonna watch them, so we went outside. When we went outside, Green Day was still playing their set on the LA Live plaza in front of the Nokia Theater. We actually knew about the Green Day performance because we are signed up with 1iota and we got email invitations. It fell on the same day as the Jet show and we already had bought tickets for Jet. Even if we didn't there is no way I would get in that insane line that would put any Disneyland ride line to shame. Anyways, when we came out to the balcony, the sound of the screams of that massive crowd was unbelievable and I kept thinking how amazing it is to be Green Day and on that stage and to have that kind of support and love. We listened to them play Holiday. Then we went downstairs and kind of kept walking by the side, so we got to see them real close. It was a magical night. Nights like these, it makes me realize how lucky I am to live in Los Angeles. Only in LA can you go see Jet at Club Nokia and then come out to see Green Day performing to a huge audience, decked out in New Year's hats for a Carson Daly New Year special show taping, on a beautiful clear fall night with all the LA Live lights and the beautiful half moon high above. Wish I had brought my camera along to capture this magical feeling, but at least I have crappy cell phone pics to share with you. Oh, and have a happy Thanksgiving Day! 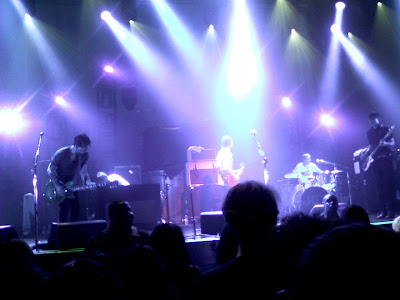 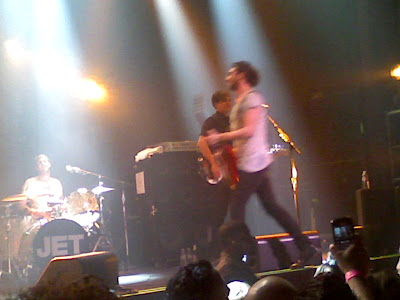 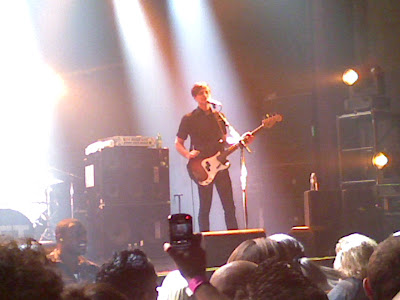 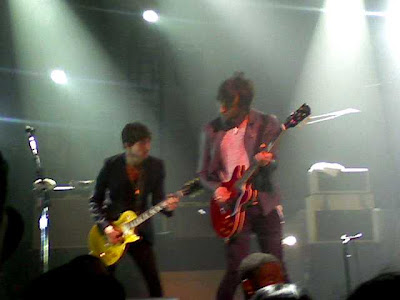 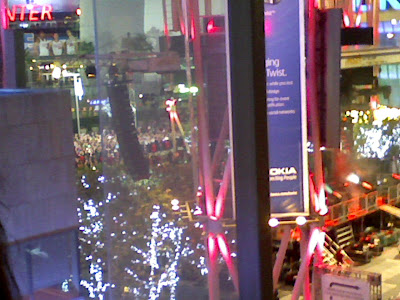