Didn't I say how bad I feel 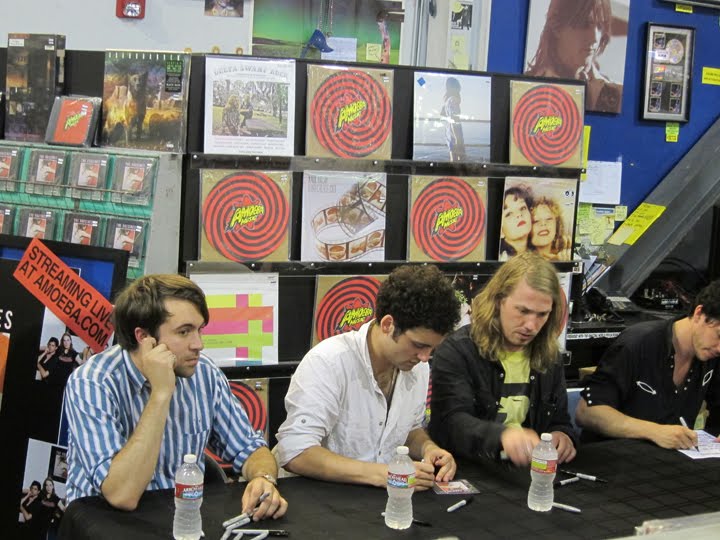 I don't look up bands and then listen to them. I need to hear the music first somehow. I listen to NME radio or Little Radio (or some other source) and only bother to look up the artists' names when I hear something I really like. So, last summer, I heard this song I really liked (If You Wanna) but couldn't find the name of the band for several months. They were still pretty new and Google didn't seem to know who sang "If you wanna come back it's alright, it's alright" until about December. Then, I heard another song (Post Breakup Sex), and was able to have my sister Shazaam it. I figured I really liked their sound. This band happens to be The Vaccines, whom I was fortunate enough to see at Satellite (ex-Spaceland) earlier this year. They recently supported Arctic Monkeys on their U.S. tour. I would've gone, except the show sold out before they announced that The Vaccines were supporting. Not that I don't like Arctic Monkeys, I actually do. And I've seen them twice many years ago. So I thought I missed out. But, thankfully, The Vaccines played an in-store at Amoeba in Hollywood. I love the entire album. Please go buy it. 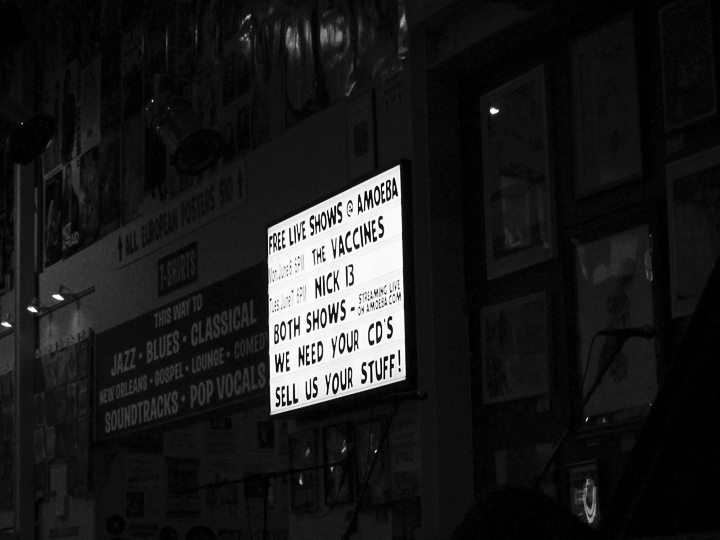 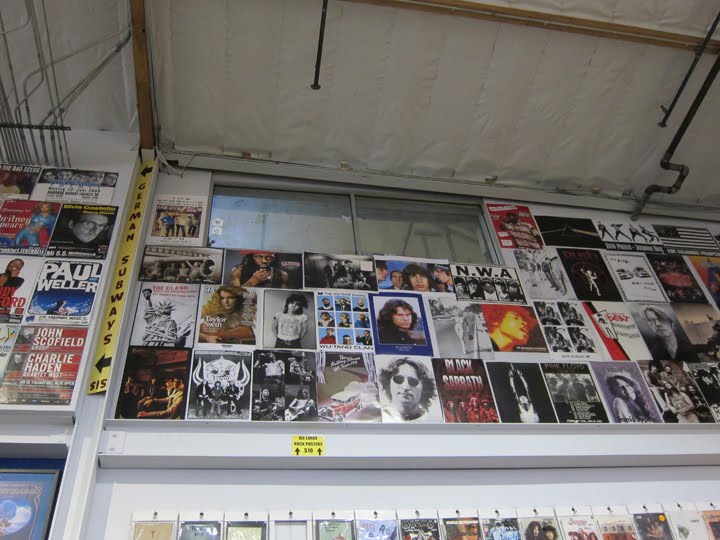 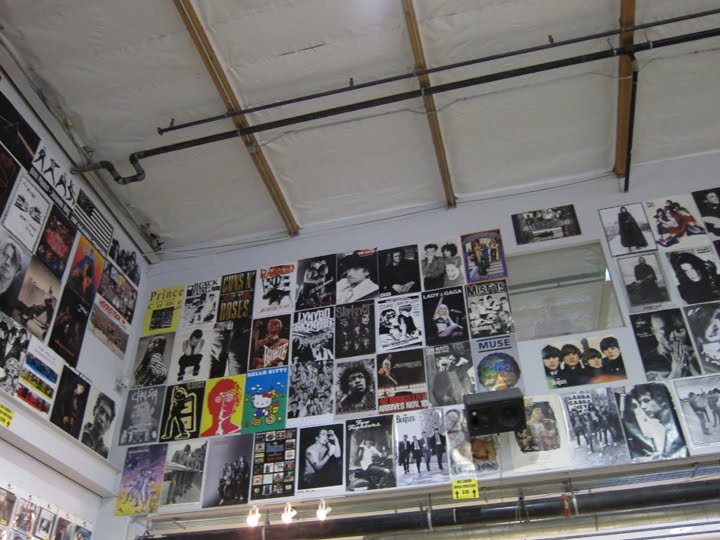 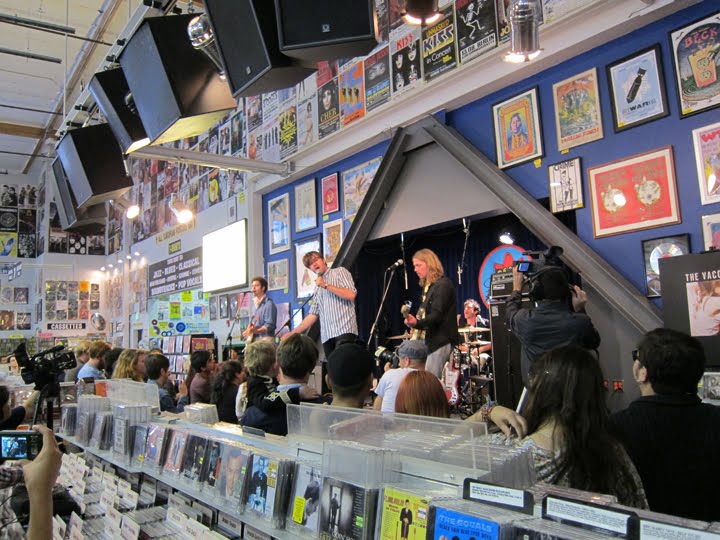 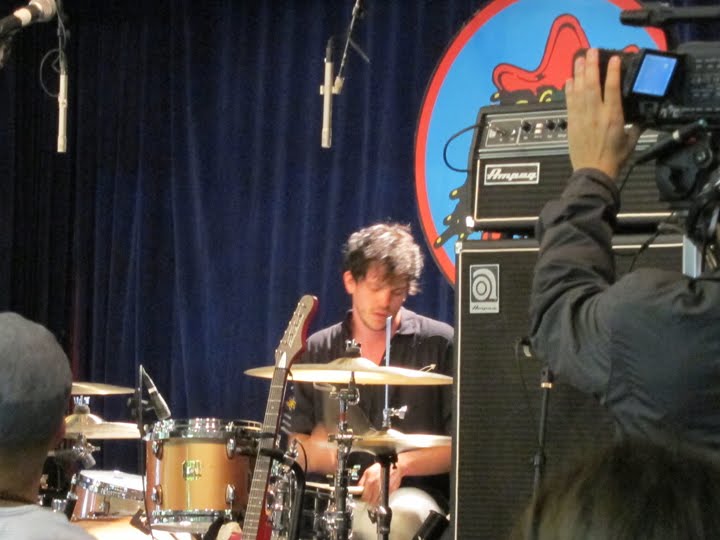 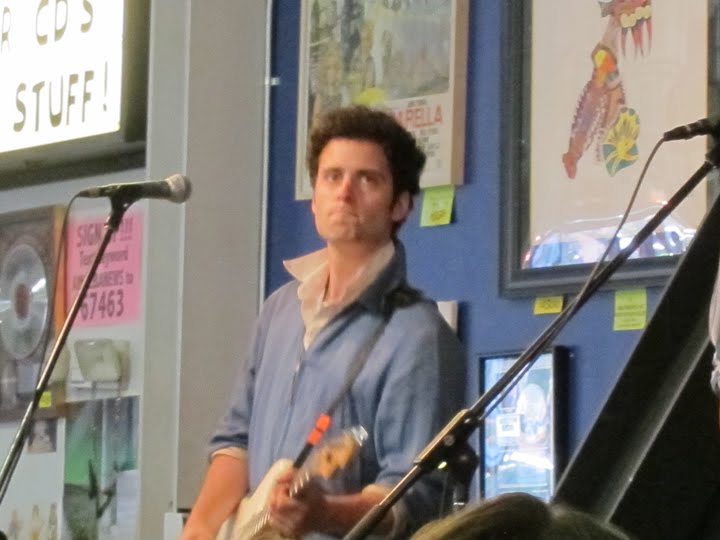 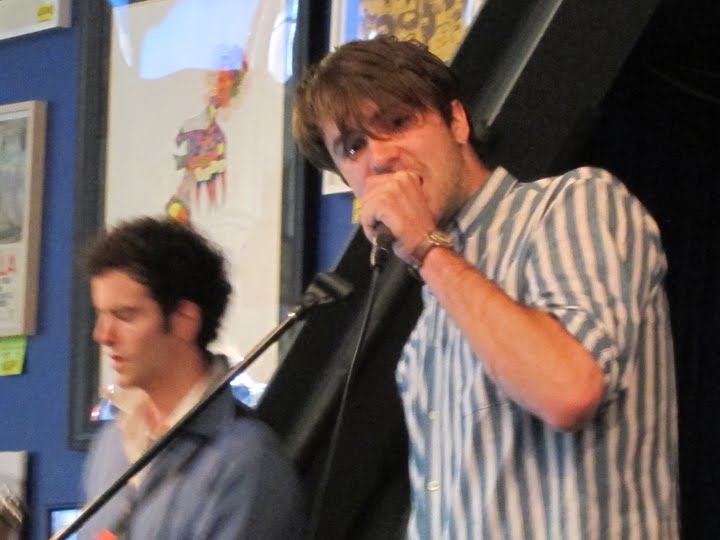 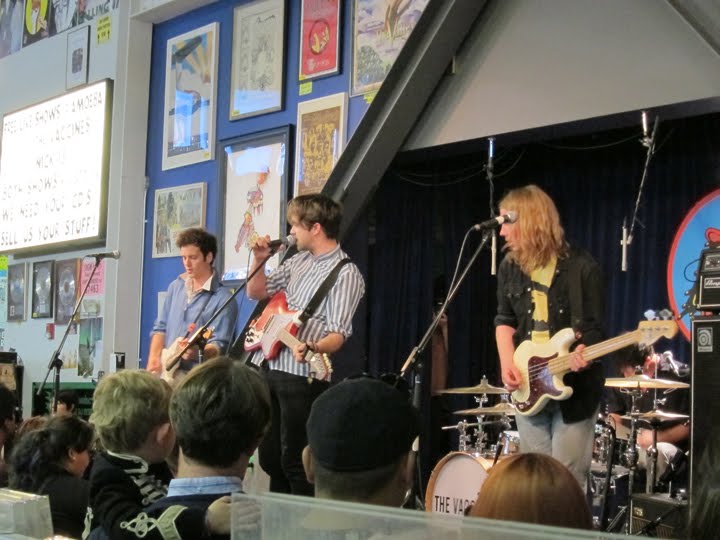 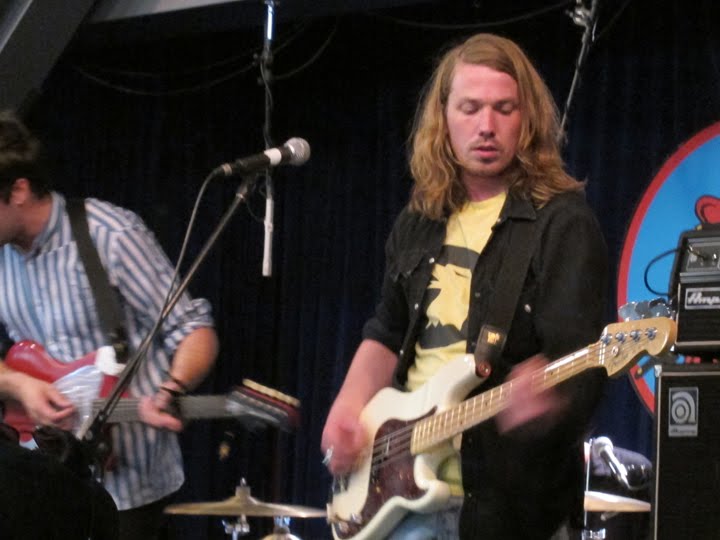 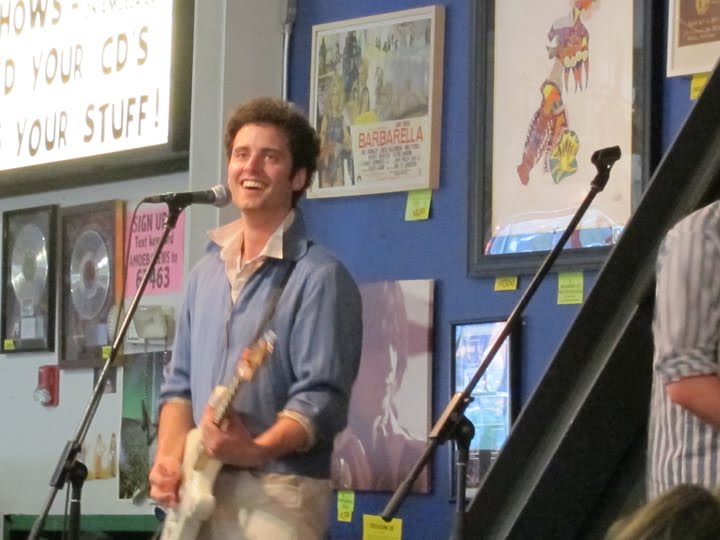 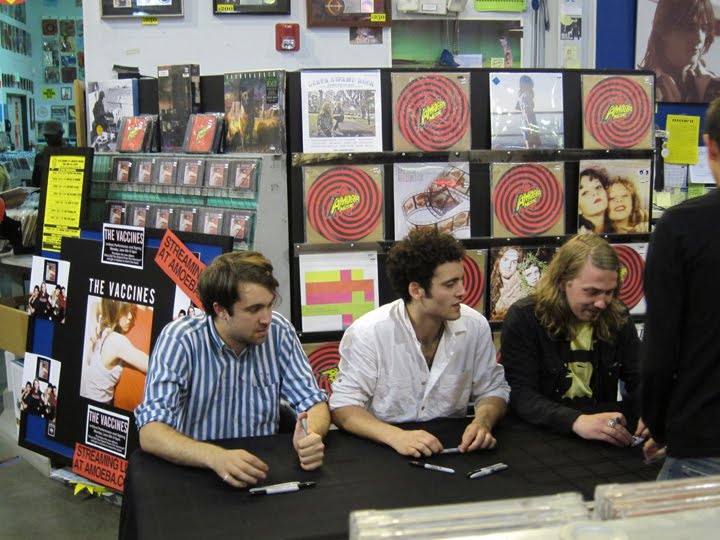 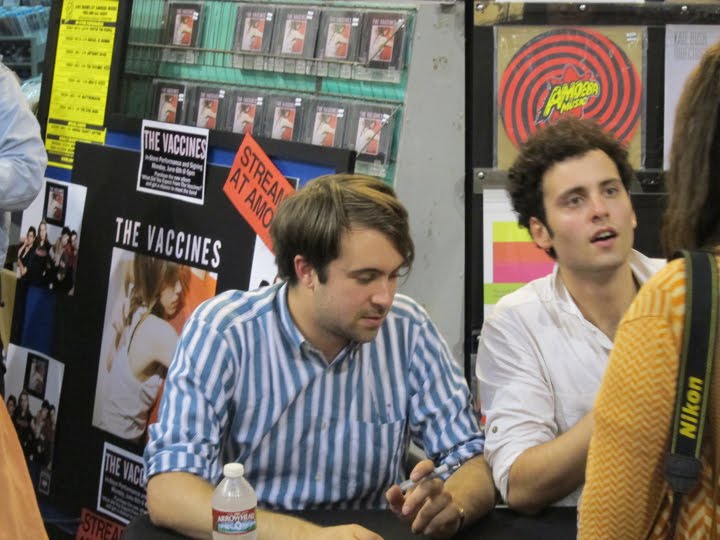 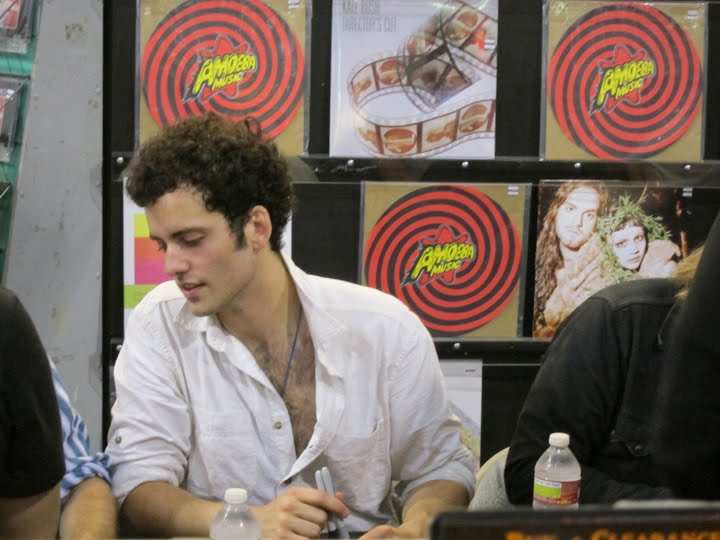 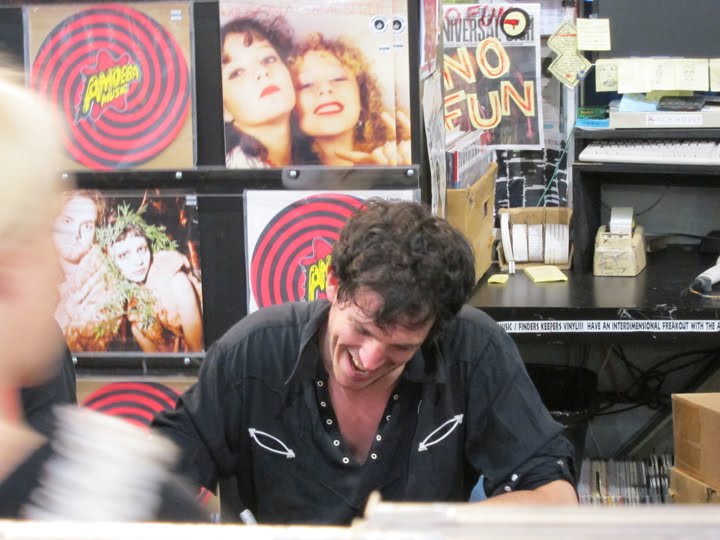 Posted by Youngest Indie at 8:50 PM