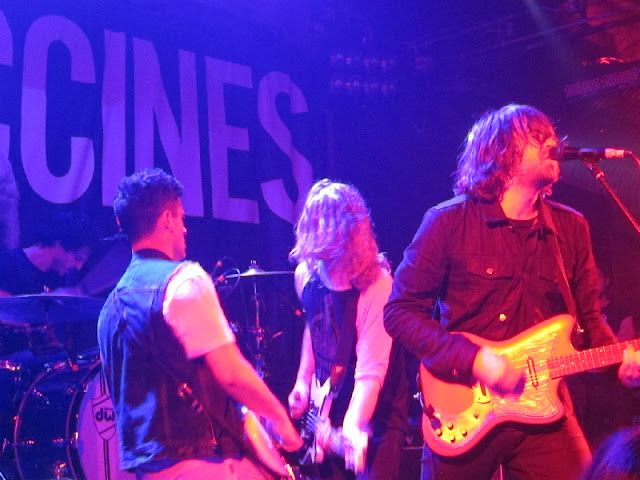 I love The Vaccines.  I've loved them ever since I randomly heard "If You Wanna" on NME and then took forever to find the name of the band.  I'd google the lyrics and come up with nothing.  Until one day, it came up.  The Vaccines.  Then I started hearing other songs that were right up my alley, only to discover they were also by The Vaccines.  My discovery happened just in time to purchase tickets to their first LA show at Spaceland, er, Satellite.  Rodney and I still refer to it as Spaceland, but more on that later.  That was super fun.  Then I went to see their free show at Amoeba.  Sadly, Arctic Monkeys at the Palladium tickets were sold out, before they announced The Vaccines were supporting.  If they had said so earlier, I would've gotten tickets.  Anyways, then they were supposed to play the Fonda last September, which I had purchased tickets for, but it was cancelled due to Justin's surgery.  I'm so glad that he got that taken care of, and hope he continues to do so.  Post Justin's surgery, I got to see a little bit of their set at Coachella.  But I was so ecstatic to hear of their Troubadour date and their new album.  The band is lovely.  I love love the first album.  I love love the new album (must check out "I Always Knew" and "Aftershave Ocean").  Great energy, fun rock and roll set.  It felt short, but I guess it wasn't really.  I forgot that they don't do encores, instead they just power through the entire set.  I was also confused about the encore because normally, they turn the lights on, no?  Needless to say, such an awesome sold out show.

Another highlight was meeting Rodney Bingenheimer!  I've seen him at some concerts, but I've never met him.  I walked into the Troubadour, and he was right there, so I totally went up to say hello.  He was super cool and we chatted for a while about music.  I love talking about music.  He told me he was missing Adam Ant to see The Vaccines.  And talked to me about seeing Blondie the night before.  He asked me how I discovered The Vaccines.  And lots more chatting.  He also gave me a Rodney button!  What a great night.

The Vaccines new album Come of Age out in the US on October 2, 2012
Already out in the UK 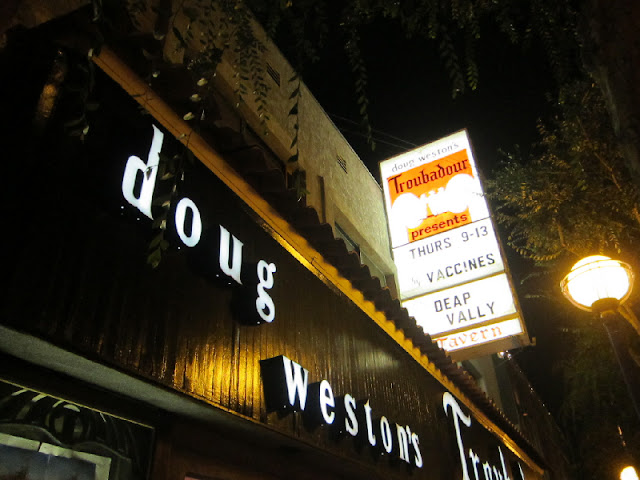 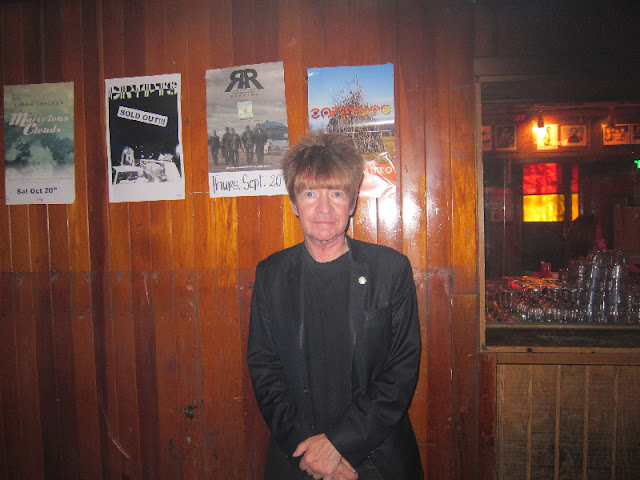 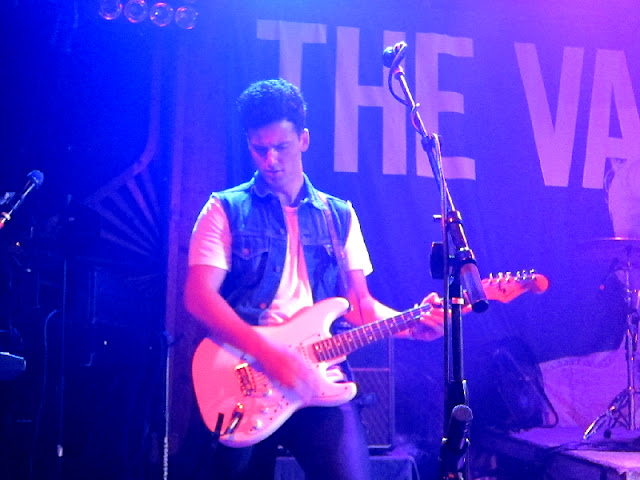 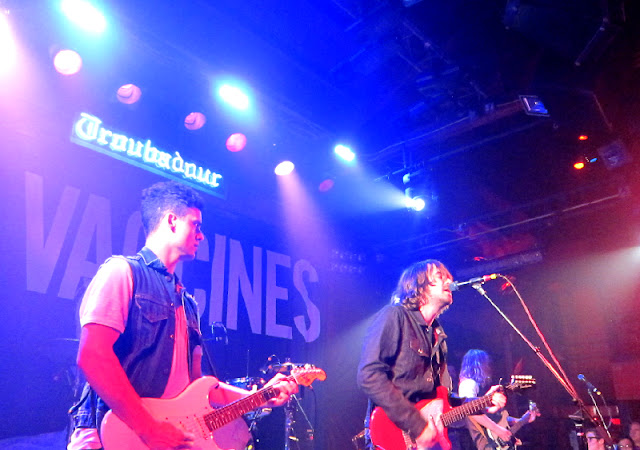 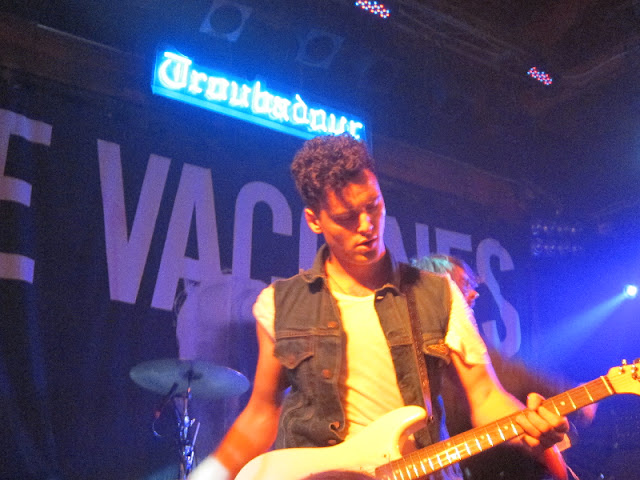 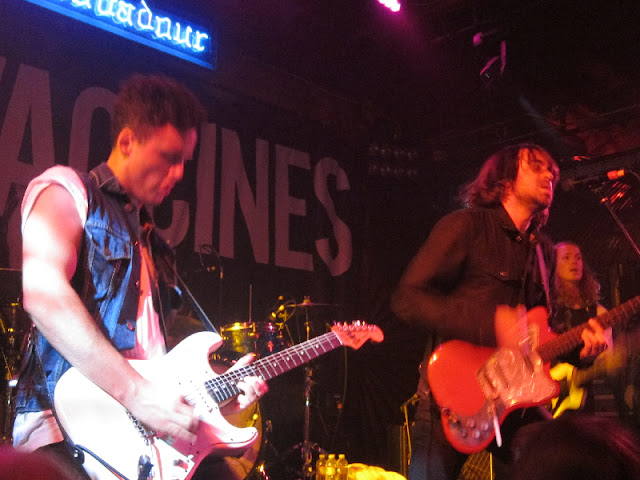 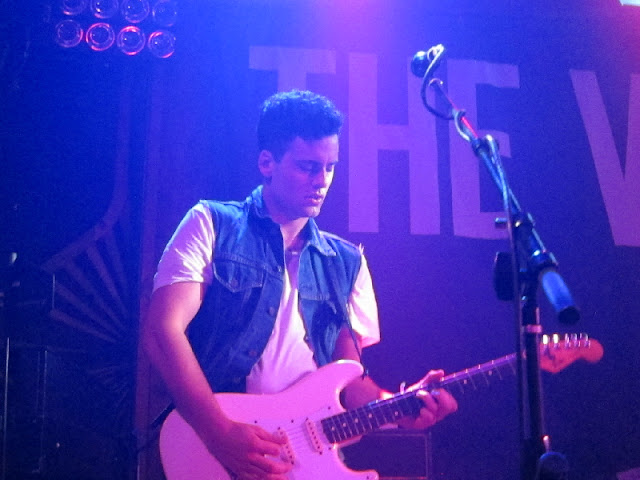 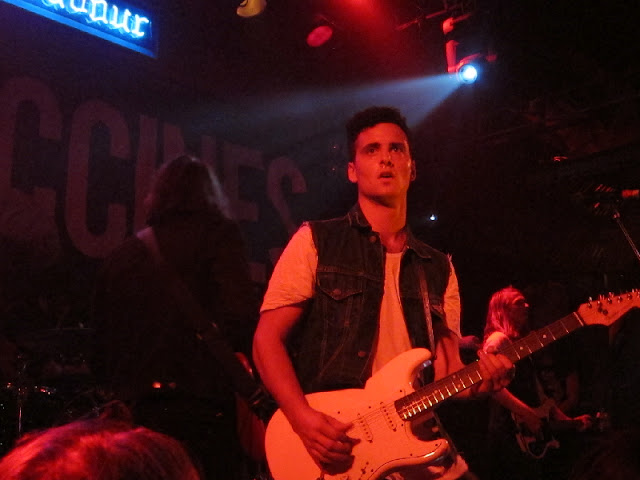 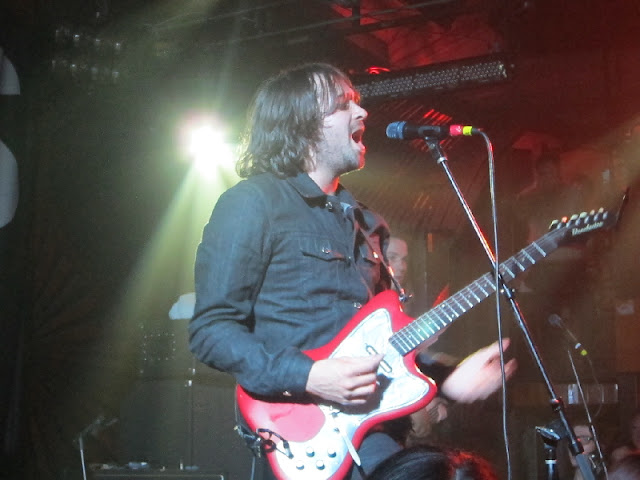 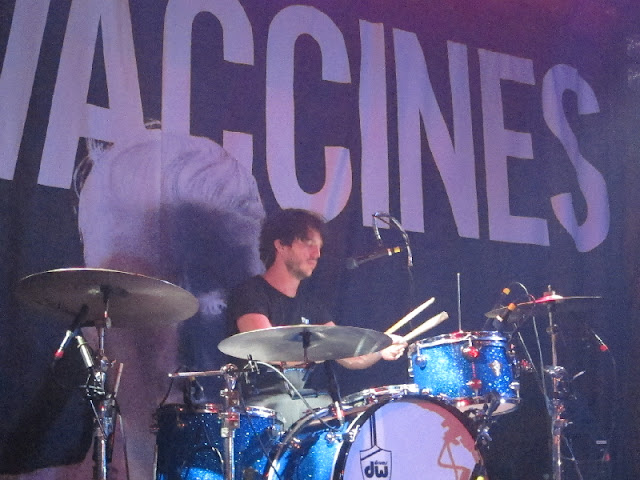 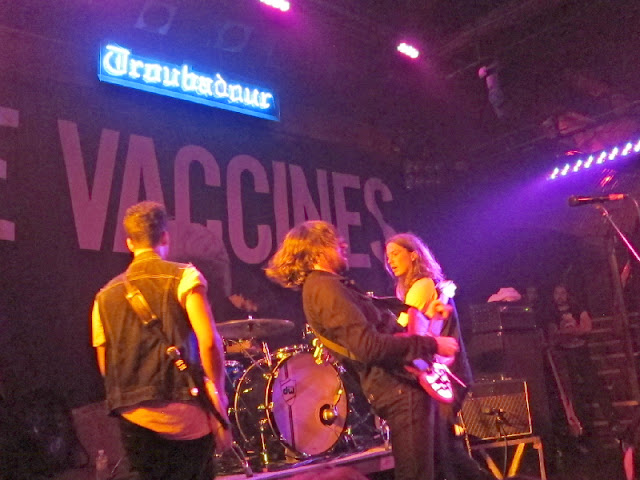 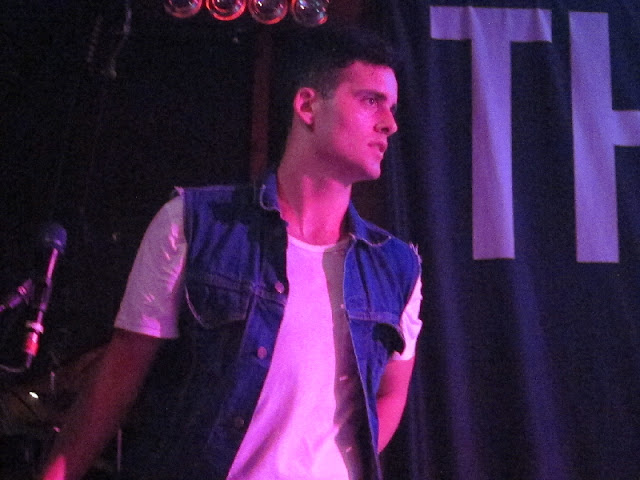 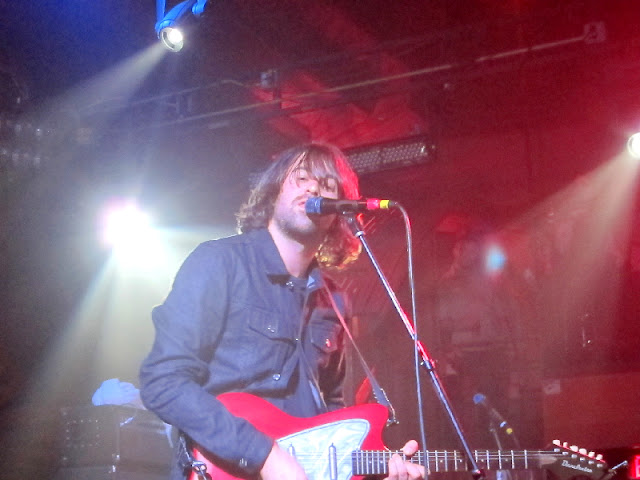 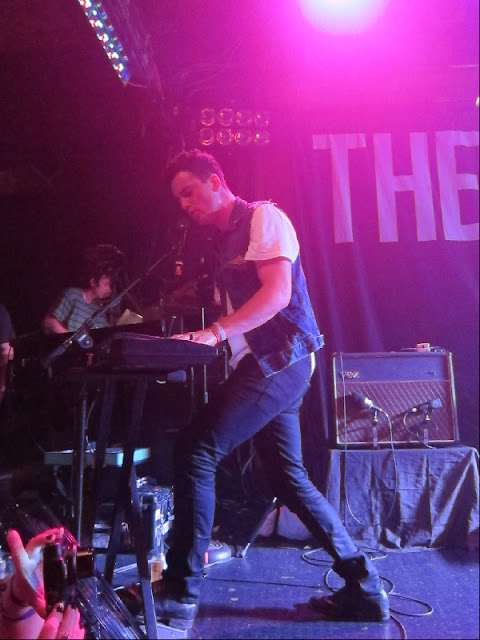 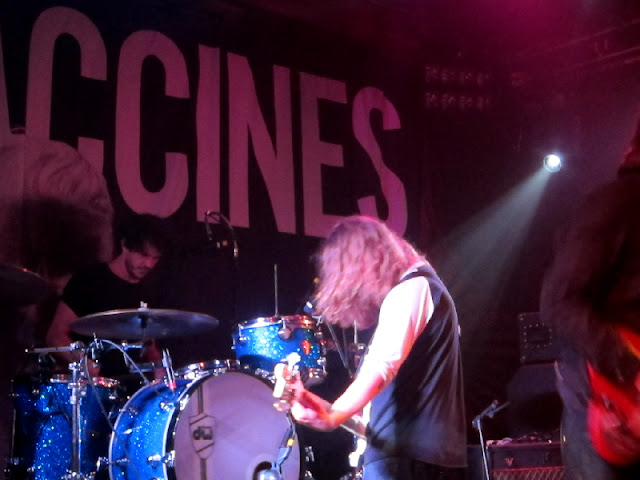 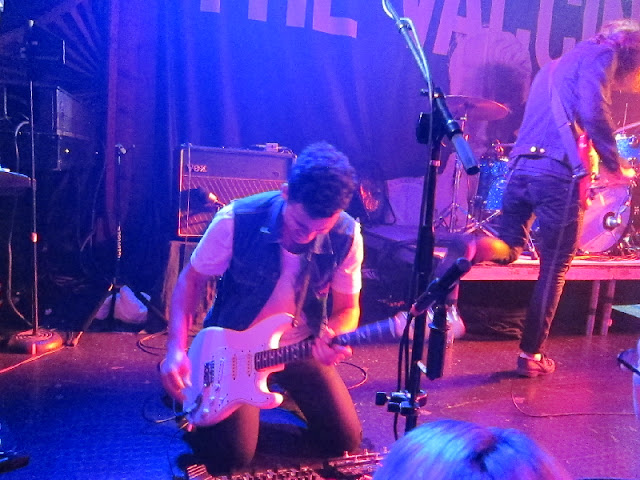 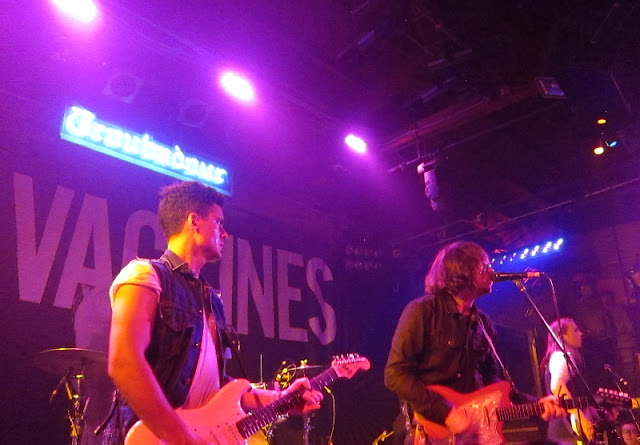 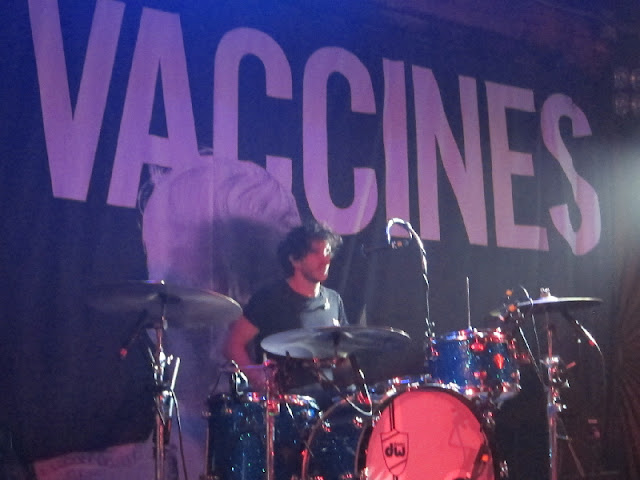 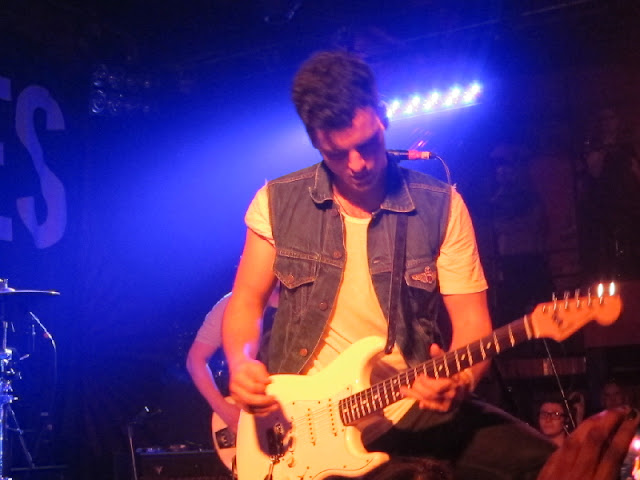 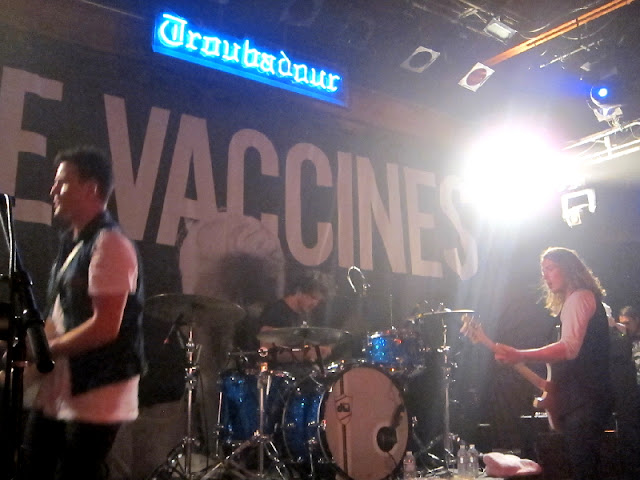 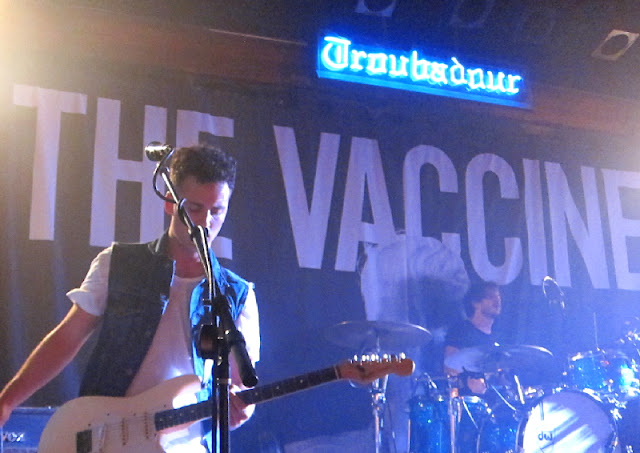 The Vaccines at Coachella April 2012

The Vaccines at Amoeba June 2011

The Vaccines at Spaceland January 2011

Posted by Youngest Indie at 9:02 PM