The sense of time catching up with me 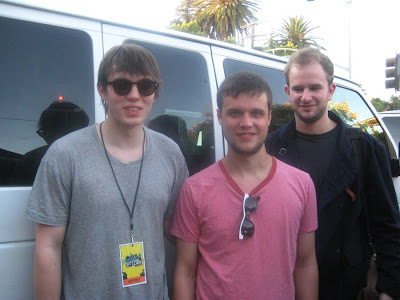 So after an overwhelming lineup of shows, the finale of the amazing and successful Filter's Culture Collide festival was on Sunday at the Toyota Antics Block Party. This event was actually free with rsvp. They said they would have a separate area for the festival wristband holders, but it wasn't that great. I don't particularly like big festival setups, especially when they're free. We were very lucky because we got VIP wristbands. Who cares about the free beer, I was just so happy to be able to use a real bathroom. You know I really dread the festival porta-potty. Yuck! Well, to start off, we circled forever looking for a parking spot. I started to get really anxious because when I was circling, I could hear that White Lies had already started their set. I didn't know you could park at Taix. That's where we ended up parking. After checking in at VIP, we hurried over to the main stage where White Lies were singing the last song of the set. We got to meet them afterwards and take pictures. They were really nice and they signed stuff and took pictures for all their fans. I love White Lies. Then, we walked over to the other stage to see Amusement Parks on Fire. We also checked out part of Cass McCombs (I like his song "Dreams Come True Girl", very sweet doo-wop like). Then, it was time for Tokyo Police Club. It was a fun set with special guest Jeff from Passion Pit joining them for the last few songs. See picture of Greg below posing with a Youngest Indie moo card, and I didn't even ask him to do that. Sweet. Sea Wolf closed out the night at the church, but I had to go home as I had work the next day, and it was getting late. I was sad I missed it, as I do like Sea Wolf a lot. And it must've been amazing to hear "Wicked Blood" inside a church. As a music lover, I bought tickets to this festival as soon as it was announced. I didn't even know the full lineup, but it was by far one of the most exciting events ever in Los Angeles. I had a blast and it was just super exciting and awesome! 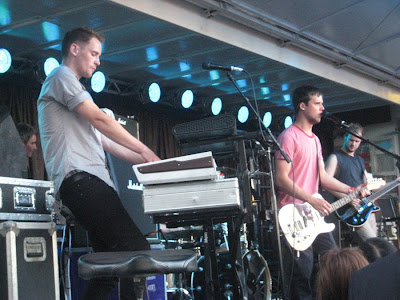 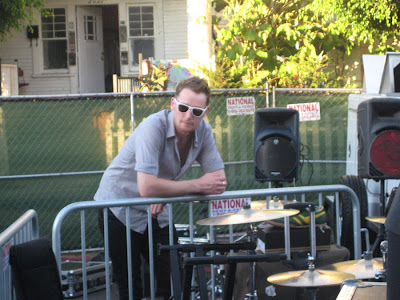 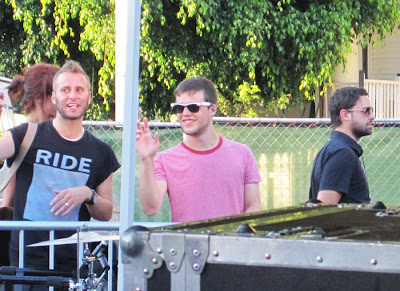 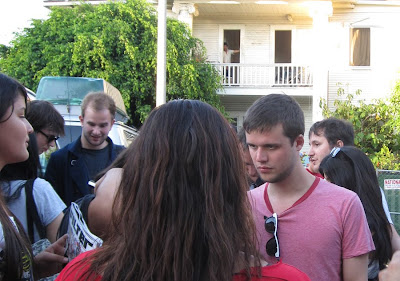 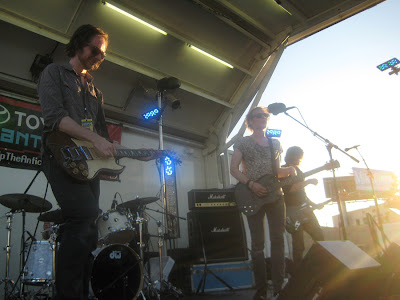 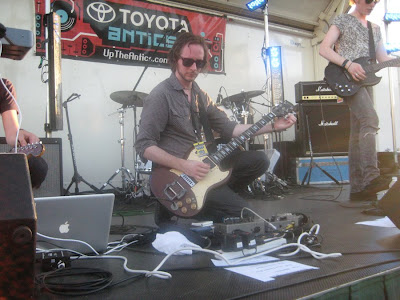 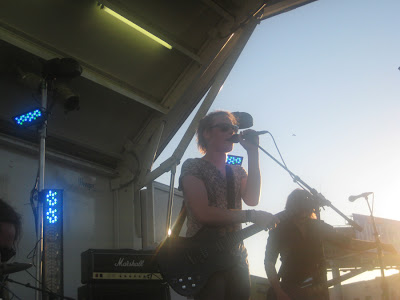 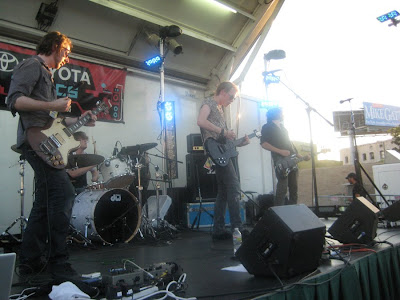 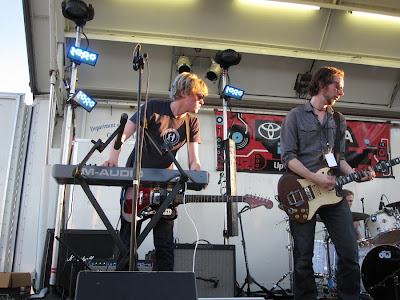 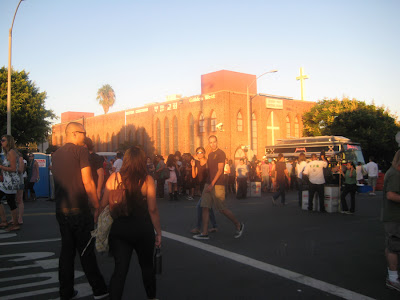 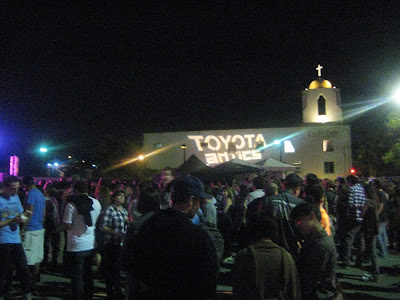 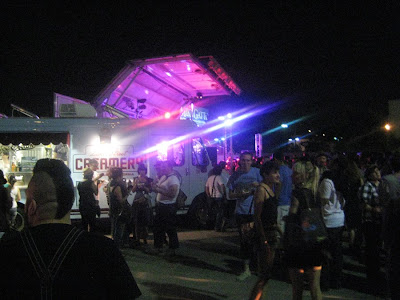 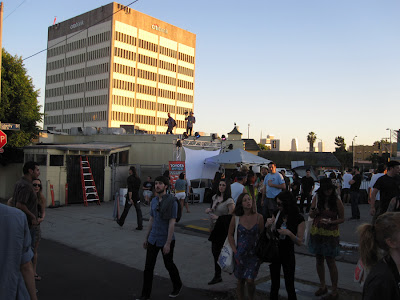 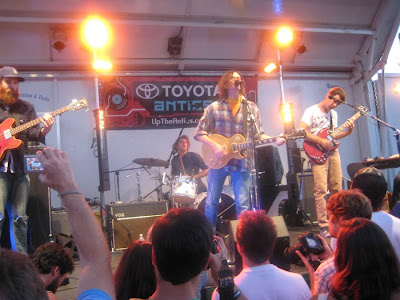 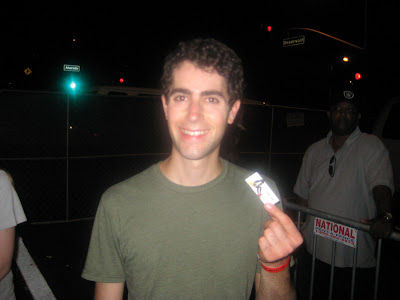 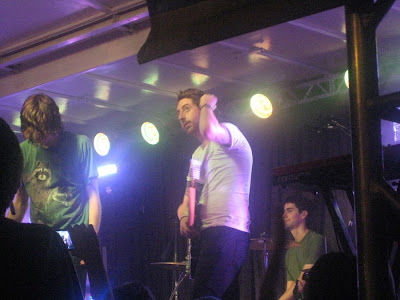 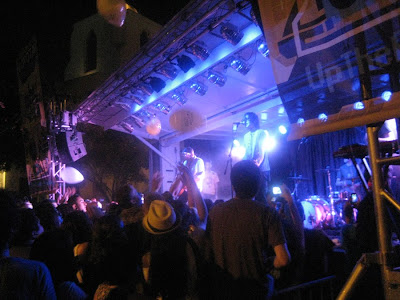 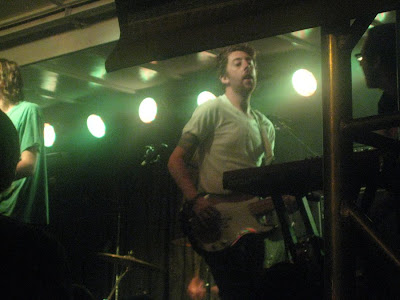 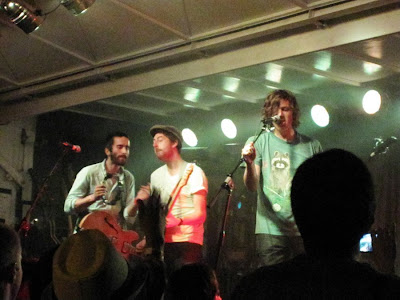 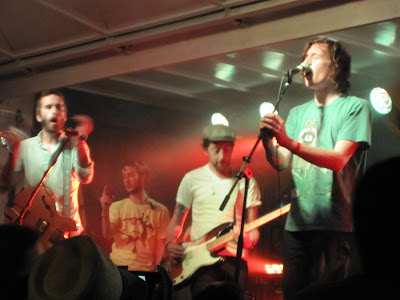 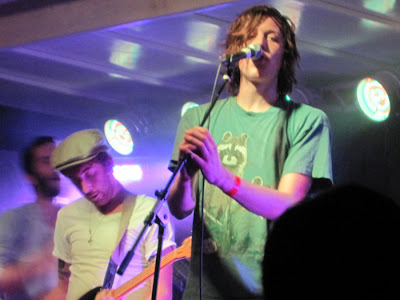 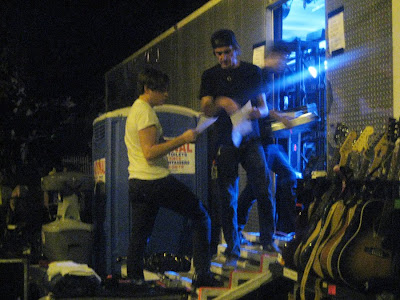 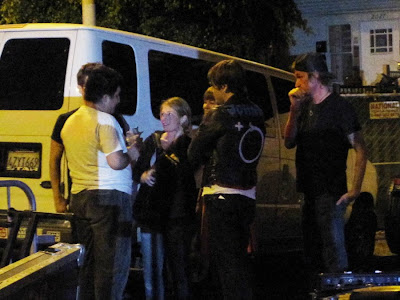 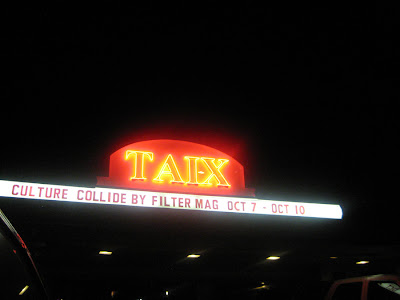