The difference between us 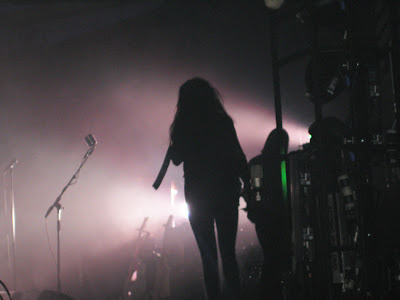 The Dead Weather played a sold out show at the Hollywood Palladium. The opening band was Harlem, and I didn't know them at all. But, they played a good set. Actually, their songs and style is really that raw garage rock sound I love. I'll definitely keep an eye out for them. Later, the techs that set up the stage for the Dead Weather were all dressed in black hats and suits with blue ties and some of them had beards. So, basically, even before the band came out, I was really impressed and appreciated the effort they put into the whole presentation. Things like that inspire me. The stage looked great, and then the band came out. When they started playing, the first thing that popped into my head was that they make everyone look like sh*t. I thought this because having seen so many bands live, I've seen some bands who aren't even good. Like, they look like a band, but they can't even play past a G and Em and they think they're the hottest band. Not to sound like a snobby critic, but I just can't stand that. I hope whoever is on stage can play the guitar better than I do. Anyways, if you've listened to the Dead Weather, you know it's just straight up heavy good old rock and roll. Another thought that went through my head: "I need to get a distortion pedal". I took the best pictures I could take from where I was. Later, it was pretty cool when Jack White came down over to our side and just like hung around and fixed the feathers on his hat. Awesome. Alison is, as always, just mesmerizing and born to do what she's doing. 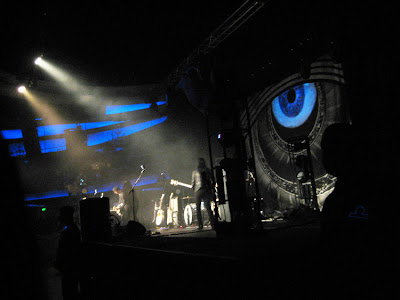 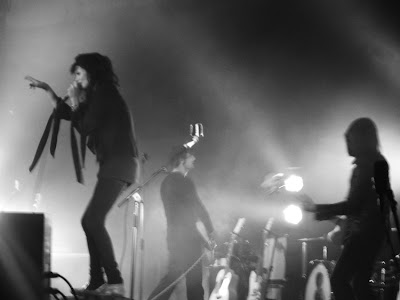 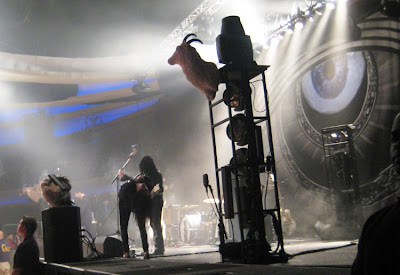 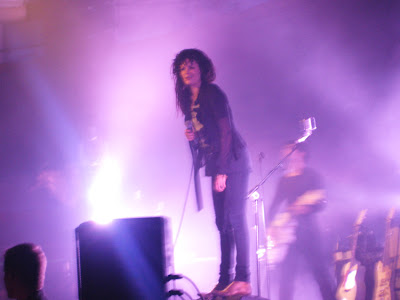 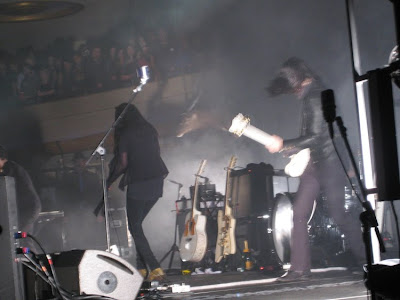 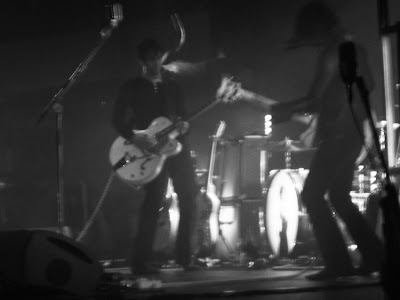 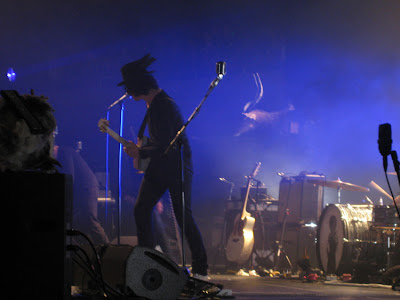 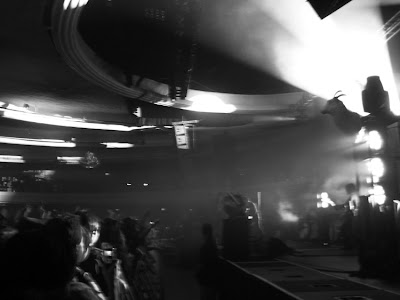 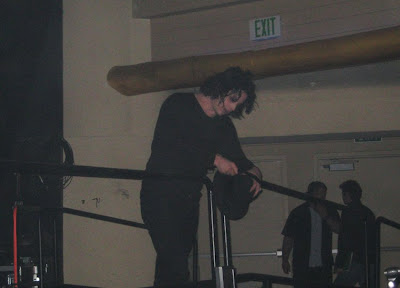 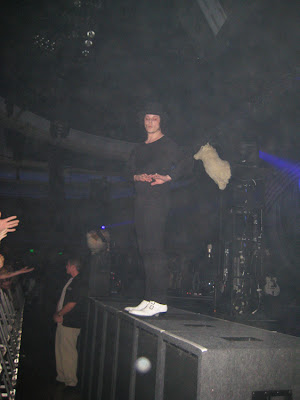 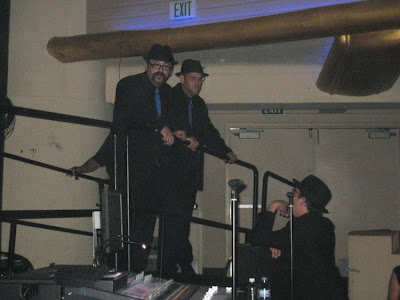 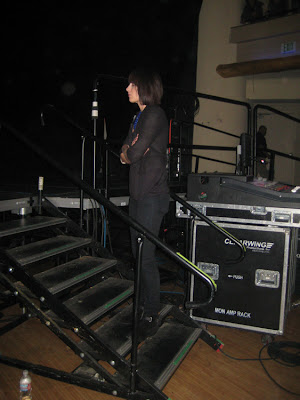 Looks like someone loves vertical stripe pants as much as I do! 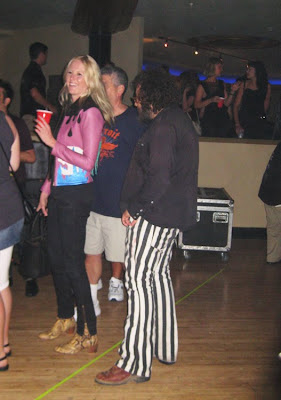 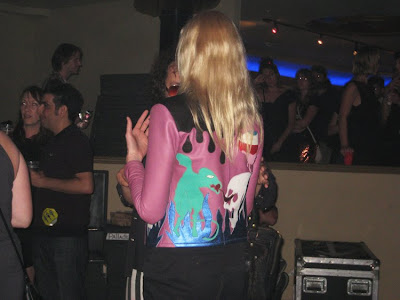 Posted by Youngest Indie at 4:24 PM