Look at you, you're so important 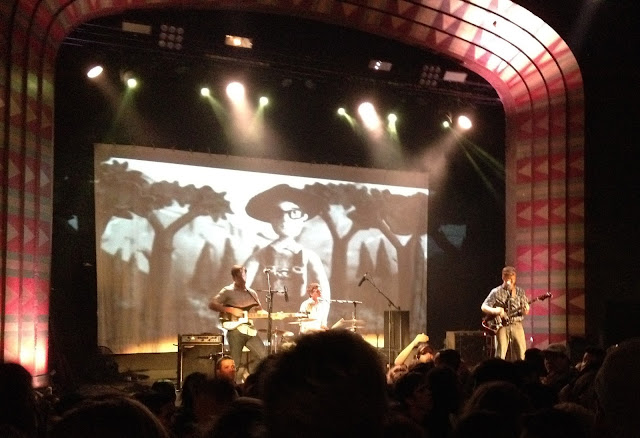 Tijuana Panthers played their record release show on September 4 at the Regent Theater in Downtown LA.  It was my first time at this venue after the big renovation.  I've been there before the makeover, back in 2008, so it was great to be able to see the before and after comparison.  I got to the venue just in time for The Garden.  I wasn't really familiar with their music, I just knew them for being Saint Laurent models.  So I really didn't know what to expect.  Honestly, I haven't been listening to a lot of new bands lately.  But I will say that I was pleasantly surprised by their performance.  Really enjoyed it: their energy, performance, and sound.  I know some people don't like bands who perform with tracks playing from lap tops, but I honestly don't mind it too much if you really can make it work.  The Garden made it work, I think.  Thought they were pretty refreshing.

Tijuana Panthers new album Poster just came out last week!  If you haven't heard yet, please go check it out (available on CD, vinyl, digital).  Well, Tijuana Panthers sounded great!  The crowd was crazy as usual and really loving it.  It was a great show.  The set list was a mix of old and new.  I really enjoyed the visuals in the background screen.  The footage from Pee Wee's Playhouse went so perfectly with the music of Tijuana Panthers, I really got a kick out of that.  Also, if you don't know by now, I had the honor of making the music video for the second single "Set Forth".  The video was also used as the background visual.  It was a thrill to see.

Random side note:  The Regent has small signs posted on the wall that say crowd surfing is not allowed.  There was a security dude in the front, and in my history of going to concerts, I have never seen a security guy who was such a pro at scooping out the crowd surfers.  I was really impressed by his talent.  Regardless of the sign, fans had fun crowd surfing to the tunes of their favorite band.

Poster, out on Innovative Leisure Records, is quite different from past Tijuana Panthers albums.  It still sounds like them but it's definitely a new take on their sound.  Great new album.  Go listen! 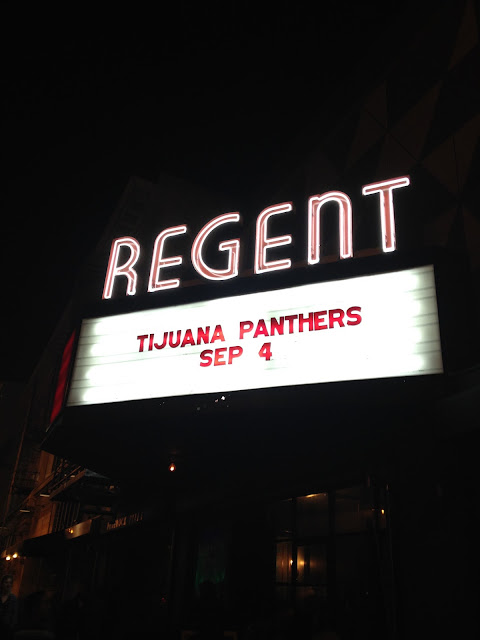 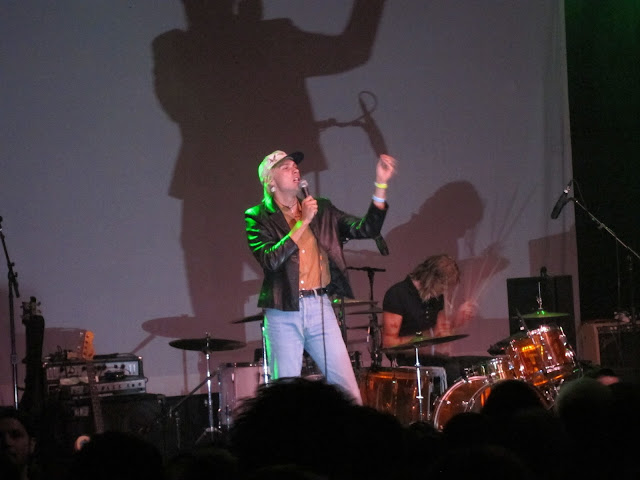 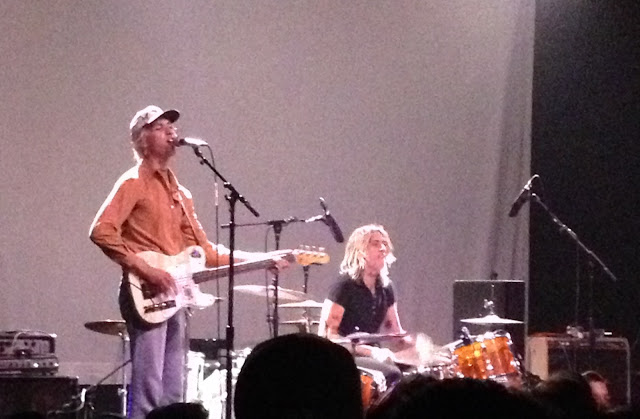 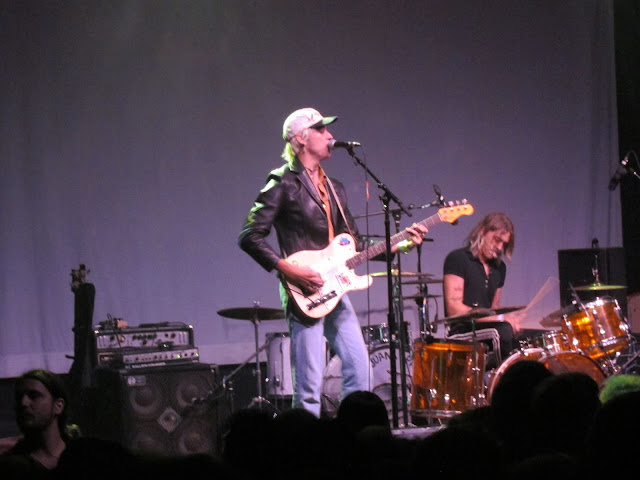 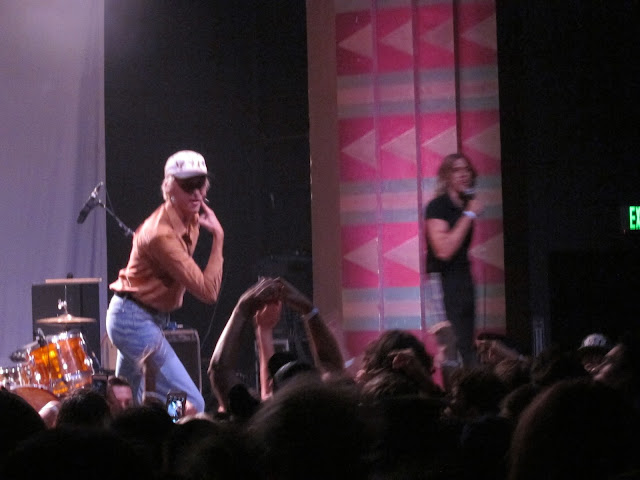 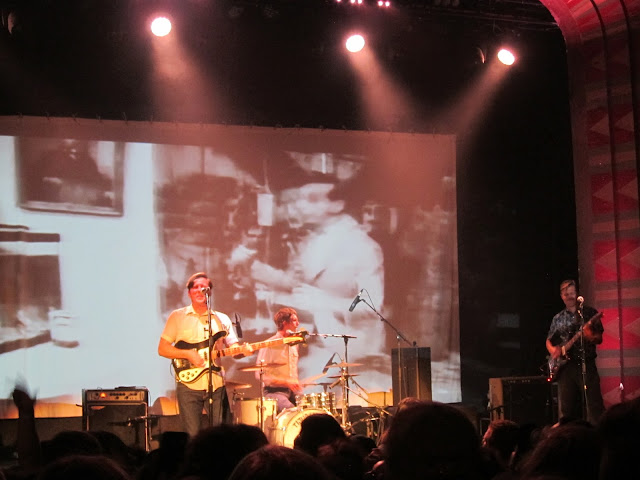 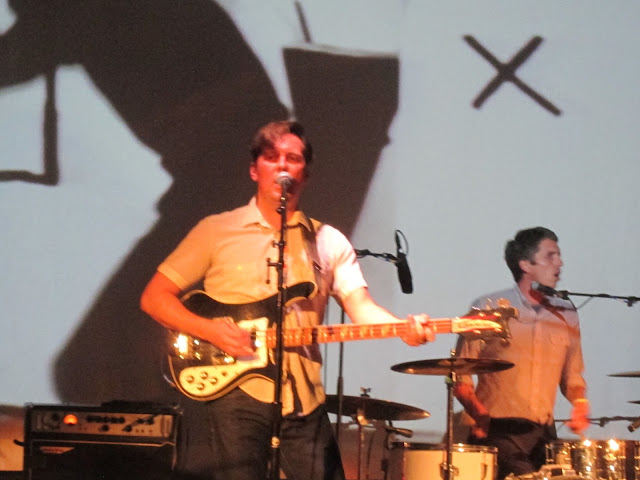 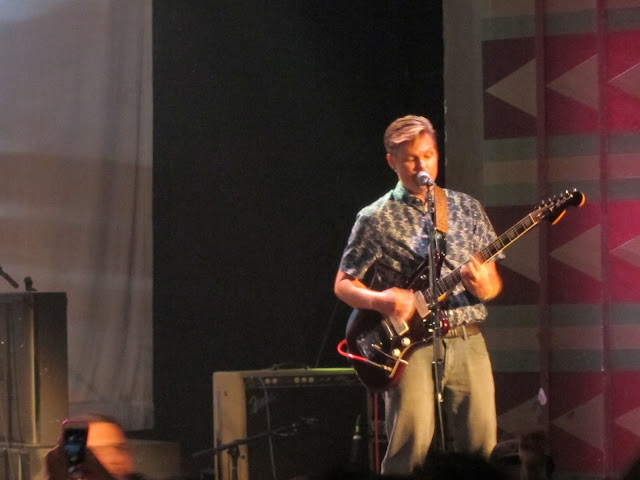 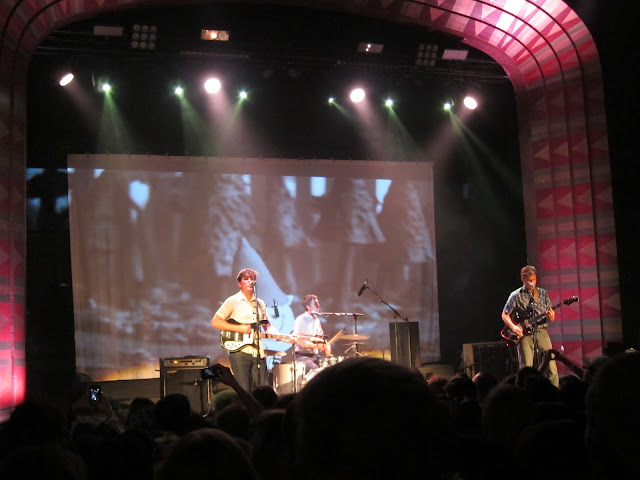 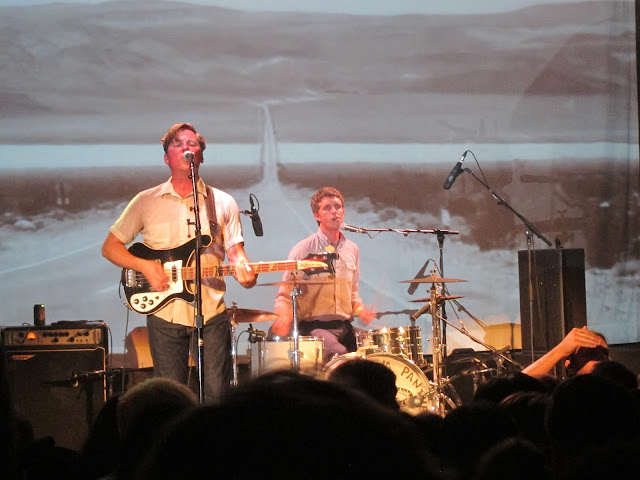 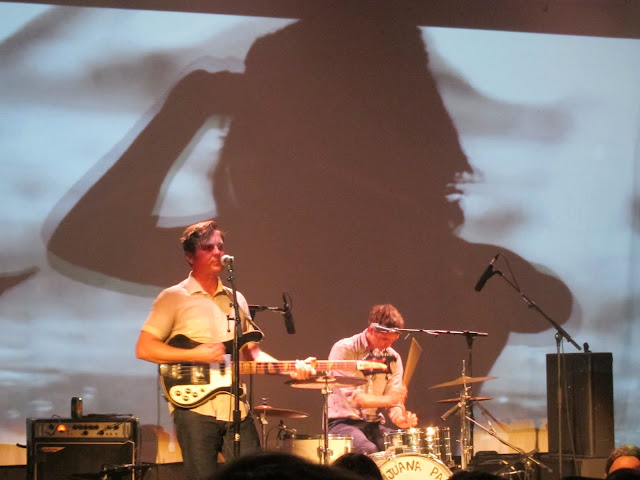 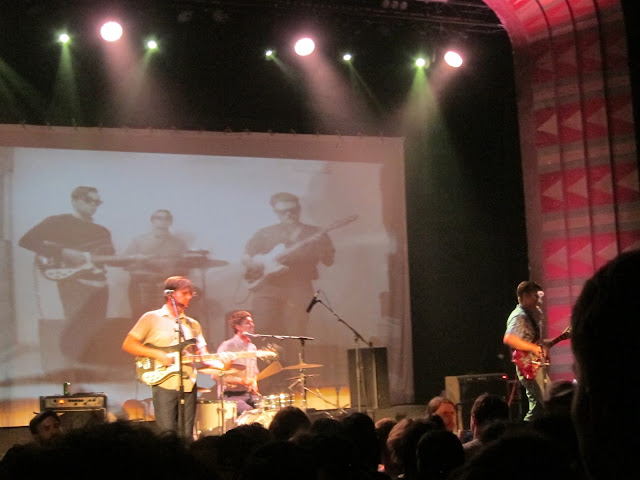 Posted by Youngest Indie at 2:50 PM