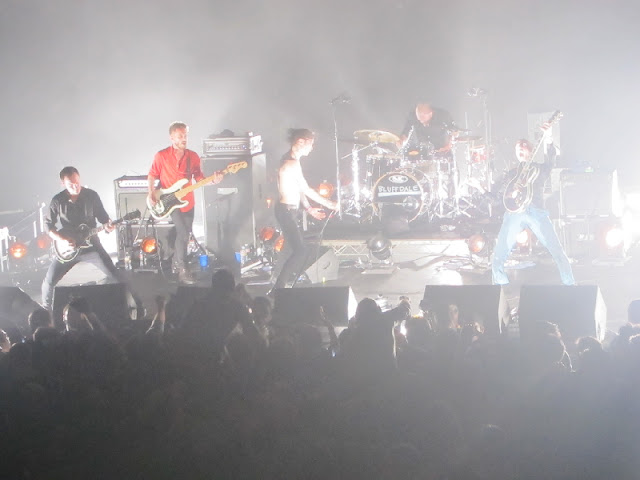 I almost just posted pictures and not write anything.  It's kind of difficult to put into words.  I don't want to overdo it and I don't want to keep it too short and simple either.  So here goes.  After I first discovered Refused, this was after they had stopped touring, I knew they were just freaking legends whose music sounded forward and timeless.  Then, I went on to find out about the International Noise Conspiracy.  I first got to see them at the Troubadour back in 2005.  That was kind of a blur.  Then, I got to see them again in 2008.  That was super cool because I got to meet Dennis and Inge.  Then several years went by.  In January 2012, when the Coachella line up was announced, and I saw Refused on the bill, my reaction was probably really stupid and total fan girl.  But I'm pretty sure that even dude fans had that same reaction as I did. Thanks to Refused, I decided to go to my first Coachella ever.  And my first Coachella is something I'll remember forever.  I was over confident that I would get tickets to the Glasshouse show, but everything just fell apart, timing wise, and work wise, so I was majorly sad about missing that show.  I wasn't too sad because I had Coachella.  I went to the second week.  For the first week, I was at home and watched the entire webcast and just couldn't take in what I was watching.  I made it to an awesome spot near the side front and got an amazing view without getting trampled over.  The loud sounds, the amazing bright lights, the beautiful desert night air, and blackness of the sky, with palm trees in the background, I saw Refused for the first time ever in my life.  Fast forward to FYF, and if you've been following this blog, you will know I got majorly sick at the festival and had to come home, missing Refused's set.  I was just devastated.  Thankfully, they returned to play the last US show at the Fonda Theater in Hollywood.  When the tickets went on sale, I was completely stressed out, because there were no tickets available. I tried numerous times, couldn't get floor tickets, or balcony tickets, then magically, I somehow got balcony tickets.  I'm a total floor section-get-in-there-let's-dance kind of girl.  But I didn't mind being at the balcony.  I've never seen so many males than females at a show.  I'm guessing the percentage was 95% males to 5% females.  I would've passed out if I were down there.  I got a great view of the stage, forgive me for the low quality photos.  So there.  I guess that's it.  It was a crazy year and I couldn't even believe what has happened.  But, without a doubt, Refused's reunion tour this year made everyone happy and gave them the proper celebration their music deserved.  I don't think I've fully digested all of this yet.  We will one day realize that, yes, this did happen, and sometimes you do get to see legends in the flesh. 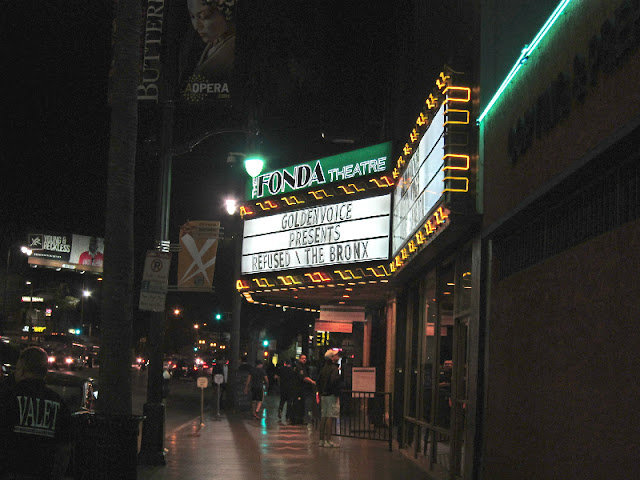 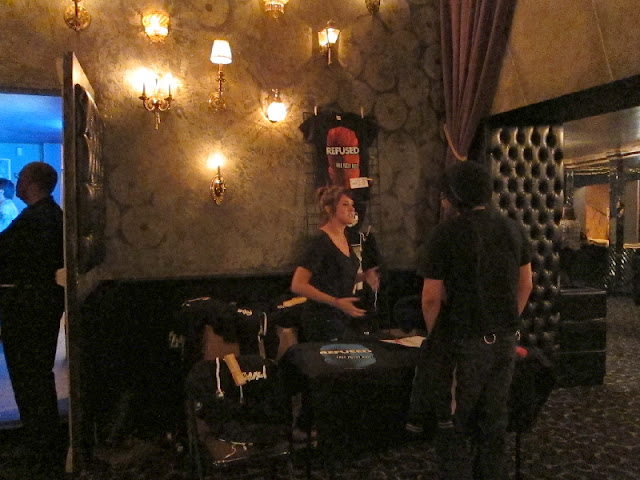 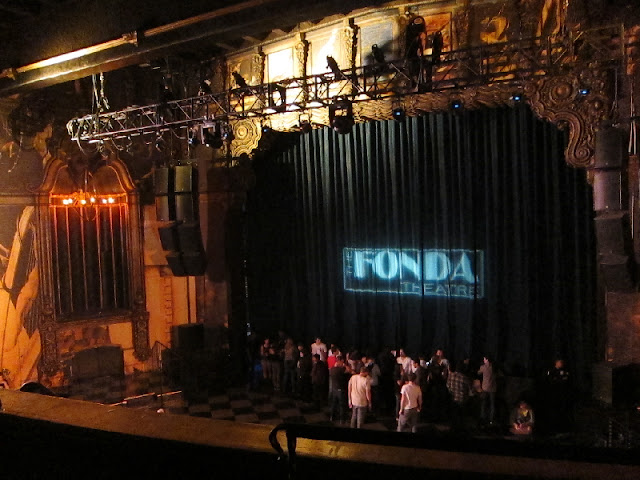 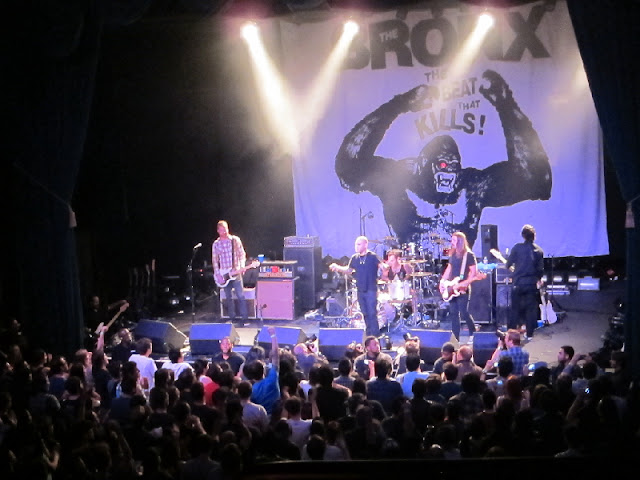 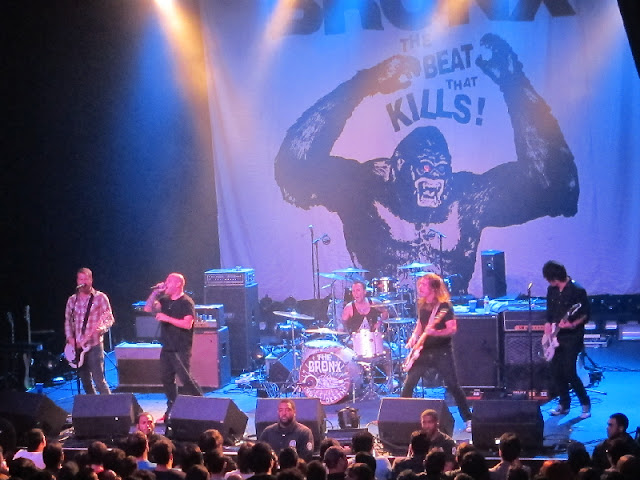 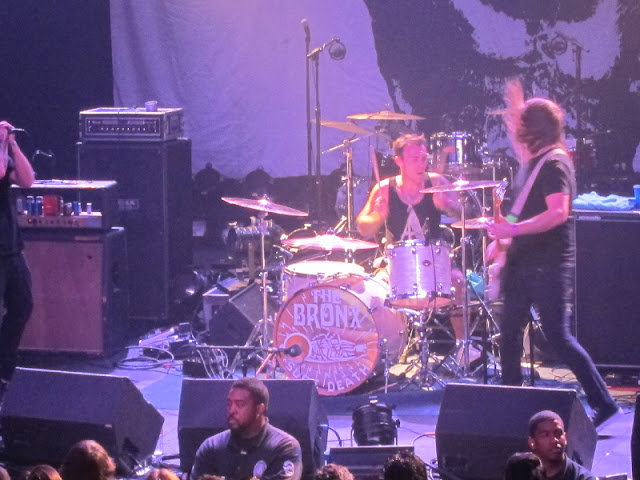 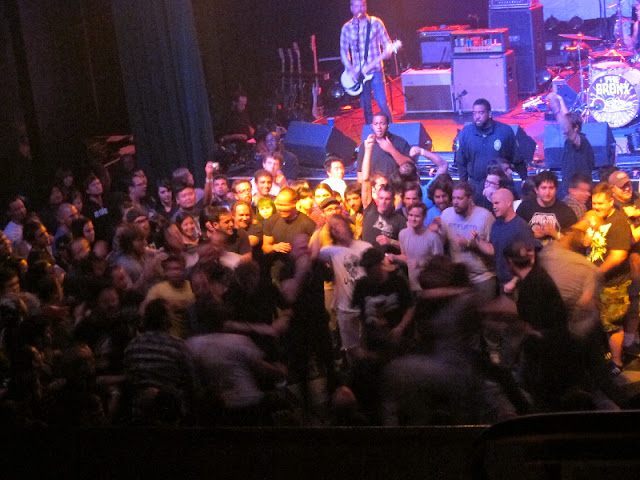 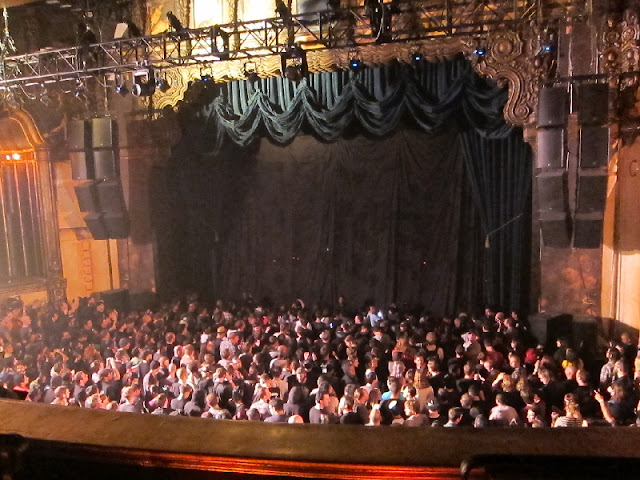 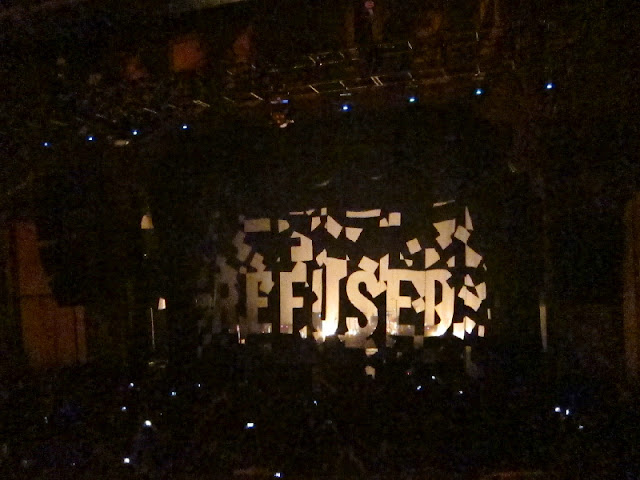 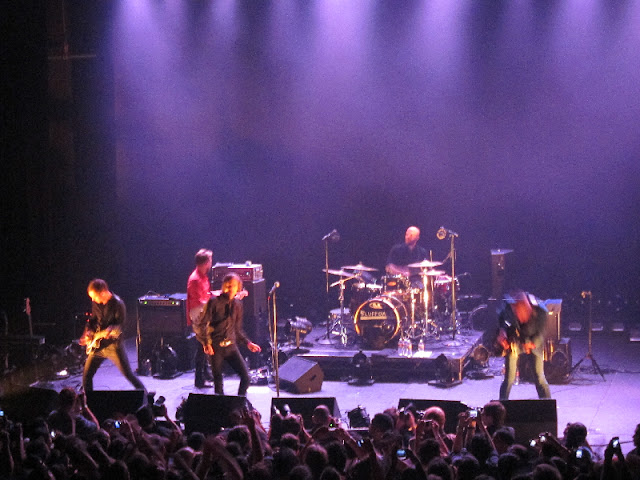 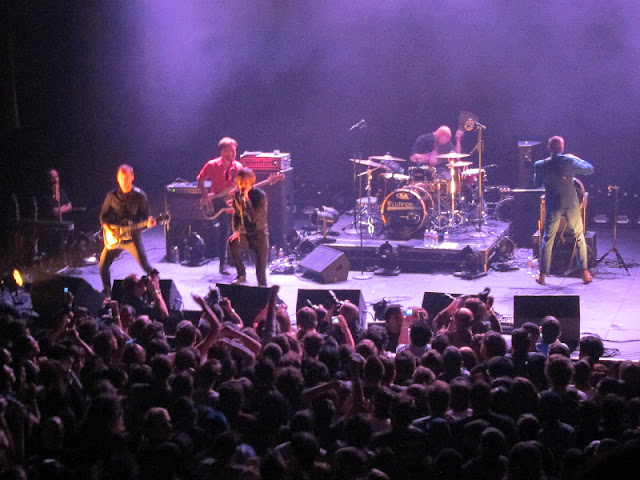 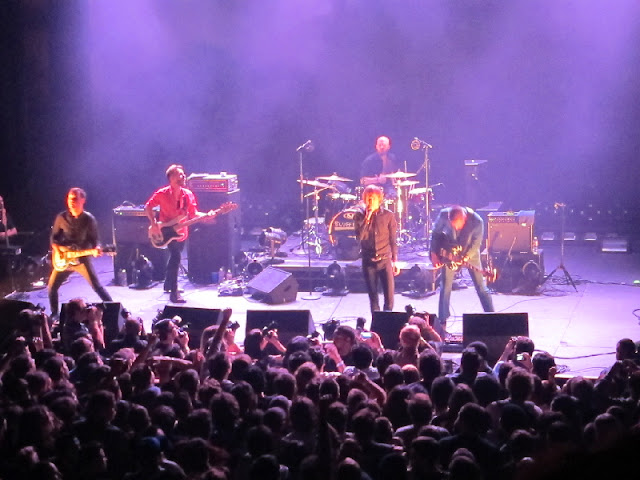 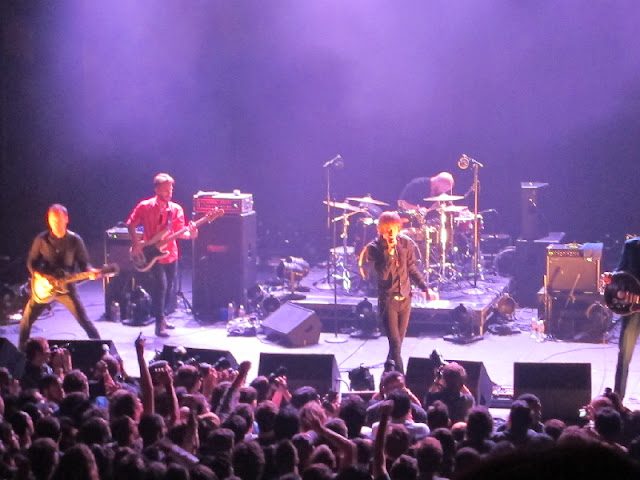 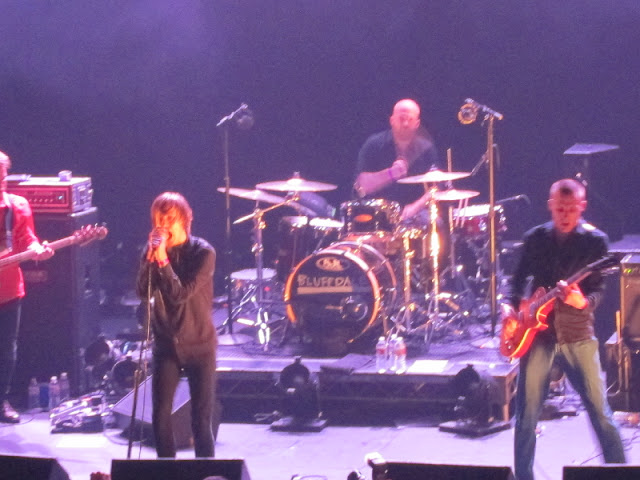 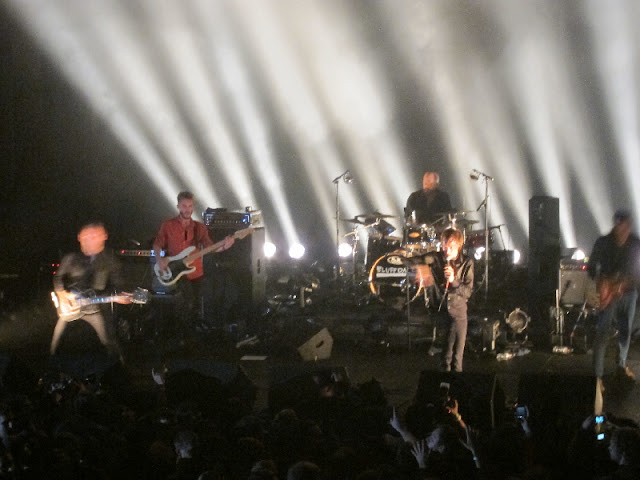 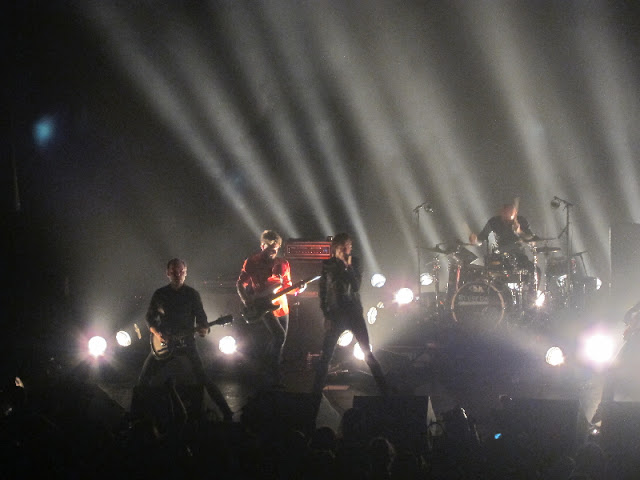 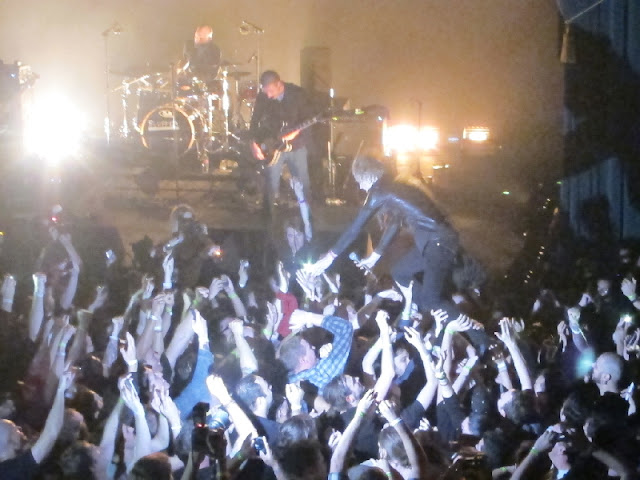 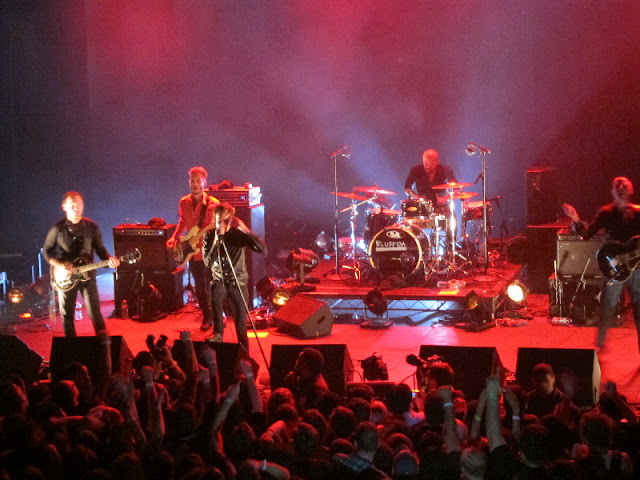 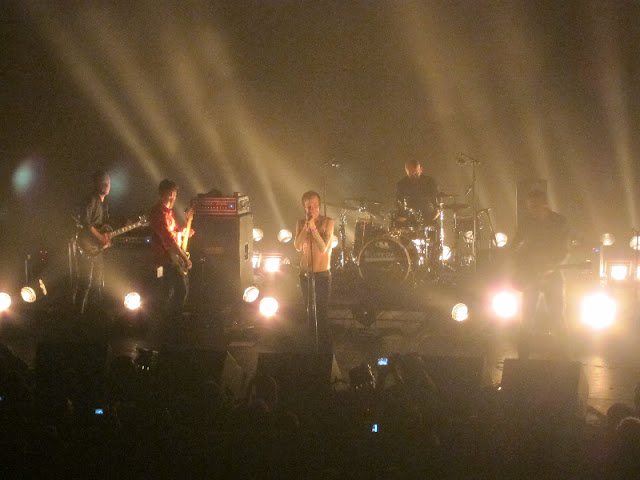 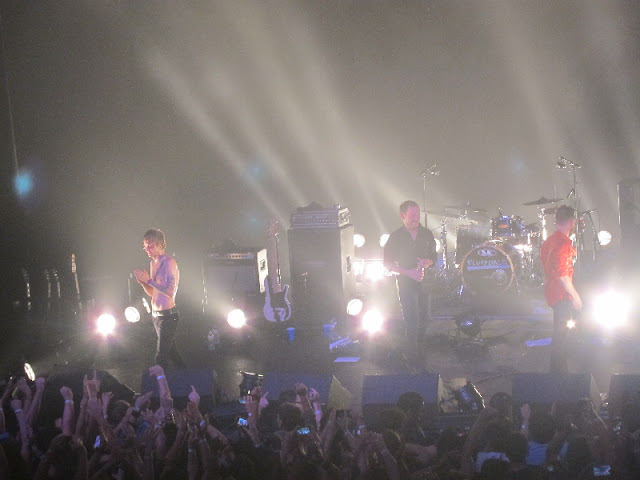 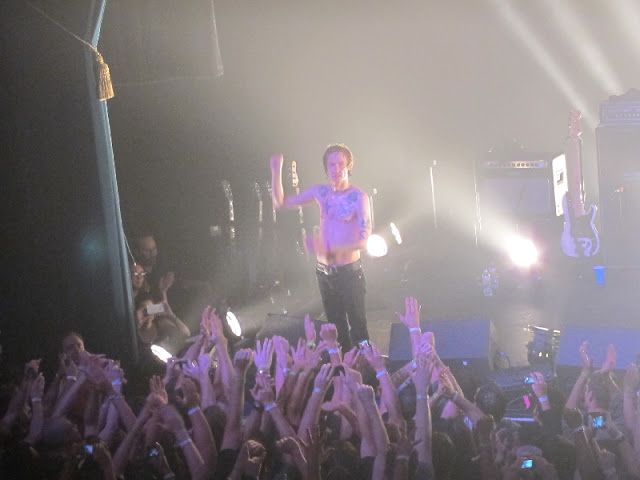